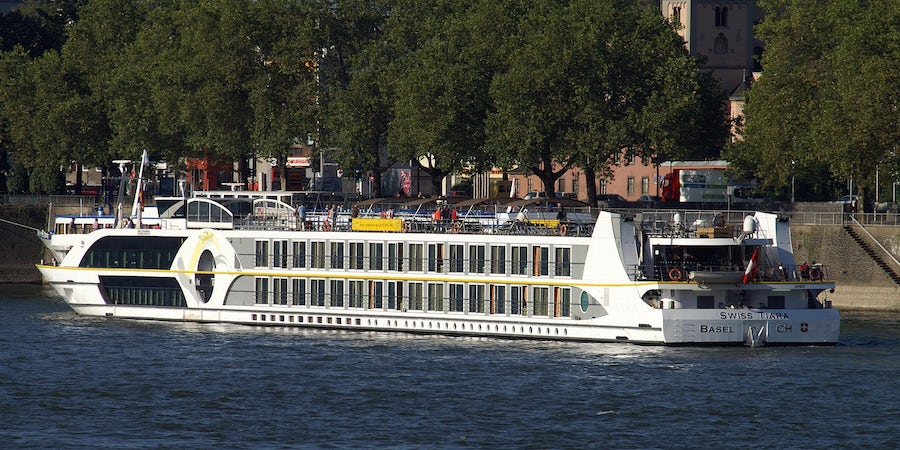 Why Riviera Travel Is the River Cruise Line for You

Founded in 1984, the U.K.-based tour operator Riviera Travel has become the country's largest provider of European river cruises with a fleet of 12 modern vessels sailing on the Danube, Main, Moselle, Rhine, Rhone, Saone, Seine and Douro. It also charters ships on the Nile, Mekong, Ganges and Yangtze. Offering value-for-money itineraries, Riviera now sells its cruises in the U.S. and Australia.

Here are 10 reasons to love Riviera Travel for a river cruise -- and some that might mean it's not the company for you.

In the U.K., Riviera has consistently won awards for its value-for-money fares, which are around $1,000 less than similar itineraries offered by other lines. The operator's "price promise" means that fares are never discounted so everyone pays the same (preventing that awkward dinner conversation when you discover your tablemates paid much less for the cruise than you did). There is also no surcharge for paying by credit card.

Fares cover return travel and transfers, all onboard meals, shore excursions, taxes and fuel supplements. Being a U.K. operator, where the custom of tipping is not as deeply entrenched as it is in North America, gratuities are not included and entirely discretionary. The recommended amount for passengers that want to tip is 5 to 10 euros per person, per day -- less than the majority of other lines.

Solo travelers, who often get a raw deal on other cruise lines with punitive single supplements, get a great deal with Riviera. On each sailing, a certain number of lower deck cabins -- usually around five -- are set aside for single passengers with no additional supplement. Each season there are a number of exclusive solo sailings with no single supplements at all, so you can splash out and book a suite and pay the usual per person fare.

Until recently, Riviera catered solely to the U.K. market. So, if you love all things British, you will enjoy some of the onboard novelties that you won't find on ships aimed at North Americans. Brits always grumble about not being able to get a proper "cuppa" -- made with boiling water -- when they're abroad. Not so on Riviera, where all the cabins have a kettle and an assortment of tea bags, including Twinings English Breakfast Tea plus hot chocolate for a comforting bedtime drink. For coffee fans, there is also a Nespresso machine in every cabin. At breakfast the buffet choices include all the components of the great British "fry up," including eggs, bacon, sausage and baked beans (the latter a rarity on most riverships), plus the curiosity of being able to tuck into semolina pudding during the first meal of the day.

One of the reasons Riviera's prices are lower than most of its competitors is because no beverages are included in the fare (a minus for some, of course). Most lines offer complimentary wine with lunch and dinner -- some even have an open bar -- which means that non or light drinkers are effectively paying for something they don't consume. On Riviera all drinks, aside from tea, coffee and water, are extra.

Room service is uncommon on riverships and mostly confined to a handful of the more expensive lines. However, Riviera includes complimentary room service breakfast. The continental-style meal includes tea, coffee, juices, pastries, cereals, fruit and colds cuts. Orders are placed on a card and left outside the cabin before midnight and passengers can choose for breakfast to be delivered at eight time slots between 8 and 10 a.m.

If you fancy a change from the main dining room, Riviera offers a specialty evening venue, the Bistro, on the latest additions to the fleet. Situated aft and pre-bookable onboard at no extra cost, it serves the same menu throughout the week. A typical dinner might include a prawn cocktail, melted Camembert or Caesar salad appetizer followed by a choice of two soups, such as roasted tomato or German eintopf made with beef and root vegetables. Main dishes could include Irish beef, herb roasted free-range chicken breast, "bangers and mash" (sausages and mashed potato), sashimi-style tuna or a veggie burger, with apple pie, ice cream or cheese to follow.

Many of the ships have a small gym, massage room, hair and beauty salon, and fleet of bicycles, some of them electrically assisted. Again, these are the type of luxuries you'd usually associate with the pricier lines. Some ships also have a sauna and splash pool.

Internet connectivity on riverships is never guaranteed and can be patchy and nonexistent at times. In addition to free Wi-Fi, which is fine for emails and social media, there is also a Premium Internet Package for passengers who need a faster connection or additional services. OK, it costs an extra 20 euros per cruise, but that's a small price to pay if you need a good connection.

Riviera Travel isn't going to be for everyone. So here are some reasons why it might not be the river cruise line for you.

The plus for teetotalers is very much a minus for passengers who enjoy the free-flowing wine with lunch and dinner, or the open bar offered on other lines. However, drinks will be a better value in 2018 when Riviera introduces a drinks package priced at $129 per passenger, per weeklong cruise, which will include beer, soda, red, white and rose wine with lunch and dinner.

The food on Riviera is good but not gourmet, and skewed toward British tastes. If fine dining is an essential part of your cruise experience, and you like having the option to join an intimate chef's table or a savor a special evening sampling a tasting menu, then Riviera will leave you wanting more.

A daily shore tour is included in the fare, mostly a guided city walking tour. Riviera doesn't offer a choice of daily excursions or optional for-fee special tours, such a joining a cookery class, having tea with a local family or going to a concert. So, if you want a more immersive cultural experience, Riviera won't work for you.

Although Riviera is now marketing to the U.S. and Australian markets, the majority of fellow travelers are likely to be Brits. Nothing wrong with that, of course, but if you prefer to travel with folks from your own country you'd be better off with a line that mainly sells to North Americans.