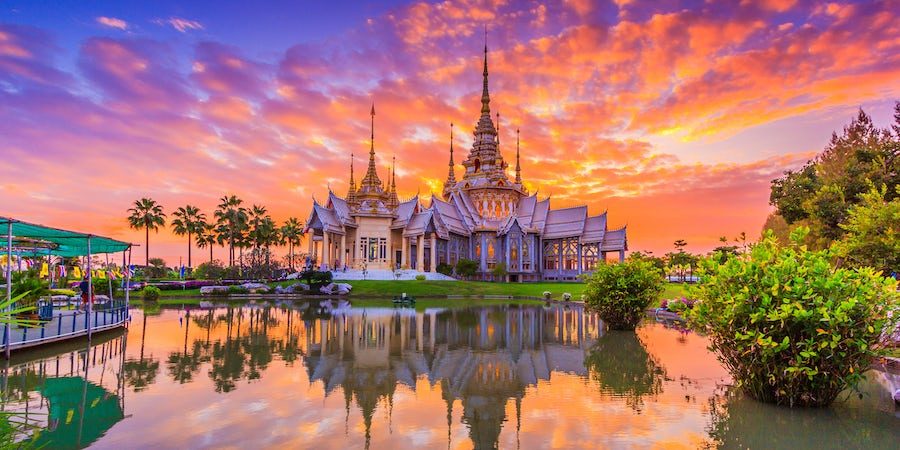 Cruise Your Way Into the Travelers' Century Club

Obsessed with "country counting," the practice of tabulating your travels to see how many places you've been? Take it to another level by cruising your way into the Travelers' Century Club.

The Travelers' Century Club is a real organization, with local member chapters, social gatherings and a website with a member forum. Founded in 1954 -- when "overseas leisure travel was still a rarity" -- TCC has a list of 325 territories (the world's 195 sovereign countries plus additional territories and islands) that would-be members check off, bucket-list style. Once you hit 100, you're in.

Whether you actually want to be a club member or are just trying to see as much of the world as possible, we think reaching 100 countries on the Travelers' Century Club list is a milestone worth celebrating -- and why not do it all by cruise? Here are our continent-by-continent tips on how to get there, both by maximizing itineraries that get you lots of countries in one trip and by highlighting places you might not have known you could cruise to.

It's hard to get to 100 countries without including Africa in the mix, but cruises here on mainstream lines can be hard to find. On the bright side, the African cruises that are available tend to visit multiple countries in one itinerary. MSC runs cruises from South Africa that visit Mozambique, Mauritius and Namibia. On the luxury end, Silversea has often been a major player, with itineraries that sail the continent's Western coast. Viking Ocean has itineraries that stop in Algeria, Tunisia and Morocco. Don't forget to look at river cruise lines like AmaWaterways and CroisiEurope, which offer nights on the Zambezi and Chobe rivers as well as overland safaris; a trip like this can cross three or four countries off your list.

On the Traveler' Century Club list, each of Antarctica's seven territories are counted, but those who have booked a cruise to the White Continent are likely to only go to one or two. Several popular cruise stops, including the South Shetland Islands and the more remote South Georgia, fall under Falkland Island Dependencies. Stop at the actual Falkland Islands and you’ll get to count them too.

The Palmer Peninsula is counted twice as Argentinean Antarctica (one point) and Chilean Antarctica (another point); it's oft disputed where one ends and the other begins. Since you've made it across the Drake Passage, we say count them both!

Cruising gives you many ways to tick Asian countries off your list. A cruise from Hong Kong to Singapore will nab you at least five points (Hong Kong, Vietnam, Cambodia, Thailand and Singapore). Another cruise that racks up big numbers is the popular repositioning between Singapore and Dubai, where you'll likely stop in Malaysia, Sri Lanka, India and Oman -- sometimes even the Maldives. The United Arab Emirates is a boon for TCC country collectors, as each emirate is counted separately; you'll get a point each for Abu Dhabi, Dubai and Fujairah.

Related: Which Asia Cruise Is Right for You?

Cruises that encompass Indonesia will give you multiple points, as Java is counted separately from Bali (which falls under the Lesser Suma Islands). Arabian Gulf cruises will get you to countries like Bahrain and Qatar. Japan and South Korea are also becoming popular destinations, so you'll find more options for cruising to these countries and crossing them off your list.

Asian river cruises are another way to get to some of the more exotic countries on your list. China, Vietnam, Cambodia and Myanmar (Burma) are all common cruises; go on the Upper Mekong with a small-ship company like Pandaw and you can check Laos off your list, too. Ganges river cruises in India are also becoming popular. A cruise that encompasses Australia and New Zealand will only give you two countries to cross off (although if you make it to Tasmania, you'll get a third point).

But the South Pacific is another matter. Tahiti is counted under French Polynesia, and Fiji is separate. Plus you can get a lot of island groups on a single cruise, such as the Marquesas Islands, Vanuatu, the Cook Islands, Tonga and New Caledonia.

With lots of countries on the list and not much distance between them, traveling Europe on a cruise ship will get your number up, quickly. A Western Mediterranean cruise might visit four countries and if you go to Rome, you'll pick up Vatican City, too. Eastern Med cruises will bring you to Italy, Croatia, Montenegro and Greece -- and sometimes more obscure islands like Malta, Crete and Corfu (the latter two are counted as separate from mainland Greece). Baltic cruises are also good ways to get the Scandinavian countries, as well as places like Estonia, Poland and Russia.

And here's a hint for the die-hard TCC fan: Look into a British Isles cruise. The list counts Scotland, England, Wales and Northern Ireland as separate, as well as Ireland. In addition, you may visit Jersey, Guernsey or Isle of Man -- all of which count as additional territories toward your 100.

North America has many more opportunities to pick up TCC places than you might think. The United States mainland is counted separately from Alaska and Hawaii (both cruise destinations), so if you make it to those plus one more state, you have at least three. In Canada, Prince Edward Island is treated separately from the rest of the country (although weirdly enough, French-speaking Quebec isn't -- you'll have to make it to Saint Pierre and Miquelon, tiny islands south of Newfoundland, where some smaller cruise ships go, to get another notch).

The Caribbean islands are a boon to those following the TCC list. If you're a regular island hopper, you'll pick up lots of countries, as TCC includes territories such as St. Martin (as the French Leeward Islands), Anguilla and Saba (Netherlands Leeward Islands) -- all of which can count toward your 100. In total, it’s relatively easy for a frequent cruiser to get all 26 Caribbean territories -- and that's not even counting countries in the Western Caribbean such as Mexico, Honduras (for Roatan) and Belize. The countries of South America also provide ways to round out your list on a cruise. A "round-the-Horn" cruise will get you to Argentina, Chile and Uruguay (sometimes even the Falkland Islands), while a Galapagos trip will likely nap you two points, for the islands themselves and for Ecuador. There are two ways to visit Brazil by a cruise ship, either visiting coastal cities like Rio de Janeiro or taking an Amazon River voyage. Colombia is a frequent stop on Panama Canal cruises and while cruise ships rarely visit Venezuela anymore, look for an itinerary that visits Isla de Margarita, usually available on luxury lines like Seabourn or international ships from MSC.