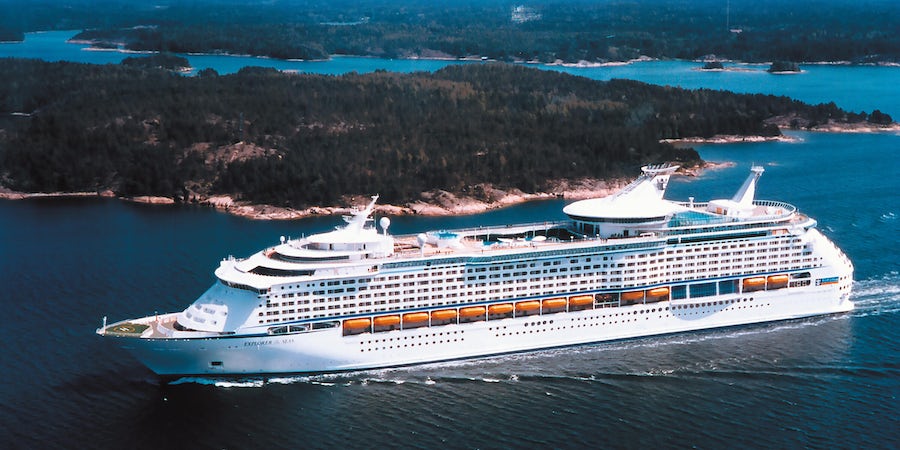 Explorer of the Seas

Royal Caribbean's newest mega-ship, Ovation of the Seas, is 16 years younger than fleetmate Explorer of the Seas and carries 1,600 more passengers. Is bigger better? Not necessarily, according to those who prefer a smaller ship. While Ovation has shiny new bells and whistles like dodgem cars and an iFly skydiving simulator, you'll be sharing them with around 30 percent more passengers. Fares on this newer ship tend to be more expensive, too.

Explorer of the Seas might be significantly older but it is no slouch in the entertainment stakes with an ice skating rink, attractive Royal Promenade lined with shops and bars and a larger theatre than the one found on Ovation. You'll find plenty to keep you and the kids entertained on this well-priced, family favourite. If you're after a fun cruise experience, you can't go wrong with either of these Royal Caribbean ships. It's more about deciding which one is right for you.

Both ships spend summer in Australia but that is where the similarities end. If you want to see Alaska or the United States' Pacific Coast, Explorer of the Seas is the one for you. Ovation of the Seas is based in Asia for the rest of the year, sailing short itineraries of between four and six nights from ports such as Singapore, Hong Kong and Tianjin near Beijing. On both ships, these overseas itineraries attract a predominantly local clientele. There is a significant difference in the overall size of Explorer and Ovation which come in at 138,194 and 168,666 gross tonnage respectively. Both ships offer a choice of inside, outside, veranda, and suite staterooms, however Ovation wins hands down when it comes to cabin decor and design. A lot has changed in the past 16 years when it comes to cruise ship staterooms. Ovation of the Seas' cabins are more contemporary and include pleasing modern touches such as USB ports for charging devices. However, it is suite passengers who will notice the biggest difference between these two ships.

Whereas the more expensive accommodation on Explorer of the Seas is fairly standard, Ovation has a dazzling array of single and multi-level suites, many of which have wraparound balconies. Amenities are also expanded with all suites receiving access to Coastal Kitchen, an exclusive suite-only restaurant that is not available on Explorer of the Seas. Other benefits, which vary by suite category, can include a concierge (known as a Royal Genie), unlimited specialty dining and internet access, complimentary drinks and gratuities and VIP access to shows and activities. However, if you want an in-room grand piano, you will only find one on Explorer.

Ovation is the better ship for solo cruisers with 28 studio cabins for single travellers. On Explorer of the Seas, solo sailors have no choice but to pay the dreaded single supplement. However, this ship's fares are often cheaper so solos shouldn't rule it out completely. Related: Ovation of the Seas: What Can I do for Free?

Ovation of the Seas has an iFly skydiving simulator and the North Star, a panoramic glass viewing capsule that is attached to a giant mechanical arm. Both of these activities are free in Australia but attract a charge on Asian itineraries. Traditional shipboard fun such as team trivia, dance classes and bingo can be found on Ovation and Explorer. Different production shows are also available on both ships, although it could be argued the jaw-dropping technology that forms part of the production shows on Ovation gives it the edge.

Dining arrangements are similar, with a choice of two traditional sittings or 'My Time Dining' which allows passengers to dine anytime they wish. On Explorer of the Seas, this will be in the three-level formal Sapphire Dining Room. There is no main dining room on Ovation of the Seas. Instead, people are spread across four themed main restaurants serving the same menu: The Grande, Chic, Silk, and American Icon Grill. These four venues seat 450 people each, which is not enough to accommodate more than 4,000 passengers and can result in waits of up to 30 minutes for a seat at dinner. Some specialty restaurants such as Chops Grille and Izumi can be found on both ships. Others, such as Johnny Rockets and Wonderland, are only available on Explorer and Ovation respectively. It is impossible not to be wowed by Ovation of the Seas' shiny new decor and its sheer size. However, with so many people onboard, this ship can be daunting for some cruisers. Explorer of the Seas offers active cruisers of all ages, from children to seniors, something to enjoy. She might not be as new as Ovation of the Seas but "She's still got it!", as they say in showbiz, thanks to a recent US$80 million (A$105 million) refit. With two great ships to choose from, your decision will likely come down to the itinerary and your holiday budget.