You may also like
Dismiss
5 Things You Can Only Find on MSC Seaside
MSC Seaside vs. Carnival Vista
Meraviglia Class vs. Seaside Class on MSC Cruises
Seabourn Encore vs. Regent's Seven Seas Explorer
Things to Do in Barcelona Before a Cruise
5 Things You'll Love About Holland America's Nieuw Statendam Cruise Ship
Pictures of Carnival Panorama
Why Scenic Eclipse Is the Luxury Cruise Ship for You
6 Best Majestic Princess Cruise Tips
Best Cruise Cookbooks 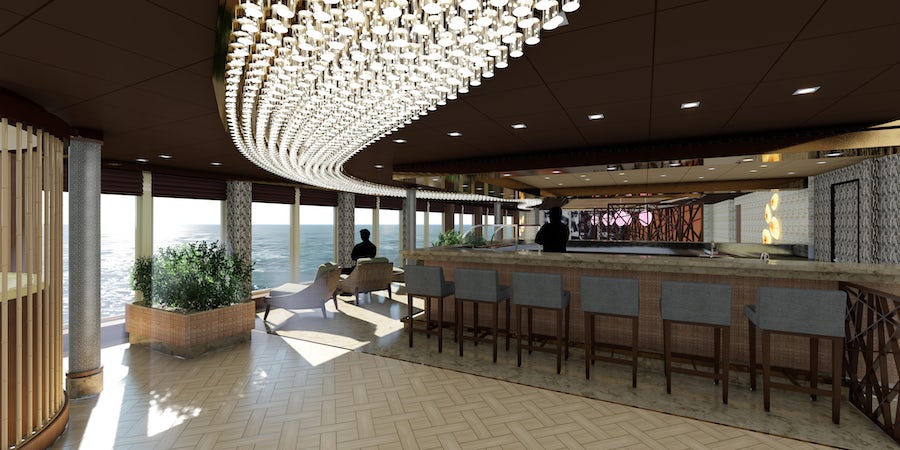 Asian Market Kitchen is the confluence of three dining concepts (sushi/raw bar, teppanyaki grill and Asian-fusion restaurant) developed over the course of two-and-a-half years by Chef Roy Yamaguchi for MSC Cruises' Miami-based ship, MSC Seaside. The cuisine at Asian Market Kitchen, a specialty restaurant onboard, is inspired by Yamaguchi's many international influences -- Japanese heritage, time spent in Hawaii, culinary schooling in the French tradition and flavors from Thailand, Vietnam and beyond.

Yamaguchi drew design influence from his Asian heritage, but didn’t want the space to feel one-dimensional as just an "Asian restaurant." As a result, the venues are sleek and modern with a lot of light, both natural and in decorative fixtures. Yamaguchi was involved in each step of the creative process -- from the tableware to the music to the paper stock for the menus -- so his personality is infused throughout the experience.

The entire Asian Market Kitchen space accommodates about 100 patrons: approximately 40 people can book Teppanyaki at one time, the sushi bar seats 15 to 20 and the rest of the space is designated for the Asian-fusion restaurant.

Yamaguchi excels at the now-trendy Hawaiian raw fish salad known as poke, and both a traditional version and creative takes (like watermelon poke) are served at Asian Market Kitchen.

About a dozen cocktails have also been designed to complement the food at Asian Market Kitchen.