You may also like
Dismiss
Alaska Cruisetours: 6 Things You Need to Know
12 Surefire Ways to Have a Miserable Cruise
Top Cruise Itineraries for Aussies and Kiwis
Life Lessons Learned from 'The Love Boat'
Countries That Require Visas for a Cruise
How to Apply for a Cruise Visa
5 Things to Know About Family Expedition Cruising
Sail Here, Not There: Avoiding Overtourism in Cruise Ports
48 Hours in Brisbane Before or After a Cruise
2022 Alaska Cruises Are Going Strong, But Supply Chain, Employment Issues Remain 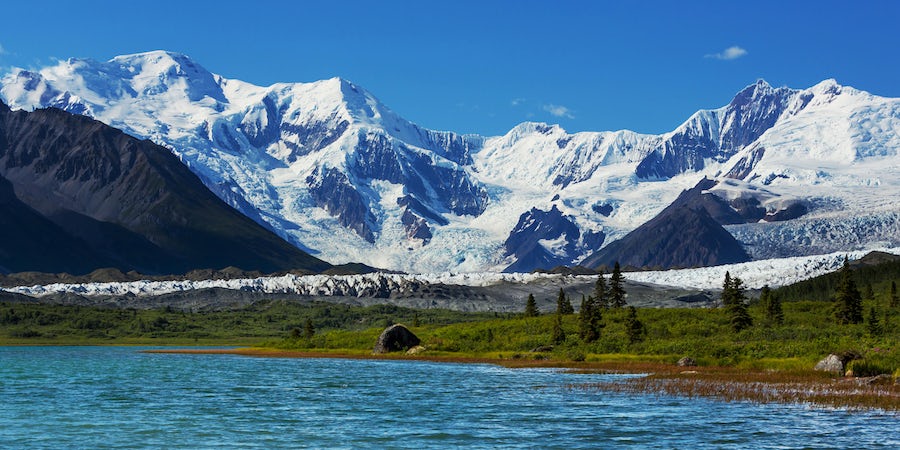 10 Stupid Questions You Should Never Ask in Alaska

Alaskan locals all have a story -- and they're more than happy to tell it to you. Turns out, many of these tales are at the expense of tourists, who seem to ask some pretty wacky questions. On a recent Alaska cruise aboard Oceania Regatta, we challenged locals to share the craziest questions they've heard from tourists. Read on -- and be warned!

1. Do you take American dollars here?

With Alaska's distant location -- it's closer to Canada and Russia than to the "Lower 48" -- you might feel like you're visiting a foreign country. But Alaska is a U.S. state. Really. Alaskans pay taxes, vote for president and -- most importantly -- have ATMs that spit out real, crisp U.S. bills. Businesses will also be happy to take your American credit cards. Very happy.

2. Where are the penguins?

Oops! You've booked a cruise in the wrong hemisphere. While you'll find penguins in South Africa, Australia, New Zealand, Argentina, Chile and Antarctica, you won't find a single one in Alaska; penguins live exclusively in the Southern Hemisphere. The closest things you'll find here, looks-wise, are common murres and puffins. With their clown-like faces, puffins are pretty darn cute, so console yourself by searching for them. Fun fact: Puffin eggs are cone-shaped so they won't roll off cliffs.

3. What's the altitude here? (Asked on the dock)

Well, your ship over there is floating on the sea, so, um, you're at sea level. Even though you've gone "up" from the Lower 48, you're still at sea level. Alaska has plenty of mountains, though, including 20,310-foot-high Mount Denali, the highest peak in North America. But you can't get there on a ship.

4. How long have you been a native?

Natives are born in a place. So...always. That said, you won't come across many local residents who were born in Alaska. Only about 38 percent of the state's population is native-born Alaskans.

5. When do deer become moose?

Unlike, say, caterpillars turning into butterflies, deer and moose are born deer and moose. There are about 175,000 moose in Alaska -- and they're huge, compared to deer. Females average nearly 6 feet tall at the shoulder and can weigh half a ton. Don't go asking the locals where you can eat a moose burger, by the way. It's against the law to serve wild game in restaurants.

6. Why isn't that bald eagle bald?

Sorry, it's just their white head-feathers that make them seem bald. Birds that eat carrion (vultures, for example) are often bald, but the amazing bald eagle has 7,700 interlocking feathers, including on its pate. If you happen to come across one of those feathers, don't pick it up, though. You can be fined $10,000 for possession of a bald eagle feather. Search for eagles in their huge nests (up to 2 tons and 6 feet across) by looking for what appears to be golf balls -- their white heads -- up in a tree. Or, view them up-close at the Alaska Raptor Center, in Sitka.

Well, OK, this question is slightly less stupid than you might think. Theoretically, your U.S. phone should work in port cities because -- yes, you guessed it -- you're in the U.S. However, limited cell towers make for spotty reception and, in our experience, some cell providers (ahem, Sprint) don't have good coverage. So, beware of roaming charges and set your phone appropriately.

Related: 10 Stupid Questions You Should Never Ask on an Australia Cruise

It doesn't. Sorry. You're likely here in summer -- but Alaskan summer never gets as warm as most summers in the Lower 48. Locals bravely ignore that fact. We even saw some sunning in bikinis at Juneau's Mendenhall Lake, right next to the glacier, when we were wearing sweaters and jackets. Take solace in the fact that you'll get to enjoy extraordinarily long daylight hours, even though the sun might not be all that warm.

Related: Getting to Your Cruise: A Guide to Train Travel to Southampton Cruise Port

This unfortunate questioner was clearly searching for the plural of "moose." Sure, the plural of "goose" is "geese," but the plural of "moose" is..."moose." In fact, as one savvy local pointed out to us, all animals with antlers (deer, elk, moose, antelope) are the same in both plural and singular forms. Animals with horns (cows, goats) get an "s" when they're plural. Remember this valuable lesson -- it could come in handy during afternoon trivia on your ship.

Sarah Palin made this question famous -- and it actually is possible to see Russian territory from remote Little Diomede Island, from St. Lawrence Island in the Bering Sea, and from Cape Prince of Wales on the very tip of the nose (assuming you imagine Alaska's outline is the profile of an old man, like we do). But, you're not going to be in any of those locations on a cruise. So, unless your ship gets horribly lost, you won't be able to see Russia. On the other hand, you'll see a lot of what used to be Russia, since the U.S. bought Alaska from the Russians in 1867 for $7.2 million. Sitka is the best port for Russian history, with a Russian Orthodox cathedral, a historic bishop's house and a few other buildings dating from that era.