You may also like
Dismiss
11 Best (and Worst) Cruise Souvenirs
Why G Adventures Is the Expedition or River Cruise Line for You
Hidden in the Fine Print: 16 Things You Need to Know About Your Cruise Contract
How Much Should I Tip My Room Steward on a Cruise?
7 Ways for Seniors to Save on a Cruise
5 Reasons to Love Seabourn Cruises in Alaska
23 Things Cruisers Love to Complain About
7 Things Not to Do on a New Cruise Ship
What Is Norwegian's Free at Sea Promotion?
Will I Have to 'Social Distance' on My Next Cruise? 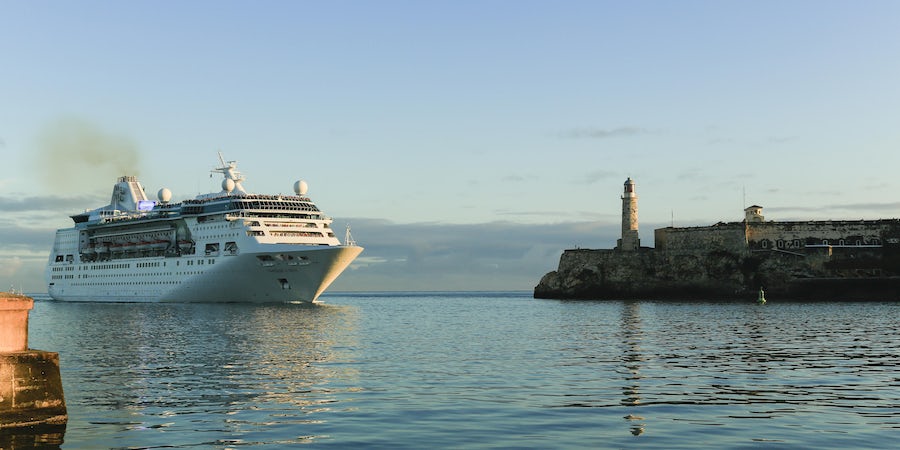 The inaugural visit to Cuba for Empress of the Seas in April 2017 (Photo: Royal Caribbean)

What Is an Inaugural Cruise?

The inaugural visit to Cuba for Empress of the Seas in April 2017 (Photo: Royal Caribbean)
Melinda Crow
Contributor

Passengers on inaugural sailings of new ships are often treated to a bit of fanfare as the ship sails away or as it arrives in each new port. The cruise line might also provide booking incentives and even extra goodies onboard for cruisers willing to be the first paying passengers to try out a ship or itinerary.

Related: Omicron Alert: 6 Tips For Cruising in a COVID-Variant World

The downside to an inaugural cruise could be a crew slightly unfamiliar with the operations of the new ship. Cruise lines attempt to minimize that by staffing new ships with experienced crew members from other similar ships within the line and by providing extra training. Some ships are not 100 percent ready for their maiden voyage, and have workers still onboard, roped-off areas under construction or attractions not ready for passengers. In the most extreme cases, some inaugural cruises have been canceled with the first sailing date pushed back if the ship won't be ready in time.

Related: Cruising Before or After a Dry Dock: What to Expect