You may also like
Dismiss
New Cruise Ships on Order
Small Ships in Alaska: A Guide to Cruising Off the Beaten Path
Top 9 Reasons to Take a No-Fly Cruise
Cruise Packages: 9 Best Types to Try
Top 10 Reasons to Take a Mini-Cruise
Virgin Voyages Founder Richard Branson Talks Fleet Expansion, Disrupting Cruise and Working With J-Lo
The First Cruise Ship Leaves Sydney, Reopening Australia Cruising: Live from P&O Cruises Pacific Explorer
Some Cruise Tours to Alaska Are Being Canceled Due to Staff Shortages: What Cruisers Need to Know
Caribbean Cruise Deals: Tips for Getting the Most Bang for Your Buck
Carnival Reveals The Gateway Aboard Carnival Celebration Cruise Ship 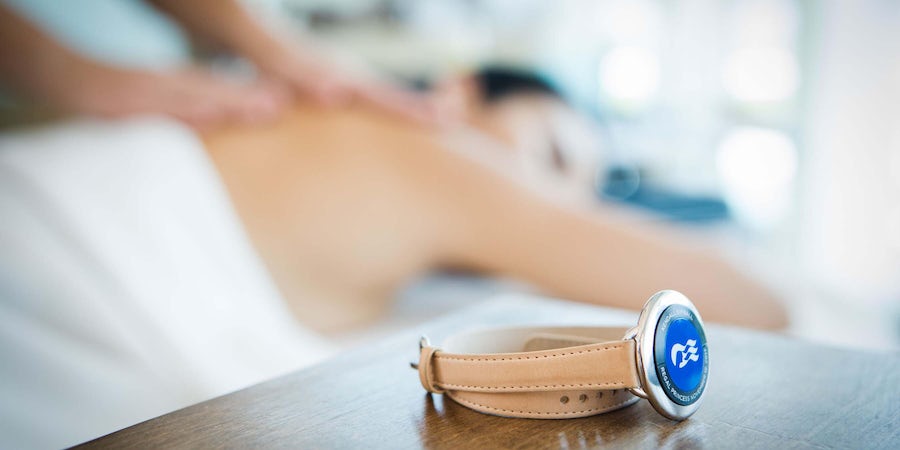 Can a Concierge Be Your Trip’s Most Valuable Player?

As a not-too-terribly materialistic person, I have occasionally dreamed of having enough money to afford “people” when I travel. Just one efficient expert on all-things-trip-related would be fine, someone who knows my foibles, what I like, someone whose one job is making my travels easy, fun and interesting. Someone to take the bags away, to bring a drink when I want it and to open my cabin door before I even have time to get the keycard out of my pocket.

I need a concierge.

While the concept of a concierge has a long history (starting with folks who, on the Silk Road some 1,500 years ago would provide travelers with directional advice and inn recommendations), they’re best known as fixtures in the hotel industry. At upmarket hotels, concierges typically occupy a desk prominently located in the lobby and the service is available to all; fees and gratuities often apply. What do they do? Concierges offer a vast array of services, anything from replacing a stolen passport to orchestrating a surprise marriage proposal in a hot air balloon, to securing tickets to the most sold-out show in town. Primarily, these professionals are more focused on what you’ll do outside the hotel than within it. I’ve relied on them for advice throughout my years of travel and will ask them for recommendations for a vegetarian restaurant I’d feel comfortable at by myself, or a hiking trail that is absolutely flat and has no snakes.

Concierges on cruise lines often work quite differently. In some cases, and particularly on smaller ship lines, concierges are democratically available to all and, like their hotel counterparts, focus on special experiences on land rather than onboard. On cruise ships, concierges follow a similar model as those who work on land, helping passengers book shore-side meals, arrange golf tee times, and change airline tickets. But they have an extra series of duties; as cruise lines are building larger with all the facilities and amenities of small cities, they also navigate travelers’ onboard schedules, whether it’s a special dinner for two in a ship’s most romantic restaurant, finding room for travelers on an overbooked shore excursion, or making spa reservations.

For the most part, concierge services on contemporary cruise lines (as opposed to those on small luxury ships) are typically only available to those travelers occupying more stratified cabin categories, like suites. So all this personal help is for the person who can afford the “people” I always daydream about.

The rest of us are pretty much on our own.

With All the Internet Info, Do We Even Need a Concierge?

With the heaps of travel info whipping around the internet, you might think the concierge’s days are numbered. Not so. Lynn Minnaert, academic director of NYU’s Jonathan M. Tisch Center for Hospitality and Tourism tells us that in a study on that very subject, she learned that the more information we are inundated with, the more valuable the concierge’s role has become. “They’re actually gaining more prominence now,” Minnaert says, adding that in these times when “curated” is standard operating procedure, discovering hidden gems and insider information, and experiencing bespoke travel adventures both in-port and aboard ships, is what every traveler is after.

What if there was a way to democratize a cruise concierge, to scale it for those of us who are inhabiting standard staterooms but still want some measure of personalization? Carnival Corporation’s radical new Ocean Medallion, which debuts on its Princess Cruises’ brand in November 2017, aims to change the playing field using digital technology that feels like anything but technology.

“What we're moving into is the age of machine learning and artificial intelligence,” says Lin Humphrey, a professor of hospitality marketing at Florida International University. “By analyzing preferences and behaviors across the fleet, Carnival Corp aims to 'surprise and delight' with predictions on what the consumer would enjoy or what consumers with similar preferences like.”

The Medallion, the size of a quarter, is key to opening doors – not just to your cabin (which is does, and turns on the lights, too), but also when it comes to navigating the ship, and getting you want when and where you want it. It’s a concierge in your pocket – with a techno-snap of its fingers to make your wishes reality.

When it debuts in November on Princess Cruises’ Regal Princess, the first ship to try out the new technology, every passenger will get to play VIP on his or her cruise vacation.  The concierge in your pocket may not have all the capabilities of the concierge in the flesh but it could well be a game-changer for the average cruise passenger now and in future iterations?

The process starts with your pre-cruise profile. You can provide just the basics, but the more detailed, the better chance you have for guest-centricity. List not only what restaurant reservations you want to book, for example, but also include your dietary restrictions. The latter, which is unprecedented in the industry in terms of easing paths for people with specific culinary requirements, is shared with chefs and waiters. Wherever you are dining, they’ll know your specifics.

The cruise representative who meets you at baggage claim for your transfer to the ship will greet you by name. He or she will know your stateroom, and deliver your bags automatically. Schlepping, the paper vouchers … poof! Not part of the vacation of the future.

Gone, too, are the check-in lines (and more document-hunting):  Your concierge, or rather your Ocean Medallion, has it covered.

Once you’re aboard, the real advantages of your pocket concierge obviate themselves.   With the help of your smart phone, tablet or laptop, or any of the touch screens on the ship, your techno-concierge can book a spa treatment, a dining reservation, or even buy you suntan lotion from the ship’s store and have it delivered to you (it knows you’re by the pool). Order hot chocolate for the kids while you’re stargazing on the top deck (the “Here and Now” feature) or have a fruit plate and caviar delivered to your room at 11 p.m. (“There and Then”). You can have your shopping bags delivered to your room, too,

And like any good concierge, it will know what you want even if you didn’t know you wanted it. Based on your previous activities and preferences, it may, for instance, recommend a particular shore excursion; suggest a restaurant because of specials that evening; or alert you to an activity you may want to attend.

The system also allows you to keep in touch with family and friends and know where your traveling companions are. They know where you are – even if you don’t. So you can get directions to where you want to go. No more getting lost -- at least at sea.

Related: 7 Tips for Cruising With Friends

The sensors’ range – and your pocket concierge’s prowess – are pretty much confined to the ship, save for some limited service on Princess’ exclusive island in the Caribbean. At least in this iteration. “Our plans most definitely include expanding it across the entire guest experience landscape on land and at sea,” a spokesperson assures me.

Indeed, some may consider sharing personal information, having crew members you’ve never met know your name, intrusive.  And there is something to be said for getting lost and bumbling around on your own – that’s how I’ve made some of my most memorable vacation experiences. Getting lost, having to ask strangers for help, well, there’s no telling who you might meet.

Related: 4 Ways to Tip Extra on a Non-Tipping Cruise Ship

Here’s a point about the Ocean Medallion, which will debut on eight different Princess ships through early 2019, that you may not know: It’s a free option. You can use the system as much or as little as you want. Or not at all. If you don’t though, remember to bring all your documents and vouchers. And maybe ask for a few extra room keys.

Jill Schensul has been a travel writer for more than 30 years, most of that time on the staff of a daily New Jersey newspaper -- never fully believing her luck at getting paid for doing what she loved. She’s a three-time winner of the Lowell Thomas Travel Journalist of the Year Award. When she’s not out exploring, she's home in the Hudson Valley with her husband, Paul; her dogs Sadie and Belle are her enthusiastic copilots.