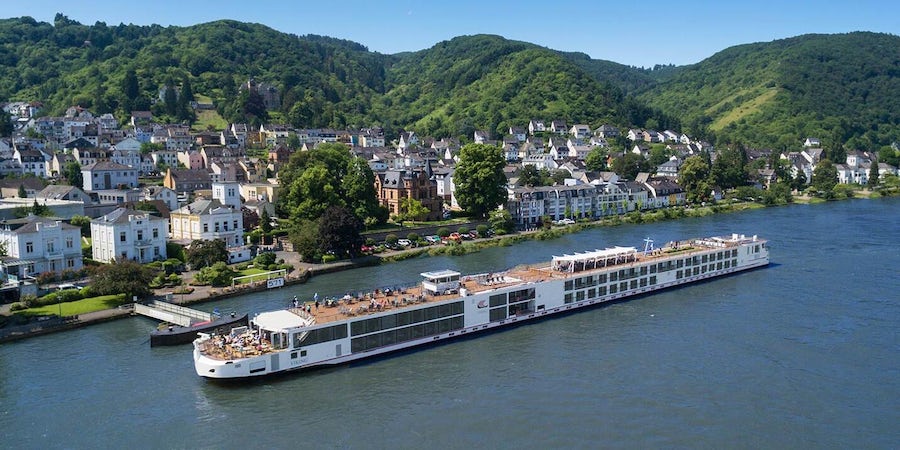 What sets Viking River Cruises apart from Grand Circle Cruise Line? They both do the same job -- providing passengers with exciting river itineraries around the world. But their personalities could not be more different.

Viking's sleek river ships are like floating hotels attracting crowds of travelers from the U.S., U.K., Europe, and Australia. Grand Circle Cruise Line ships, spare by comparison, are unapologetic about what they are: river vessels, and tend to draw mainly U.S. passengers, with some Canadians. Viking is the world's best-known river cruise line as a result of the number of vessels it operates (currently 70 and the largest operator in Europe) and the amount it spends on advertising. While Grand Circle doesn't have the same presence, its passengers, once hooked, are huge loyalists -- largely due to the line's highly regarded enrichment offerings.

Which line is more suitable for you? Read on for our look at river cruising on Viking versus Grand Circle.

Grand Circle pricing tends to be cheaper on a per-day basis but its ships aren't the new shiny things that Viking’s are. Both offer last-minute and early-booking deals that are worth a look. Also, watch for occasional promotions like two-for-one airfare or early booking discounts. Viking River Cruises includes gratuities in the fare, while Grand Circle includes gratuities for local guides and motorcoach drivers.

Book a Viking River Cruise if You May Need to Reschedule

A Viking cruise requires a $500 per person deposit and full payment within 180 days of departure. Most promos require full payment when you make your reservation. If you need to reschedule, Viking is the better bet since it has the most ships on Europe's waterways -- 55 and counting -- and thus more choices. It also has a more generous cancellation policy than Grand Circle does.

Grand Circle, which handles its own bookings from its headquarters in Boston, offers a lot of perks when it comes to pricing. As an example, if you bring 10 other passengers onboard, you as the group leader will travel free as part of the line’s Group Travel Program. Many group leaders share the cash equivalent of their free trip with members of their group to help bring everyone's costs down.

Related: Why Grand Circle Is the River Cruise Line for You

The line also has a frequent traveler program called Frequent Traveler Credits that lets you earn travel credits worth 5 to 6 percent of your trip cost. And Inner Circle members, some 65,000 loyalists who have traveled three or more times with Grand Circle or sister company Overseas Adventure Travel, receive onboard discounts on things like laundry and bar bills. The line also offers a roommate matching service for singles as well as competitively priced single supplements for solo travelers who prefer the privacy of their own cabin.

River cruising tends to draw an older demographic. Viking passengers are a bit younger, around 55 and older. Grand Circle passengers are around 70, give or take a decade. The Christmas Market cruises attract a slightly more mixed crowd, with younger passengers sailing these itineraries. On Grand Circle, cruisers are well-traveled Americans. Viking's passengers are a more diverse mix with the vast majority coming from North America, the United Kingdom, Australia and New Zealand.

Both Viking and Grand Circle include shore excursions in every port in the fare although some optional tours -- usually a little grander -- cost extra. On both lines, you'll take walking and coach tours of cities, castles, vineyards and the scenic countryside.

Grand Circle does things a bit differently than Viking. Viking has one program director onboard who coordinates shore excursions conducted exclusively by local guides. In contrast, Grand Circle has three resident program directors that lead the tours themselves, sometimes with help from local guides. With Grand Circle, there is always a push to do a deeper dive into a destination. Program directors are encouraged to go off script and share what's going on in the culture and in the country, no matter how controversial. The aim: to end your cruise with a true understanding of a people and a place.

Viking River Cruises Operates Sailings in Destinations from the U.S. to Egypt; Grand Circle’s Focus is in Europe & Egypt

Viking is the industry leader when it comes to itineraries and the number of ships it commands. The line has 55 Longships that sail the rivers of Europe, plus custom-built ships designed to navigate the Douro and Elbe. The latter weigh less and have a shallower draft to accommodate rivers with notoriously low water levels.

Grand Circle operates 10 ships, all privately owned. Its footprint isn't as wide as Viking's. Grand Circle doesn't sail the Douro. Both lines have a presence on the Seine, Rhine, Mosel, Main, Rhone, Danube and Elbe – although Viking obviously has greater coverage due to the size of its fleet.

Outside of Europe, Viking also operates on the Mississippi; Nile in Egypt, and Mekong in Vietnam and Cambodia. Viking also has a growing ocean fleet with some itineraries pairing river and ocean sailings, such as a Rhine sailing to Amsterdam paired with an ocean voyage to Norway.

The cabins on Viking and Grand Circle could be the great differentiator for some travelers.

Viking cabins are modern with hotel-style amenities such as premium bathroom products, complimentary bottled water and fresh fruit, and roomy bathrooms with heated floors and no-fog mirrors. The queen-sized bed can be converted to twins upon request.

Given the age of Grand Circle's ships, its cabins are more ‘retro’. Twin beds pull down from opposite walls. During the day, they convert into two small couches. The showers have sometimes-clingy curtains. To the good, the cabins are efficiently designed so there's plenty of room for storage. And, even though Viking's cabins are opulent in comparison, many of Grand Circle's cabins, at 160 square feet, are actually roomier than some of those on Viking Longships.

Viking Longships carry 190 passengers and have 95 cabins. Cabins with French balconies are 135 square feet and standard cabins with a true balcony are 205 square feet. Lower-deck rooms, which have a window, are 150 square feet. Viking also has two types of suites: one, 275 square feet, and the other, 445 square feet. The ships are 443 feet long.

Grand Circle's five European river ships vary in size, carrying 120 to 162 passengers with cabins a standard 160 square feet. The size of each cabin’s window or the presence of a French balcony varies according to the deck. Grand Circle also has five smaller ocean ships accommodating 50, 89 and 98 passengers. There are no suites on Grand Circle ships.

Viking nails it when it comes to interior design with high-end finishes. Also, if enjoying a balcony is important to you, go with Viking. (Grand Circle has so-called French balconies, essentially a floor-to-ceiling sliding-glass door). Ditto if you care about having a queen bed.

Choose Grand Circle if you Prefer a No Frills Cabin

Grand Circle cabins do the job just fine when it comes to sleep and storage and they feel quite roomy when the beds are pulled up. Overlook the clingy shower curtain and Grand Circle may be the right pick for you. The cabins aren't up-to-date decor-wise but there is something that's nicely old-fashioned about their nautical blue and gold color palette. These are cabins, not hotel rooms, and it's typically more of an affordable choice.

How does Dining Compare on Viking River Cruises and Grand Circle Cruise Line?

Viking and Grand Circle are similar when it comes to dining. Both serve buffets at breakfast and lunch along with made-to-order items off the menu. There is one set dinnertime, usually around 7 p.m., where you sit with other passengers at large tables. Dinner is a three-course affair that features standard selections as well as regional specialties.

Where they differ: Unlike Grand Circle, Viking has an alternative eatery: the open-air Aquavit Lounge, which serves lighter fare at breakfast, lunch and dinner. Dress on Viking is country club casual; Grand Circle is more relaxed.

Both lines include wine, beer and soda with lunch and dinner. Neither has formal nights or room service.

Both lines have enrichment activities and presentations that are destination-focused. On either cruise, you will hear expert commentary during scenic sails between ports. And you might take an onboard French lesson or learn about locks and navigation.

Grand Circle takes enrichment a step further. The line pioneered the home-hosted visit -- an opportunity to share a meal at home with a local family. And whether onboard or during shore excursions, Grand Circle invites experts from the region to lead discussions around controversial topics (the migrant crisis in Europe and the rise of nationalism, as examples) so that you will gain firsthand insights into the countries you visit.

Cruises on both lines are destination-focused so there aren't a lot of extras -- like casinos or theaters -- built in. Neither caters to young families.

Ships on both lines have top-deck walking tracks. Unlike Viking, Grand Circle ships have a small fitness room and massage services.

Bottom Line: Which Cruise Line is the Right One for Me?

Choose Viking if you want more of a boutique hotel cabin, as well as more choices in excursions and onboard dining.

Choose Grand Circle if price is your number-one concern, as well as enrichment.