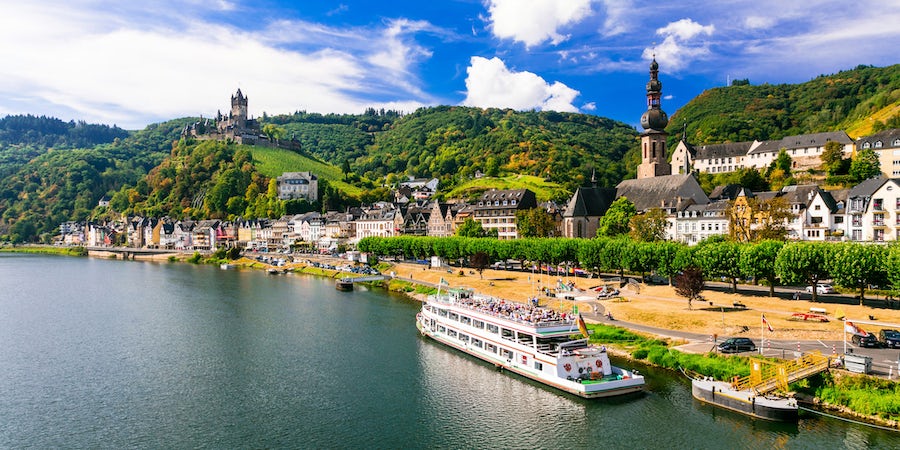 What to Pack for a River Cruise in Europe

You've pulled the trigger and booked that first river cruise in Europe, on the Danube, Rhine or one of the continent's lesser-known waterways. Now comes the big question: What will you pack?

In some respects, packing for a river cruise in Europe is much easier than packing for an ocean cruise. There's no formal night, for example, so no need to lug fancy dresses and high heels. But the weather in central Europe can be very changeable, even during the summer months, so layers are your friend. You'll also spend much more time walking on a European river cruise so if you can only invest in one new thing, get the most comfortable shoes you can and give yourself time to break them in.

Here are a few other things you'll want to make sure you pack for a river cruise in Europe:

What You'll Need: Each person should plan on one suitcase, plus a smaller purse or a bag for daytime walking tours and exploration.

Things to Note: Just like an ocean ship, almost all river cruise ships allow you to store your suitcase under the bed. The cabins themselves, though, on the whole are a little smaller, in terms of square footage. If you're taking a train on your own elsewhere in Europe before or after your trip, you'll want to make sure you pack light -- it's not fun to lug big suitcases through railway stations. Pickpockets can be an issue in major European cities, so make sure your daytime bag can either be zippered or worn cross-body to deter theft. (This day pack has special zippers and an RFID blocking pocket.)

What You'll Need: Casual rules the day on a typical European river cruise. Since much of your time is spent touring during the day, you'll want comfortable clothing that can be layered -- and keep in mind that temperatures in Europe can fluctuate greatly. (We've seen temps in the low 50s in August one week, followed by 90-degree weather the next.)

Nights onboard are also informal. Fellow passengers might change out of their shorts, capris and jeans for dinner into a collared shirt and slacks or a casual dress, but you should leave the formalwear and fussy jewelry at home. On gala nights, some men might wear a blazer, but there's no need for a suit or tie.

Things to Note: It's becoming more common for river cruise ships to have swimming pools or hot tubs, although whether or not you can use them depends entirely on the season. Bring a swimsuit just in case (besides, if you're stopping in Budapest, you can use it at the thermal baths).

Fitness centers on most river cruise ships consist of one or two cardio machines, but most lines now have bikes and some run yoga classes in the morning. If you know you'll need to stay active beyond the daily tours and your line provides these options, pack your fitness clothes (or padded bike shorts if you're going out every day). What You'll Need: Comfortable walking shoes are the most essential thing you'll need to pack for a river cruise in Europe. Keep in mind that many cities in Europe still have cobblestones, so look for a padded footbed and sturdy insole. Give yourself a few days to break them in before you leave -- the last thing you want is blisters. Heels and fancy dress shoes aren't necessary for a river cruise.

Things to Note: Europe can be chilly and rainy in the shoulder season and, of course, you'll want to wear warm, weatherproof footwear during Christmas market season. In the colder months, we've relied on a pair of comfortable knee-high walking boots that can be worn during the day with jeans and at night with a dress and tights. Wear these on the plane because they take up too much space in your suitcase.

What You'll Need: The point of accessories is that you don't really need them; it's more in the "nice to have" department. We always pack a few scarves to dress up an outfit at night or to protect from the wind during the day. During cooler weather cruises, we also recommend a hat and fingerless gloves, particularly if you're biking. (Hats are also good to keep off the sun, although you'll definitely stand out as American with a baseball hat).

Some people like to use round-the-neck passport holders or money belts. We prefer to keep our passports in the cabin safe and only bring enough money onshore for necessities; as recommended above, women should use purses or bags that zip and men should tuck their wallet into a front pocket instead of the back.

Things to Note: Umbrellas are usually provided by the cruise line, but you might want to throw in a raincoat if you're traveling in the shoulder season. Hair dryers, too, are provided onboard, along with basic toiletries.

What You'll Need: The one thing we see people forget all the time is an adaptor for European plugs. Although some river cruise ships have U.S. outlets and USB ports, not all lines do. (Avalon, for example, has only European plugs on its ships.) Plus, you might want to charge your phone in an airport on your way to or from your ship. Buy one with plenty of USB outlets.

Things to Note: Before you leave, make sure you figure out your communication back home. Many river cruise ships have free Wi-Fi, but it's often not powerful enough for streaming or FaceTime. Several cell phone services will let you add international data for a monthly set fee; T-Mobile includes international data to many countries in its packages.

Disclaimer: Cruise Critic is a participant in the Amazon Services LLC Associates Program, an affiliate advertising program designed to provide a means for sites to earn advertising fees by promoting and linking to Amazon.com.