You may also like
Dismiss
Strictly Come Dancing Cruises
Top 10 Reasons to Cruise with Fred. Olsen Cruise Lines
Single Parent Cruise Advice: Your Questions Answered
How to Retire or Snowbird on a Cruise
Can I Play Bridge on a Cruise?
10 Stupid Questions You Should Never Ask on an Australia Cruise
7 Deadly Sins of Cruising and How to Rise Above Them
Pictures From the Turner Classic Movies (TCM) Cruise
Weaving 'Herstory': Q&A With the History-Making International Women's Day Cruise's Female Officers on Celebrity Edge
Short Cruises on Queen Elizabeth: 10 Things You Need to Know 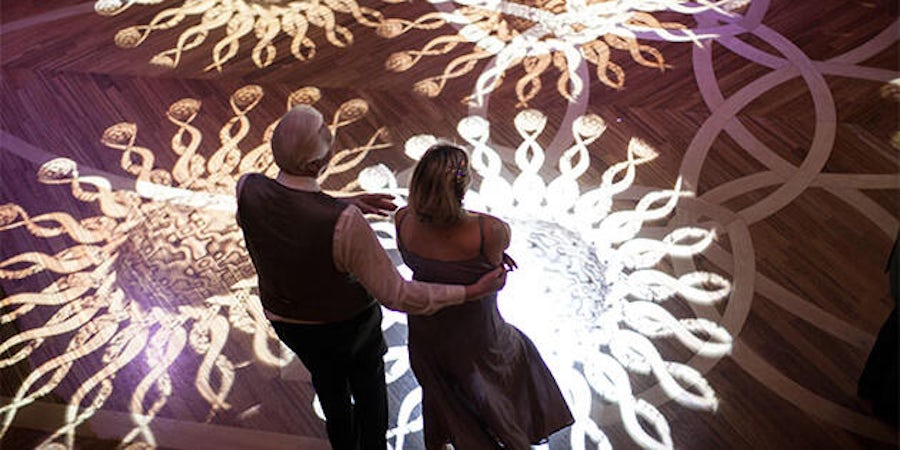 What Is a Cruise Dance Host?

You've seen these men in action on cruise ships -- often silver-haired, somewhat trim and always energetic. No matter the evening, they're twirling around the dance floor with all the single ladies, mostly widows and divorcees of a certain age.

Called dance, gentlemen or ambassador hosts, they're onboard not only to cut the rug with unescorted female passengers but to socialize with them, too. Cunard books hosts for every ocean sailing, Silversea has hosts on repositioning and 15-night or longer voyages and Holland America adds hosts on cruises 30 days or more. Dance hosts usually number between two to four per cruise, depending on the size of the ship and number of passengers. And yes, hosts are nearly always men. Female hosts are pretty much nonexistent.

All cruise lines cut their dance host programs during the pandemic. It's unclear when -- and if -- these programs will return.

Curious about cruise dance hosts? Here's everything you need to know -- and some do's and don'ts for interacting with these charming gentlemen

Cruise lines have specific requirements for who can become a dance host, and you'll find similarities among the hosts you meet. Typically, hosts must be between the ages of 40 and 70, although most veer toward the latter number. They must also be single, divorced or widowed. They're retired or semi-retired and love cruising. Gentleman hosts have worked in many professions, from insurance and education to military and law. They're proficient in basic ballroom dances like fox-trot, waltz, swing, rumba and cha-cha. They might also pull off a cool tango and move passably to Beyonce. In return for their dance and social skills, they receive free cruise passage.

These hosts are gregarious; they smile a lot (OK, constantly, even if a passenger overshares or is repetitious), enjoy conversing and easily make small talk on diverse subjects. They're also unfailingly well-mannered and well-groomed, have good senses of humor, dress appropriately and drink sparingly. And they excel at finessing awkward situations, such as when passengers get jealous or possessive about their time and attention or even make advances. (Yes, it happens.) Dance hosts must also be physically fit -- it takes stamina to be a gracious social butterfly day and night.

Hosts don't just dance; they actively engage in daytime shipboard activities, too. They participate in games like trivia, assist dance instructors and act as partners in classes and often escort passengers on shore excursions. Later in the day, they host cocktail parties and dinner tables for solo travelers. They schmooze in lounges, initiating conversation with single ladies.

And, yes, they dance nightly with unescorted female passengers until the last song plays. They smile and make partners feel good about their dancing skills, even if they have two left feet. After seeing the comedy "Out to Sea," where Jack Lemmon and Walter Matthau become dance ambassadors to score a free cruise, my husband fantasized that if I died first, he'd become one during his senior years -- until he saw firsthand how hard gentleman hosts work.

Hosts can make cruising better for all passengers. Even when not traveling solo, I've enjoyed numerous conversations with cruise dance hosts and joined in hosted games on cruise ships. To best enjoy a cruise with hosts onboard, read what's a go and what's a no-no in the dance host world.

What You Can Do with a Dance Host

There are many ways to enjoy a host's company -- and the last tip may surprise you.

What Not to Do with Dance Hosts