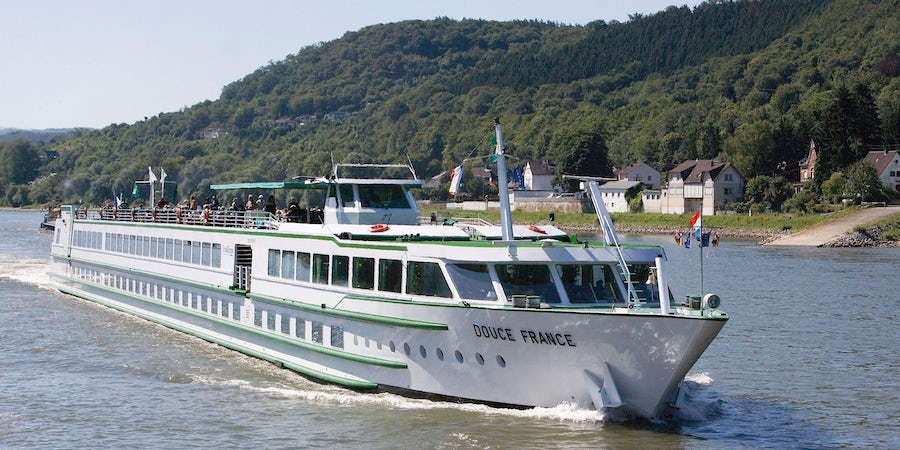 While the number of river cruise ships being built is slowing down slightly in 2017, compared to previous years, a fair number of new and shiny boats will be plying the world's waterways in 2017.

A few of the highlights include new ships on the luxury end of river cruising, as Crystal River debuts its first new-builds and Uniworld launches a "Super Ship" for the Seine, Joie de Vivre. More ships are also being built, at all price levels, for Portugal's Douro River. Those looking for new horizons to explore by ship will be excited by CroisiEurope's new boat on Africa's Zambezi River.

In addition to new cruise ships, several upscale river lines are refurbishing older ships to bring down the number of passengers and add new features. Scenic, for example, is bringing a pool, new dining areas, a new culinary center and new suites, to several of its "Space-Ships." Tauck, too, is bringing some of its ships that sail in France down to 98 passengers, bulking up suites and adding casual restaurants. Ama continues to expand its partnerships with family cruise and active tour providers, with more itineraries sponsored by Adventures by Disney and Backroads, respectively. The latter will feature 50 active sailings, including a walking tour on Portugal's Douro River. Wine cruises have also proven popular for the line, and you'll find more of them in 2017 and into 2018; the line is particularly proud of its Taste of Bordeaux itinerary.  AmaKristina, a 158-passenger sister ship to AmaViola and AmaStella with connecting cabins and pullout beds for families in some staterooms, also debuts in 2017. Other changes include a revamp of the Chef's Table, the line's alternative restaurant on European ships; the new menu features a true tasting experience, included in the fare. Looking ahead, AmaLea is being built for 2018; the line is also adding a Sip and Sail cocktail hour with included soft drinks, beer and wine and is considering a ship for India's Ganges.

The Connecticut-based company, which runs river and ocean cruises, is building up its latter fleet in 2017 with the launch of 170-passenger American Constellation and a sister ship to follow in 2018. Beginning this year, American Cruise Lines is also including a complimentary pre-cruise package, with a hotel stay and transportation on the ship, on its 2017 Mississippi River and Columbia and Snake River sailings. Looking ahead, the company has announced it will design a new 195-passenger riverboat for its American fleet, but details have not been released.

In a much-anticipated move, American Queen Steamboat Company is adding another riverboat to its American-based fleet. American Duchess, with 166 passengers, is launching in 2017 and will sail a variety of itineraries on the Mississippi River, the Ohio River and Tennessee's Cumberland River. American Duchess will be an all-suite paddlewheeler and have overnight stays in Nashville and New Orleans.

While Avalon isn't launching a new ship in 2017, the line has plenty to be excited about (including a new leadership team). The first Active Discoveries itinerary, slated for the Danube, will offer new shore excursions such as canoeing, biking and local experiences; similar plans for the Rhine are being considered in the future. The year will also mark the fleetwide debut of Avalon Fresh, a menu developed by the Wrenkh brothers, noted Austrian chefs, that focuses on healthy vegetarian food (we sampled it and it's delicious).

The French river line, long known for its unusual itineraries and value pricing, has major expansion plans for 2017. Five vessels will launch next year, including two for the Rhine and Danube, one for Portugal's Douro, one for the Mekong and a brand-new boat for Africa's Chobe and Zambezi rivers (itineraries will combine time on the river with safari excursions). The line is also debuting a cruise on Croatia's Sava River that visits Zagreb, as well as Serbia, Bosnia and Hungary; a beer lovers' cruise in Belgium; and a new package of Discovery shore excursions that are more active. Coming in 2018: a second paddlewheel ship for Germany's Elbe, Elbe Princesse II. After debuting Crystal Mozart in 2016 (and winning the Editor's Pick award for Best New River Ship), the luxury river cruise arm of Crystal Cruises will launch its first new-builds, Crystal Bach and Crystal Mahler. The 110-passenger ships will sail the Rhine, Main, Moselle and Danube rivers and feature the same cutting edge and spacious suites as Mozart, as well as dining choices, an indoor pool and luxe shore excursions such as an included dinner at a Michelin-starred restaurant. Look for Crystal River to come on strong over the next few years: In 2018, two more ships debut -- Crystal Ravel and Crystal Debussy.

Since its debut in 2014, Emerald Waterways has been steadily expanding, and that will continue in 2017. The line that has won Editors Picks two years in a row for Best Value will launch three ships: Emerald Liberte on the Rhone; Emerald Destiny on the Rhine, Danube and Main; and Emerald Radiance on the Douro. Both the Rhone and Douro are new itineraries for the line. In 2017, the line is also running a Danube River cruise specifically for the LGBT community.

The river cruise line that frequently comes up tops for enrichment is focusing more on small-ship cruising in 2017. New itineraries on its 50-passenger ships Artemis and Arethusa include coastal cruises in Italy, Slovenia, Croatia and Malta. Trips range from 12 to 27 days and include airfare from New York and, in limited cases, waiver of the single supplement. The luxury river cruise line is overhauling several of its older "Space-Ships," bringing down the number of passengers and adding pools, new dining areas, a new culinary center called Culinaire and new suites. In 2017, these changes will be unveiled on Scenic Diamond and Scenic Sapphire; Scenic Emerald is also being rebuilt. Scenic has teamed with Trek to offer cycling itineraries on the Danube and Rhine and is launching Scenic Enrich, one-of-a-kind excursions included in the fare. Finally, Scenic is the first in the industry to offer a river cruising guarantee that includes monetary refunds for delays and cancellations stemming from river water levels, weather, labor strikes, mechanical breakdowns and natural disasters.

Another luxury line that is refurbing ships instead of building new ones, Tauck will debut two of them, ms Sapphire and ms Emerald, in France in 2017 (Swiss Jewel, Esprit and Treasures will follow in 2018). The updates include making almost every cabin larger, reducing the number of passengers and adding the popular Arthur's alternative restaurant. An early entrant into family river cruising through Tauck Bridges, the line will also debut a new family itinerary on the Seine.

The line's much anticipated new "Super Ship," 128-passenger Joie de Vivre, debuts on the Seine in March 2017; expect the same luxe touches that are the hallmark of Uniworld's program. Besides its biking partnership with Butterfield & Robinson, Uniworld is teaming with the global voluntourism organization Me to We to offer pre-cruise trips on several of its Ganges River cruises. New itineraries for 2017 include an immersive Jewish heritage tour on the Rhine River; the line is also planning to include port fees in its fare, introduce 24-hour room service and a concierge service. Looking ahead, the line plans an industry first in 2018 by developing U by Uniworld, a river cruise brand specifically aimed at travelers ages 18 to 40. The cruises will be held on existing ships that will be remade in contemporary ways, with modern touches such as communal tables, a new culinary program and onboard mixologists and DJs; the port experience will also be overhauled to include more time on shore at local restaurants, bars and nightclubs.

No new ships for Vantage in 2017, but the line continues to draw solo travelers with six to eight single-occupancy cabins on its ships that come without single supplements. The line is also debuting its first family-friendly river cruise itinerary, taking place on France's Seine River. In 2018, the line is partnering with American Queen Steamboat Company to charter its ships on the Mississippi River and the Pacific Northwest's Columbia and Snake rivers.

Viking continues the expansion of its award-winning Longship fleet with two vessels, Viking Herja and Viking Hild. The latter ship will be one of two sailing the line's new 12-night itinerary, Paris to the Swiss Alps, which boards on the Moselle and continues on the Rhine after a pre-cruise trip in Paris.