You may also like
Dismiss
Can You Remove Prepaid Gratuities On a Cruise? Should You?
Tipping on Ships: An Australian Culture Clash
What to Expect on a Cruise: Tipping Crewmembers on a Cruise
Viking River Cruises vs. CroisiEurope and A-Rosa
AmaWaterways vs. Scenic
Gate 1 Travel vs. Viking River Cruises
5 Ways to Save During Wave Season
How Much Should I Tip My Room Steward on a Cruise?
23 Things Cruisers Love to Complain About
Carnival Cruise FAQ 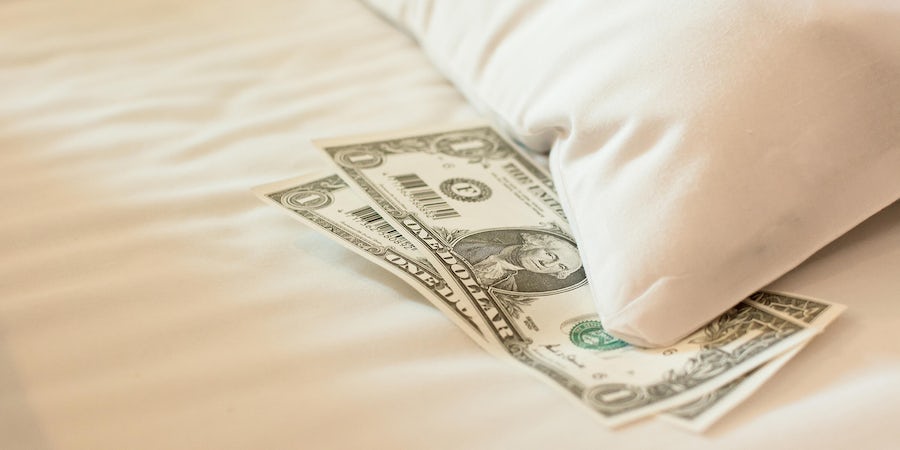 Right up there with saving deck chairs and smoking on balconies, one of the most controversial topics of discussion among cruise passengers has always been tipping. Sometimes the cruise lines themselves foster this controversy with confusing policies that leave passengers unsure how, who and how much they should tip. More recently, lines that have clear policies for Americans are having trouble accommodating a more international mix of travelers who do not share the same mentality about tipping.

Here is our comprehensive overview of current tipping policies, broken down by cruise type and cruise line:

In the past, most cruise lines in the North American market adhered to a similar policy; while tipping was technically at the discretion of each individual passenger, the cruise director or the daily program would suggest a "recommended amount" for service personnel like cabin and dining room stewards and, at the end of the cruise, envelopes for cash tips would be left in every cabin.

The cruise experience has changed over time, and most cruise lines have adjusted their tipping policies to match. In part due to the advent of alternative restaurants and flexible dining plans, most cruise lines have instituted auto-gratuities -- a set amount that is charged to each passenger's onboard account on a daily basis. These tips are then typically disbursed among various crew members.

Other lines, usually in the high-end luxury category, simply discourage tipping altogether by including them in the fare. Aside from some river cruises, leaving cash gratuities in envelopes is mainly a thing of the past.

Now, the hot topic in tipping is the rise of international travelers, who don't have the same custom of tipping as North Americans. Cruise passengers from the U.K., Europe, Australia and South America are coming onboard in increasing numbers. Yet they have been known to remove auto-gratuities and sometimes don't bother to tip at all -- it's simply not what they're used to doing.

Since many crew members depend on tips as a part of their salaries, some lines serving these markets have done away with tipping altogether -- and adjusted the fares accordingly so crew members get a fair wage. We expect cruise lines to continue tweaking their tipping policies to better serve their employees, so always be sure to double-check tipping policies with the cruise line or your travel agent when you book.