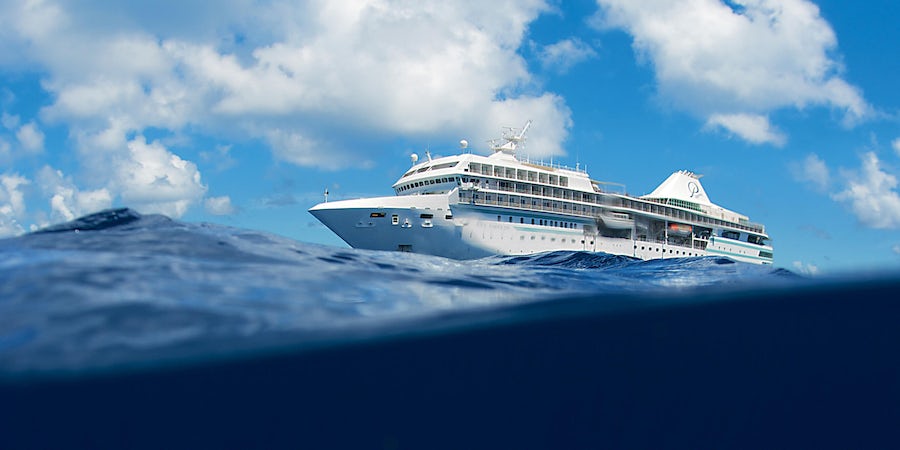 Exotic destinations? Yes, please. Complimentary wine, beer and cocktails? If you insist. Luxury cruises sure know how to give us everything we desire. As if it couldn't get any better, some lines up the ante with experiences so remarkable, you might not have dreamed they were even available on cruise vacations. Indulge in some cruise fantasies with five of our favorite experiences.

Popping bottles and nibbling on caviar while standing waist-deep in the water might sound like something out of a hip-hop music video. But it's how luxury small-ship lines like Seabourn and Seadream Yacht Club throw a beach party.

Known as Caviar in the Surf and Champagne & Caviar Splash Party, respectively, the popular activity involves the ship's officers floating out Champagne bottles, caviar tins and other accoutrements on surf boards to passengers wading in the sea. The group sips and schmoozes, while a barbecue lunch and drinks await them on shore. If this isn't living the high life, we don't know what is.

OK, so small ships don't have rock climbing walls or multiple swimming pools. That doesn't mean they don't know how to indulge adventurous spirits. A few lines, including Windstar, Seabourn, SeaDream and Paul Gauguin Cruises, are equipped with onboard marinas that house kayaks, paddleboards, snorkeling gear and other recreational toys. Passengers are free to use the equipment at their leisure, weather permitting, as long as the ship is anchored or in some cases docked.

Related: Tips for Picking a Cruise to Tahiti

The onboard marina is not open on every itinerary, so choose your cruise carefully if it's high on your list.

Traditional masted sailing is not a thing of the past. A handful of lines pay tribute to the golden age of sailing with tall ships that run on the power of ocean winds. One of them, however, takes channeling your inner sailor to the next level. Star Clippers offers its passengers a chance to climb the mast the mast for unbeatable views, the ultimate sense of accomplishment and of course, bragging rights.

How it works: You get strapped into a safety harness, climb more than 60 feet up a rope ladder and end at the crow's nest (a small lookout platform). Unless you've got the heebie-jeebies, don't rush to come back down. Soak up the scenery, and document your bravery with a selfie.

Nothing says "romance at sea" quite like butler service, dinner on your own personal deck and sleeping under the stars. Azamara's Nights in Private Places is a package just for couples, in which the ships' spa terrace is closed off to other passengers and transformed into a sensual hideaway. Lovers canoodle in luxurious robes, over Champagne and canapes, a saltwater whirlpool and freshly grilled meals paired with wine. At the end of the night, retreat to your outdoor canopy bed with privacy curtains for a long night of passionate … stargazing.

Psst: Seadream also offer an opportunity to sleep under the stars on its Balinese Dream Beds, though extras like dinner and Champagne are not included in the experience.

Riding in a submarine -- who didn't dream of that as a kid? On Crystal Cruises' Crystal Esprit, you can finally satisfy your childlike curiosity on a three-person submarine that travels nearly 1,000 feet under the sea.

Helmed by the ship's captain (or his first mate), the sub -- which looks more like something out of "Transformers" than your stereotypical military watercraft -- features a Plexiglas bubble that offers 360-degree views of the marine life below. It's kind of like scuba-diving, except you're fully clothed in a cozy, protective capsule and never actually get wet.