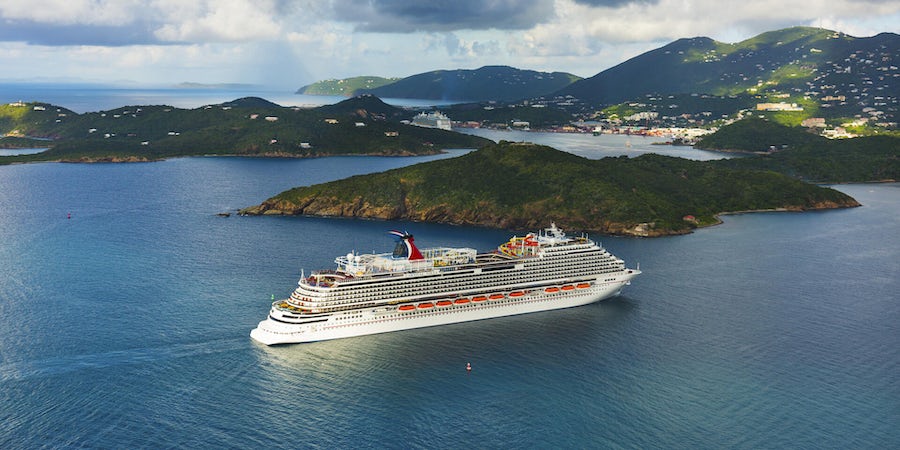 "Can I book a cruise for $100 a day?" We hear this question all the time, and the answer is, "Absolutely, yes!" While the cost of everything seems to be going up these days, cheap cruises that cost $100 or less (plus taxes and fees) per person, per day, are not a thing of the past.

You can find inexpensive itineraries that call on ports across the globe. You just need to know where to look, and pull the trigger quickly when you find the right deal for your family. Here's our expert advice for finding cheap cruises under $100 per day.

Editor's note: Cruise fares fluctuate daily, and any cruise prices mentioned below have likely changed from time of publication. Prices are provided as an estimate; real-time pricing can be found on the cruise lines' websites.

First things first: When searching for a $100-per-day, per-person cruise fare, look toward the cruise lines that offer these sorts of fares on a regular basis. While we'd all love to sail on intimate, luxurious yachts for $100 per day, it's never going to happen.

Instead, look at the cruise lines that have a lot of 2,000-plus-passenger ships in their fleets and sail to more varied destinations. Carnival repeatedly earns accolades for best value cruises because rates are low on average, and a lot is included in your cruise fare. (Did someone say endless Guy's Burgers?) You can also find inexpensive cruises on lines like Royal Caribbean, MSC Cruises, Costa, Norwegian, Princess and even Celebrity and Holland America.

At this price point, you're most likely looking at windowless inside cabins or ocean-view rooms with a porthole or picture window but no balcony. You certainly won't be getting the fancy suites you might see in cruise line ads. On the flip side, some entry-level cabins can sleep up to four people, and with third and fourth passengers generally paying reduced rates for their bunk bed or pull-out sofa accommodations, you can bring everyone's base price down by sharing a cabin.

Some cruise destinations, like the Bahamas and Caribbean, are saturated with options from dozens of different cruise lines, so it makes sense that inexpensive fares can be found every now and then. But, don't forget to search for your dream destination. You might be surprised by what you find.

For example, Alaska is the hot cruise ticket right now, but we found some seven-night high-season sailings starting at $100 per diem. Look to Golden Princess in June and July, and Royal Princess for just a few dollars more (about $103 per day).

Travel During Offseason or Shoulder Season

If you're willing to travel in the shoulder season, you'll often score lower prices. For example, May is the very beginning of Alaska's cruise season, so you'll find less expensive fares then, as well as at the end of the season in late August/early September.

For example, we found several seven-night itineraries for well under $100 per person, per day -- all in May, late August and September. How about a Vancouver-to-Anchorage sailing on Island Princess for $63 per person, per day? Or Celebrity Millennium doing the reverse route from Anchorage to Vancouver for just one dollar more per night, per person? Those are all excellent deals for terrific ships sailing the Last Frontier.

You can do even better if you sail in the offseason in some parts of the world. The Mediterranean is usually packed during late spring and summer, but you can often snag terrific cruise deals in the fall and even the winter when some lines still offer sailings in the region.

You can often find excellent pricing on short "teaser" cruises (three to five nights), such as those in the Caribbean, Bahamas or Mexico. If you are within driving distance of Florida, you're in luck because many short, cheap cruises depart from large ports like Miami and Fort Lauderdale.

And, while Norwegian Sky comes in a tiny bit higher than $100 per person per day, it is all-inclusive, so it's worth a look in the Bahamas. The per diem for a three-night round-trip from Miami is about $106 per person.

Looking for a voyage that's just a bit longer? Carnival Elation runs five-night sailings roundtrip out of Jacksonville with per-person pricing as low as $50 per day.

Targeting short-cruise deals is a smart strategy, but don't skip a search of longer voyages -- especially transatlantic repositioning cruises. These voyages are often discounted to fill the ship that's switching from one cruise region to another (crossing the Atlantic to move from the Mediterranean to the Caribbean, for example) for the next season.

Related: 10 Things Not to Do on Repositioning Cruises

Royal Caribbean's Rhapsody of the Seas offers a 14-night Tampa-to-Barcelona repositioning cruise that nets out to just $32 per person, per day. Want a more exotic itinerary? How about Costa Pacifica's 14-night Marseille-to-Rio de Janeiro routing? It's just $39 per person, per day. Or, go traditional and sail Holland America's Veendam from Fort Lauderdale to Rome (Civitavecchia) for $45 per person, per day.

The fact is, $100-per-day cruises are generally found aboard older ships. That's not necessarily a bad thing. Mainstream cruise lines do an amazing job of keeping their ships updated and refurbished, but you should know that the product you're sailing for $100 or less per day probably won't have all the bells and whistles of a brand-new ship.

The average age of the ships we've mentioned in this story is 15 years, with the newest ship being 7-year-old MSC Divina and the oldest being Holland America's Veendam at 23 years old. (Note that we did also talk about MSC Grandiosa, which launched in 2019. It remains to be seen if its inexpensive Mediterranean fares are introductory or if they will be offered again.)

The bottom line here is that you should take the time to search for your dream cruises to see if there's a chance of finding a deal with a per diem of $100 or less. If the right elements align, you just might find yourself a terrific cruise deal.