You may also like
Dismiss
How to Prepare Your Home for a Long Cruise
23 Steps to Creating a Cruise in Your Own Home
5 Perfect Souvenirs from a Europe Christmas Markets Cruise
Virtual Balconies on Royal Caribbean
Family Cruise Hacks
15 Things That Drive You Nuts on a Cruise and How to Be Zen About Them
7 Deadly Sins of Cruising and How to Rise Above Them
River Cruise Travel Insurance: What It Covers and Why You Need It
23 Things Cruisers Love to Complain About
Best Streaming Travel TV Shows to Make You Long to Cruise Again 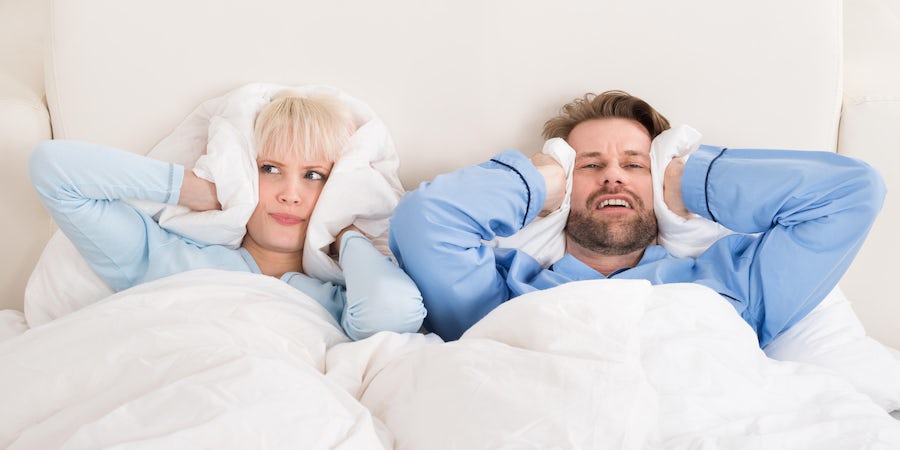 How to Deal With Bad Neighbors on a Cruise (Photo: Andrey_Popov/Shutterstock.com)

How to Deal With Bad Neighbors on a Cruise

How to Deal With Bad Neighbors on a Cruise (Photo: Andrey_Popov/Shutterstock.com)
Gina Kramer
Contributor

In a perfect world, your cruise ship cabin neighbors would never smoke on their balconies, stumble down the corridor in a drunken stupor at 3 a.m. or engage in hanky-panky so audibly obnoxious that "Who's your daddy?" is burned in your memory for the next several days. Thankfully, your neighboring passengers are rarely an issue. Most of them are respectful, friendly and quiet just like you.

Some unlucky cruisers, however, encounter bad neighbors breaking the rules or just being downright rude. If this happens to you, don't confront them yourself. Instead, avoid awkward situations and unnecessary arguments by taking the appropriate action. Here's how to deal with bad neighbors on a cruise.

Problem: Your neighbors are too loud.

Sound travels easily through cruise ship cabin walls, especially when there's an interconnecting door. It's nearly impossible to relax or sleep when your neighbors routinely slam doors, allow their unruly kids to run up and down the corridor or have sex loud enough for the entire hallway to hear.

Solution: Start with a simple complaint to your cabin steward, but if that doesn't cut it, ask to move to another cabin. If the ship's full, with no extra cabins, consider using earplugs and downloading a white noise app on your phone to drown out the sound.

Problem: Your neighbors are smoking on their balcony.

Most cruise lines prohibit smoking in cabins, including balconies. It's a fire hazard as well as a nuisance in the eyes of many cruisers. Unfortunately, some smokers continue to go against the policy, filling nearby cabins with fumes and putting themselves and their neighbors at risk. One warning by the ship typically does the trick, since novice cruisers might not even realize there's a ban in place.

For entitled smokers who knowingly break the rules, it can be a little harder to prove wrongdoing. Try to find evidence, such as cigarette butts that have blown over onto your balcony. Some Cruise Critic readers have gone so far as to take photos of culprits caught in the act, which ultimately helped ship staff resolve the issue.

Solution: Call security as smoking is against ship rules. Until the issue is resolved, you'll unfortunately need to plan your balcony time around your neighbor's schedule.

Problem: Your neighbors are fighting.

There's a fine line between complaining and looking out for someone's well-being. If you hear your neighbors fighting, you should take action as soon as possible. You can never predict how quickly a heated argument will escalate, or if violence is involved.

Problem: Your neighbors left food in the hall.

While some hotels tell you to leave your room service tray outside the door, the act is frowned upon on cruise ships. No one wants to see or smell old food near their cabin -- plus, it looks tacky. We'll give your neighbors the benefit of the doubt this time, if they didn't realize it'd be an issue.

Solution: Call housekeeping or room service to clear the dishes, then ask your steward if he or she can kindly let your neighbors know not to place their tray in the hallway.

Related: Cabin Stewards on a Cruise: What to Expect