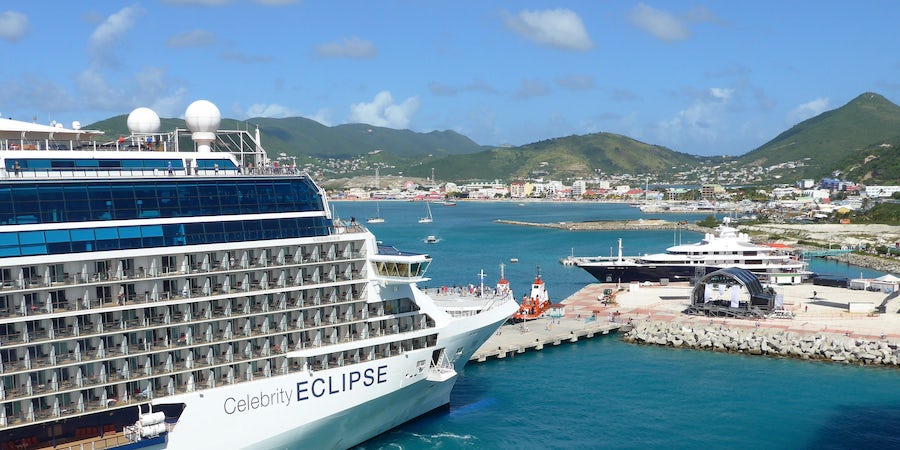 If you're a seasoned cruiser, chances are you've seen or at least heard of pier runners. For the uninitiated, allow us to explain. When you disembark your cruise ship to visit a port, you'll have to be back onboard by a designated time so the vessel can sail on to its next stop. In some ports -- particularly those known for their party vibe and large number of watering holes -- a few stragglers wander back to the ship late.

When they realize their mistake, one of two things happens: They make a mad dash for the gangway, hoping they won't literally miss the boat, or they continue to casually stroll along the pier as though they aren't holding up the thousands of other people who've been waiting for them.

The former reaction elicits cheers, the latter elicits ire, but both elicit cat calls from those watching on the upper decks. Some cruisers enjoy watching pier runners so much that they actually book their cabins based on the side of the ship they're most likely to witness the phenomenon. (Don't believe us? Check out the Cruise Critic message boards.)

Below, we've compiled some of our favorite pier runner videos -- videos guaranteed to show you why you should always make sure you're back to your ship on time.

In this video, after holding up thousands of other passengers on an undisclosed cruise ship, several latecomers sprint down the notoriously long pier in Cozumel. They make it across the gangway just in time, amid whoops and hollers from fellow cruisers already back onboard.

Related: What to Do If Your Cruise Ship Leaves You Behind ... and How to Prepare So It Doesn't Happen to You

This video, also based in Cozumel, shows a whole group of passengers breaking into a run toward Carnival Magic. We're still not sure if they made it back onboard....

These pier runners in Bermuda can't believe that Norwegian Breakaway has just pulled away from the dock, leaving them behind. Should they run, in the hope that the cruise ship will turn back for them, or give up and walk? They can't seem to decide.

Related: 20 Quintessential Cruise Experiences You Must Try at Least Once

In this video, shot on Carnival Sensation in Ocho Rios, three women returned to the ship 45 minutes late -- just in time to see it sailing away without them. We hope that extra beach time was worth it.

Think this sort of thing only happens in the Caribbean? Nope. Have a look at this video, shot from Royal Caribbean's Mariner of the Seas while docked in Rhodes, Greece. These late passengers are worse than pier runners; they're pier walkers. Shame!