You may also like
Dismiss
7 Unusual Places to Book a Cruise
Celebrity Cruises Captain's Club Cruise Loyalty Program
Azamara Le Club Voyage Cruise Loyalty Program
Best Cruise Travel Agents
3 Cruise Clubs You Need to Join Right Now
How to Find a Great Deal on Cruise Critic With One Easy Tool
Carnival Cruise FAQ
9 Best Cruise Lines for Cruise & Stay Packages
How to Book a Suite for Less
What To Do If Your U.K. Cruise Travel Agent or Operator Goes Bust? 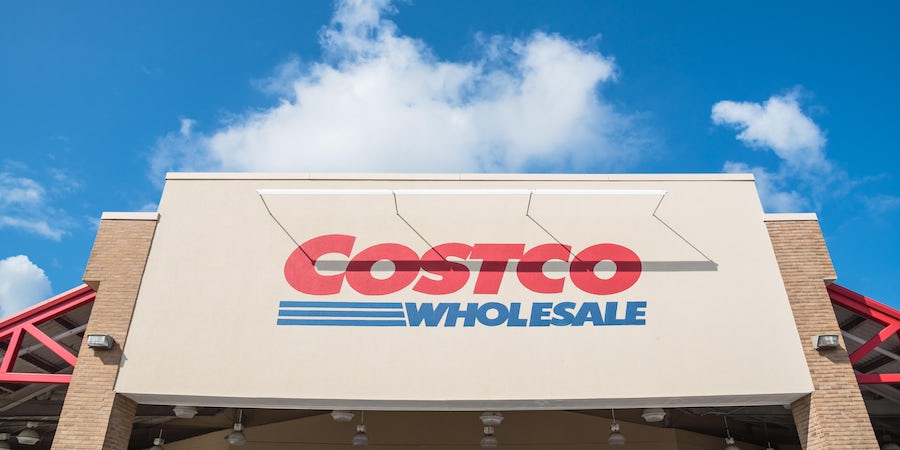 5 Things You Didn't Know About Booking a Costco Cruise

You know Costco for cheap gas, roasted chickens and mayonnaise by the gallon. Did you also know that Costco Travel, the big-box chain's in-house travel agency, is a go-to source for some of the best cruise deals on the seven seas?

That's been my experience when booking my own cruises, as well as sailings for family and friends. I've booked direct with cruise lines, used traditional brick-and-mortar travel agencies and gone through online travel suppliers like Expedia, Vacations To Go and American Discount Cruises. But more often than not, when shipboard credits and other incentives were tallied, Costco Travel came out as low as, or lower than, other options.

And I'm not the only one finding great pricing. Savvy cruisers, including many Cruise Critic members, have saved big by booking cruises through Costco. Intrigued? Here are five things you don't know about booking a Costco cruise -- and why Costco Travel is my first -- and usually last -- stop when shopping for a cruise.

1. Yes, You Can Book Cruises Through Costco

Costco started its travel subsidiary in 2000, according to Jody Zegers, a cruise buyer for Costco Travel. The call center now has a staff of 250 selling cruises, though many bookings are completed online at CostcoTravel.com. The business is focused on just four travel "verticals": car rentals, hotels, vacation packages and cruises. (Air can be packaged with cruises, but Costco does not sell air by itself.)

Related: 8 Tips for Driving to Your Cruise

Although we know (and love) Costco warehouses for their bulk bargains, not all categories at Costco require plus-sized buys. (Think jeans, mattresses and wine, which can be purchased individually.) Cruises are the same. You won't need to book multiple cabins or cruises in bulk to score these deals.

Costco Travel does not sell every cruise line, but it does handle all of the largest brands, including Carnival. There's no hard sell (phone reps are not on commission), cruise cancellations are handled efficiently and without hassle, and the invoicing is clear and easy to read.

Like the warehouses, to access Costco's cruise discounts, you'll need to pony up for membership -- $60 per household at the basic level. But the savings on a typical cruise booking for two will usually cover that annual fee. Meanwhile, discounts on more expensive cruises or multiple cabins can amount to hundreds of dollars.

2. Costco Cruises Can Be a Great Deal

The land of the $1.50 hot dog-and-soda meal is also a key source of cruise value for many Cruise Critic members.

"Costco is usually the best deal," says KirkNC, who is careful to compare multiple outlets before locking in a fare. "We get around 8 percent back in onboard credits, which are refundable, so if we don't use them we get a credit back on our credit card."

Another member, RSF Cruiser, has booked about two Princess cruises a year for the past five years and has been "totally pleased."

"They charge the going rate on the Princess website, including past guest discounts, but then 'give' you refundable onboard credit that is a percent of the fare paid. You also get any specials Princess is running, like included gratuities or all-inclusive beverage packages."

3. It's More Than the Usual Shipboard Credits

Because the cruise industry aims to enforce pricing parity across all booking channels, discounts don't usually appear in the upfront cruise fare. Instead, you'll see discounts in the form of extra perks.

Related: Aruba Cruise Deals: A Guide to Scoring the Best Cruise for You

Common types of booking incentives include free beverage packages, specialty dining and shipboard credits -- a rebate that shows up as a credit to your onboard bill at the start of your cruise and can be used for drinks, specialty dining, spa treatments or shore excursions. Costco offers these benefits to their customers on select cruises; executive-level Costco members usually receive even greater credits.

Unlike a typical travel agent, Costco Travel also offers rebates issued as Costco Cash Cards. There's no rebate form to fill out; the cash card arrives in the mail two to four weeks after your cruise, to be used at Costco's warehouses or for online orders.

While the disadvantage of a cash card over a shipboard credit is that Costco hangs onto your rebate for a month longer, the payoff is usually greater. And, as anyone who regularly shops at Costco knows, it doesn't take long to blow through a few hundred dollars in gas fill-ups alone.

Related: Star Trek Cruise 2022: What You Need to Know

It's worth digging a little deeper on the Costco Travel website for even better deals. For instance, sailings marked "Buyer's Choice" or "Kirkland Signature" come with extra perks and amenities, exclusive to Costco members. They often have a loose theme, such as "food, family and fun."

Zeger explains that Kirkland Signature deals need to represent a value at least 20% better than offers you'd find elsewhere in the market; this applies to travel or anything you'd buy in the warehouse. Buyers' Choice offers a 15% better value. " Typically these required values are achieved by negotiating exclusive amenities with the cruise lines such as specialty dining, spa treatments, private events, etc.," she says.

That's what Andrew Ostrander, who cruises several times a year, discovered as he was shopping for a Baltic trip.

"We had already decided on where we were going, but we were flexible on the travel date and ship," said Ostrander. "I usually compare booking sites against one another, but Costco had a photography-themed Celebrity sailing with a really good price, with photo classes and a photography contest. There were a lot of valuable add-ons, but Costco's price still came out a couple of hundred dollars lower than other cruise sites."

When we checked, a Costco "savor and spa" cruise aboard Anthem of the Seas offered similar value.

Booked direct through the cruise line, a the lowest-priced balcony cabin came to $1,894 per person, including a $100 onboard credit offer. But the same cabin through Costco came in at $1,856 and included a $95 Costco cash card, a free dinner for up to four people in one of the ship's specialty restaurants (Chops Grille, Jamie's Italian or Wonderland), onboard soda package for two, lunch or dinner at Johnny Rockets for up to four people and your choice from select spa treatments (La Therapie hydrolift facial, Swedish massage or reflexology including massage).

The Kirkland Signature and Buyer's Choice promotions usually require booking specific cabin types. For example, this offer only applied to seven specific cabin classes. These types of added-amenity offers are not exclusive to Costco; other large travel agencies can and do offer their own packages, which might come out lower than Costco's pricing for a specific cruise. It's always beneficial to do your research and compare prices. Bottom line: It pays to shop around.

5. Costco Travel Is Not for Everyone

If you're new to cruising or unsure of what you want, Costco might not be the best travel agency for you. "I think a first time cruiser would be better off using an agency that walks them through everything," says NoVa Mimi, who books all her cruises exclusively through Costco. "Costco does not do that. Many of their reps have not even been on a cruise."

First-time cruisers who need a little more handholding to understand cabin and dining options might benefit by working with a traditional travel agent. Costco does not assign a specific agent to your booking, so you're unlikely to talk to the same call center representative twice. And despite what sounds like a solid training program, cruise experience is not a requirement to work at Costco Travel's call center (though Zegers says all agents receive travel agent accreditation through IATA, the International Air Transportation Association, following four to six weeks of training, and are encouraged to take each cruise line's proprietary trainings when available).

Related: What to Expect on a Cruise: Booking a Cruise With a Travel Agent

"They aren't active travel agents, they don't proactively check for price drops," noted kleptn. However, Costco does have pre- and post-travel support departments, as well as an after-hours phone number for travel emergencies, to assist travelers once they've booked their cruise.

But for experienced cruisers who have a good idea of the ships and cabins they want, Costco Travel is worth checking out. The company does not sell some of the more upscale or boutique lines, such as Oceania, Silversea and Windstar, but Costco is definitely looking to expand its selection of cruise lines, according to Zegers.

"There are cruise partners we are not in business with, and we are talking with them," she added.