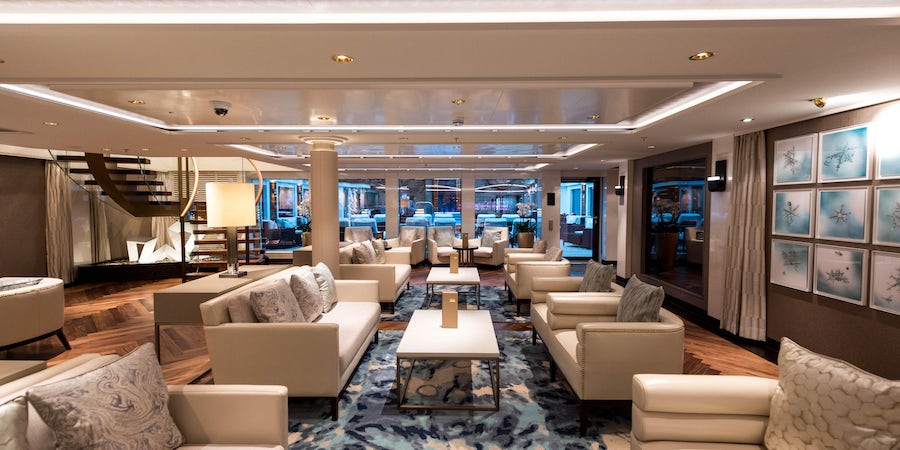 The Haven on Norwegian Cruise Line

Feel like having the fun and energy of a mainstream ship experience while indulging in silver-platter service? Norwegian Cruise Line's Haven might be the suite experience for you.

What Is the Norwegian Haven and Which Ship Has the Best One?

The Haven is the all-suite section of Norwegian Cruise Line ships, accessible by keycard-holders only.  The Haven allows passengers to enjoy everything from a private bar and lounge to a custom restaurant, secluded sun deck and calm courtyard, without ever leaving the suite complex.

On most Norwegian ships, the exclusive sun deck is at the very top of the ship and typically forward, meaning it's the perfect place to sunbathe in peace or have a drink while you sail into a new port. You don't even have to leave for meals because The Haven (on Epic, Breakaway, Getaway, Escape, Encore, Prima and Viva) includes its own, sophisticated restaurant, serving its clientele with a breakfast, lunch and dinner menu designed just for suite passengers.

On Norwegian Prima and Norwegian Viva, the Haven is at the back of the ship. This change might seem simple but it’s a dream for sunseekers, as you typically have less wind at the back of the ship than in the front. The Haven on the Prima-class ship is the best one in the fleet, not only for this reason, but because the pool is now an outdoor infinity-style pool, as opposed to being contained in a courtyard. Another bonus: the sundeck spans two decks, with one being dedicated solely for passengers over 18, meaning that you can venture into the hot tubs without fear of kids and splashing.

Another feature of the Haven on Norwegian Prima and Norwegian Viva is that the suites and rooms are all in the same area of the ship, connected by an elevator. This makes it feel more like a true “ship within a ship” than the Havens on the other vessels.

Finally, the Restaurant on the Prima-class Havens is larger and has much better views than you find on the other ships. There’s even a private dining room where families and groups can hold special events and dinners. On Norwegian Prima, godmother Katy Perry and actor husband Orlando Bloom celebrated their daughter’s birthday in the Haven’s private dining room.

What Kind of Perks and Benefits Do You Get in the Haven?

The benefits of cruising within The Haven enclave are many. Suite amenities include pluses like a cappuccino machine, luxury bath products and a welcome bottle of sparkling wine, as well as fruit and bottled water, on embarkation day.

Included in your cruise fare are the services of a concierge and butler. Priority embarkation, debarkation, seating at shows and dining reservations also come de facto with that special metallic Haven keycard. Small fees, like the charge for room service, are waived for passengers in suites on Norwegian Cruise Line. On some ships (Norwegian Escape, Norwegian Getaway, Norwegian Breakaway and Norwegian Epic), Haven guests are given a mobile phone that they can use throughout the ship.

With Norwegian's ongoing free-perks promotion, Haven cruise passengers receive all the promotional perks, such as an unlimited beverage package, free meals at specialty dining restaurants, a shore excursion credit, an internet package and free third and fourth passengers to a cabin on select sailings. (Passengers in other cabin categories typically qualify for just one or two of those perks.)

What are the Suites and Rooms Like in the Haven?

There are various types of suites and rooms within The Haven and they vary by ship.

Spa Suites have priority access to the Mandara Spa and other spa-themed privileges (available only on Norwegian Escape, Norwegian Breakaway, Norwegian Getaway Norwegian Bliss and Norwegian Epic). Rooms come with a king-sized bed, a hot tub and an oversized waterfall shower with multiple jets. These rooms also receive complimentary access to the Thermal Spa.

The two-bedroom Family Villa has a master bedroom, plus a small bedroom with a sofa bed for kids. If you don’t want to go take this option, however, keep in mind that the Haven also has a variety of connecting rooms, although keep in mind that you can’t stick two children in a cabin of their own. This suite sleeps up to six.

Penthouses are great for people who love to entertain. There are several different types, depending on ship. The aft and forward Penthouse suites give you fantastic views, but when you book these, keep in mind that the aft suites are likely not be within the Haven complex on some ships; what you lose in convenience, you’ll make up in views, however. The Courtyard Penthouse suites have a round bed; some have pretty floor-to-ceiling windows.

Owner's Suites provide cruisers with impressive square footage, luxurious surroundings and staggering balconies. The regular Owners Suites can sleep up to four, while the Deluxe Owners Suites, some with two bedrooms, can hold six. These cabins are true suites, with a living/dining room that is separate from the bedroom.

The 3-bedroom Garden Villa remain some of the largest suites at sea, measuring up to 7,000 square feet. They come with exceptional amenities and an outdoor terrace with its own hot tub; the total complex accommodates up to eight people. These suites are only available as part of The Haven on Norwegian's Jewel-class ships. (Garden Villas are also found onboard ships without a Haven complex.)

What’s the Price for a Room or Cabin in the Haven?

Cruise fare for a room in The Haven varies by cabin category, length of cruise and destination. Expect to pay an average of $3,000 per person for a weeklong sailing in one of The Haven suites. Another rule of thumb: you’ll pay between twice to eight or ten times as much for a Haven room as a regular cabin.

Is the Norwegian Haven Worth It?

This is entirely subjective. We recommend the Haven for families and groups who want higher-end accommodations and amenities, in a mainstream cruise ship setting where you have access to shows, the casino and a variety of dining options. Norwegian is also a fantastic line for families with teens.

What Norwegian Cruise Line Ships Have the Haven?

A version of The Haven is available onboard the following ships: