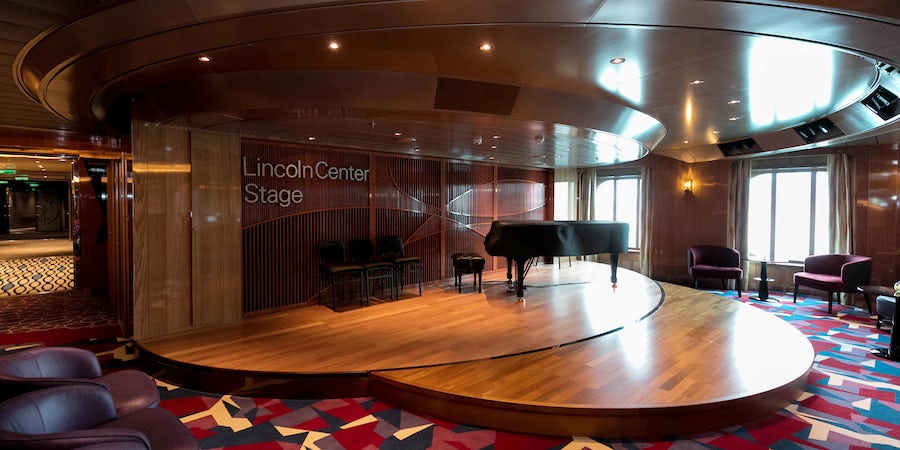 Holland America Line has formed an exclusive partnership with the Lincoln Center for Performing Arts in New York City onboard three of its ships. The venerable institution lends its name to a space to showcase classical music recitals, with top musicians performing numerous programs of chamber music every evening, and afternoons on sea days.

The Lincoln Center Stage is where you can enjoy exclusive classical music recitals onboard three of HAL's ships. On Koningsdam and Nieuw Statendam, it forms part of the Music Walk, which also features B.B. King's Blues Club and Billboard Onboard. The venue features a raised stage, complete with a grand piano, and bucket chairs arranged in a semi-circle in front. On Eurodam, it forms part of the Explorers Lounge, and on Oosterdam, it is a separate room adjoining the Explorers Lounge. There is waiter service on all three ships.

The musicians include classically trained violinists, violists, cellists and pianists, who perform a selection of music six nights on a seven-night sailing. There are three programs per night, each 45 minutes to an hour, and they will vary to provide plenty of options. Check your daily planner for exact times. Pre-booking is not required, and it's open -- but limited -- seating.

There is no cover charge for the Lincoln Center Stage, though alcoholic beverages will cost you.

Lincoln Center Stage is found on the following ships: