Scam or Deal: Will That Cruise Sale Really Save You Money?

If you're like me, your inbox is flooded daily with cruise line emails advertising amazing sales that will save you money. Free this, free that, BOGO (Buy One Get One) half off, discounts of 50, no 60, no 75 percent off prevailing rates. Your inner bargain hunter starts itching to snag that deal, while the killjoy skeptic on your other shoulder is whispering, "This sale is too good to be true."

Which is it? If the offer is coming from the cruise line or a travel agent, it's not a scam -- you will be able to book a cruise. But the deal, as advertised, might be misleading. Promises of huge discounts might not actually result in the cheapest cruise fare you've ever seen, and fees hidden in the fine print can bump up the price you pay.

To cut through the confusion, we take a look at some of the most common cruise line offers to uncover what's really on offer. Scam or deal -- the only thing that matters is what price the cruise line or travel agency is asking, and whether you're willing to pay it.

Would you like your cruise half off? How about 75 percent off? Yes, please!

But wait a minute -- that's 75 percent off of what? The answer to that is "full fare," but cruise lines are vague about what counts as full fare. Some lines use the brochure rate -- a somewhat mythical price that exists only in cruise line advertising, usually with a slash through it. Pretty much no one pays these inflated prices.

Also, Cruise Critic members report that cruise lines sometimes raise rates just prior to a sale, so they can claim to slash fares -- even if the supposed lower fare is the same, or more expensive, than previous rates. The take-home is that "full fare" can mean anything, including price points no customer has actually paid for the cruise in question.

The best advice is to forget about the actual percentage off, and just assess whether the list price for your cruise is what you're willing to pay. If you monitor fares for a few weeks prior to booking, you'll have a better sense of what's a deal and what's not.

Verdict: Percentage-off deals don't always lead to the dirt-cheap prices you're expecting. However, they can indicate a true sale with reasonable prices.

BOGO (Buy One Get One): Scam 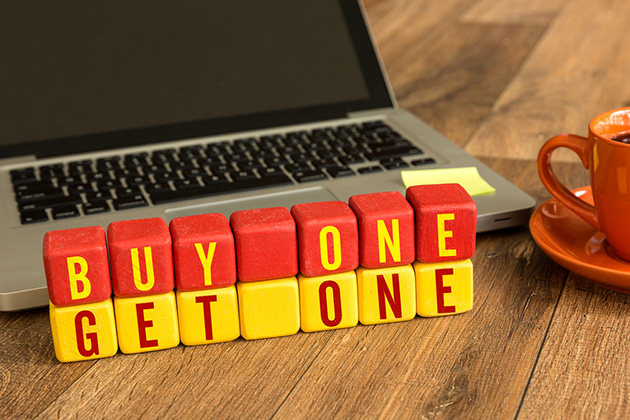 BOGO deals -- typically buy one get one free or half price -- are a particular favorite of Royal Caribbean, though other lines might use this lure as well. The hook is that if you buy one cruise fare at full price, you get the second one discounted.

BOGO deals are just more complicated percentage-off deals. The same caveats apply regarding what is a full fare.

The other tricky thing about BOGO deals is that the cruise lines list the prices with the discount factored in. We once checked fares for a three-night Bahamas cruise during a Royal Caribbean promotion for BOGO 60 percent off and found starting rates listed as $198 per person, and in tiny print was a notice that the fare had been $284. If you weren't paying careful attention, you'd think the sale fare was $198 for the first person and $79 for the second. But Royal Caribbean has already done the math; the first person is actually paying $284 and the second $114. Add that together and divide by two and you get the list price of $198.

Verdict: BOGOs can be misleading. Once you know that the discount is already factored into the listed prices, you can decide whether that fare is acceptable to you or not.

Free airfare and hotel deals are most common among luxury, ultra-premium and river cruise lines, though they can show up industry-wide. Considering that airfare and pre- or post-cruise hotel fees make up a significant part of any cruise vacation budget, the idea of getting such add-ons for free is quite an attractive offer.

The first thing to know about free airfare deals is that they're typically limited to select major airports. The fine print for one free airfare offer on Oceania Cruises lists 29 U.S. and Canadian airports, then says "airfare is available from all other U.S. and Canadian gateways for an additional charge." If you want to fly out of Oklahoma City or St. Louis or Anchorage, your airfare will not be free.

If it's even "free" to begin with. Regent Seven Seas has a standing free airfare offer, and Cruise Critic members routinely opt out of Regent's air and get hundreds of dollars back as an air credit. (They've received reimbursement for opting out of free hotel deals, as well.) Which means that the free airfare is not really free, but bundled into the price of your cruise -- and if you're a savvy shopper, or have frequent flyer miles, you can likely get a better deal on your own.

Finally, watch out for "air deviation fees," should you wish to influence air routings or fly in a few days pre-cruise with your free air offer. If you don't want to pay extra, you have to settle for whatever routing (including layovers), the cruise line chooses.

Verdict: If you think you're getting something for nothing, then you've been scammed. Or perhaps you're just incredibly naive. Free air and hotel deals can take some stress out of planning if you're not picky, but in many circumstances you will get a better deal or more satisfactory flight options if you book your own. 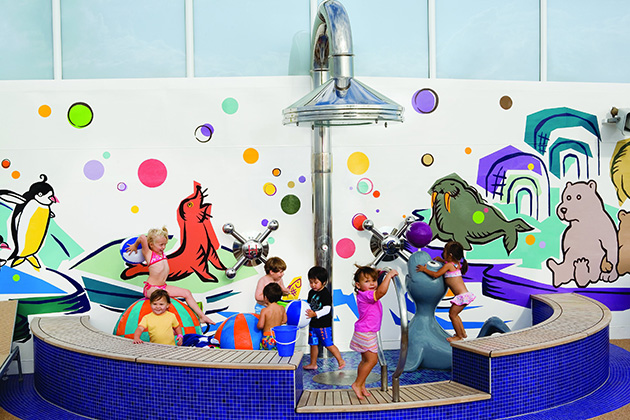 We're used to kids' pricing on everything from restaurant meals to museum admission, so many first-time cruisers are shocked to find the littlest kids have to pay the same cruise fare as adults. "Kids sail free" promotions are alluring because they promise a significant discount to expensive family vacations.

Related: What to Expect on a Cruise: Family Cruises

There are a few things to know about such offers. The first is that they always apply to children sailing as the third or fourth passenger in a cabin. That means if you want two connecting cabins, one for mom and dad, and one for the kids, you will still have to pay full price.

Also, depending on the ship, the cheapest cabins don't always have extra berths for third or fourth passengers. In order to get free fares, you might need to upgrade your cabin and pay two expensive adult fares, which could end up costing more than two lower-cost cabins. Even if your ship does offer extra bunks in inside or outside cabins, do you really want to cram four people in a tiny room with no access to fresh air? Remember, you are supposed to be on vacation.

If it is a true kids deal (versus a general third-passenger deal), some lines impose age limits. For example, MSC's ongoing "kids sail free" offer applies to kids either 11 or 12 and under (age limit varies based on sail date). Your 13-year-old might act immature, but he's going to have to pay full fare.

Finally, note that while kids will get free cruise fares, you will still have to pay the taxes, fees and gratuities for them. We checked prices on a Norwegian cruise deal where one of the perks you can pick is a free guest or two. For a seven-night cruise, each passenger in the cabin (we checked for four passengers) was charged $130 in taxes, even when the "extra guest" offer was selected and the third and fourth cruise fares were waived. (Incidentally, third and fourth passenger fares when we checked were only $229 per person-- compared to $1,099 for the first two passengers -- so fares were already significantly reduced even before choosing the "extra guest" offer.)

Verdict: This one's a deal in our books. Yes, there's fine print that can be misleading at first, but at the end of the day, the cruise line does not charge your kids a cruise fare. However, if you have to upgrade your cabin to access the promotion -- thereby increasing the costs for the adults on the booking -- you might not see any true savings from the offer.

Free money! It's true -- onboard credit is essentially the cruise line handing you free money to use onboard.

There are catches, for sure. If you don't spend all your onboard credit, you typically lose it when your cruise ends. You can't get paid out for unused amounts in cash. But, hey, it's called "onboard credit," so that seems clear enough.

Marketing emails will often say things like "up to $250 in onboard credit," with the fine print indicating that the full amount is per cabin, not per person, and you only get the full amount by booking a suite. The $20 you might get for your inside cabin could be more trouble than it's worth if it causes you to go shopping onboard and come out with $50 in T-shirts, costume jewelry and souvenirs -- spending more than you got for free.

Verdict: Deal! You really are getting something for nothing here. There's no way to prove that cruise lines raise all rates 50 bucks when they offer $50 OBC because cruise fares rise and fall all the time. And it's not the line's fault if you spend more than your credit when you go shopping. So go ahead -- feel happy that you got a deal, and tell your inner skeptic to take a holiday.