You may also like
Dismiss
Best Time to Go on a Cruise
What to Expect on a Cruise: Cruise Ship Food
5 Signs That Cruising Is Making a Comeback in California
Tips for Finding Peace and Quiet on a Cruise
The Earth Thanks You: More Cruise Ports Are Going Green
Panama Canal Cruise Tips
Canada & New England Cruise Tips
My First Cruise: Preconceptions and First Impressions From a New Cruiser
7 Challenging Cruise Ports We Can Help You Navigate
9 Tips for Staying Safe on a Cruise Shore Tour 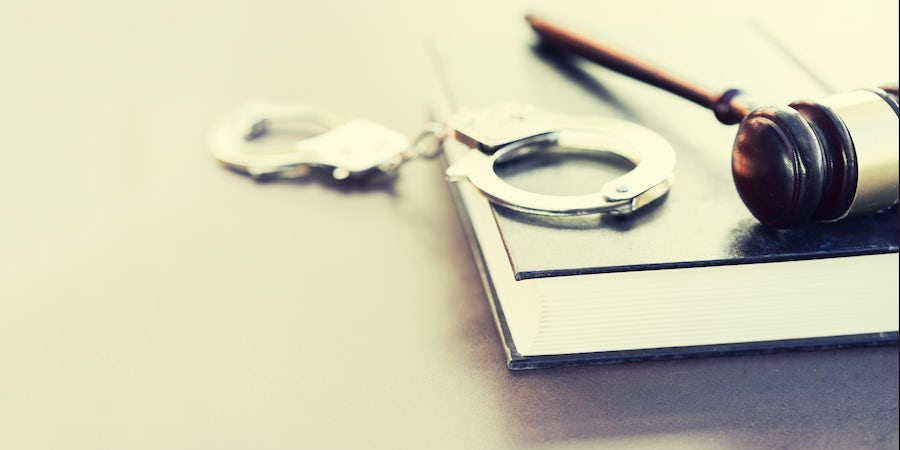 How Cruise Ships Deal with Crime at Sea (Photo: BCFC/Shutterstock)

How Cruise Ships Deal with Crime at Sea

If you've ever had something confiscated on embarkation day from your checked bags by cruise ship security personnel (holiday lights, unapproved electrical appliances, knives or perhaps illicit alcohol), you may have joked about doing a "perp walk" to retrieve your luggage (missing the prohibited items, of course) from the lower deck of the ship. But passenger safety and security are a serious matter for cruise lines. Controlling the flow of luggage contraband is a tiny fraction of how cruise ships deal with crime onboard.

Which Crimes Happen Most Often at Sea?

Most security issues onboard ships at sea are relatively minor cases of public intoxication, which rarely rise to the level of criminal prosecution. Ship's staff are trained to deal with these cases, prevent escalation and, in most cases, keep them from affecting other passengers. But it stands to reason that all that intoxication can sometimes lead to more serious crimes.

While many cruise lines have been independently reporting statistics for serious cruise ship crimes for years, a 2014 amendment to the Cruise Vessel Security and Safety Act (CVSSA) makes reports to the FBI of eight specific serious crimes mandatory for most passenger vessels embarking from or disembarking in U.S. ports.

We dug through the most recent reports (available from the U.S. Department of Transportation) to determine the prevalence of serious crimes at sea. We looked at a total of five quarters, covering all of 2017 and the first quarter of 2018. The good news is that the overall number of serious crimes reported was quite low when compared to passenger counts. In a year in which more than 13 million passengers boarded ships in U.S. ports, fewer than 100 serious crimes were reported to the FBI.

The most serious crimes of homicides, suspicious death and missing passengers, totaled only 11 incidents during the five quarters we looked at. Assault and sexual assault were hands-down the predominant reported crimes onboard, totaling 14 incidents for physical assaults and 72 cases of sexual assault during the 15-month period.

When it comes to theft, the FBI reports only address those involving more than $10,000, and none were reported in the months we looked at. A look at the Cruise Critic message boards turned up plenty of threads regarding thefts experienced by members below the reporting threshold, but each thread had far more members reporting a lack of problems with theft than the other way around. Stateroom safes, ship security cameras and electronic key card room access all work as theft deterrents onboard.

Is There a Jail Onboard?

While cruise lines don't advertise their onboard policies or facilities for housing criminals, rest assured that every ship has a plan in place. It may involve house arrest in the offender's cabin with posted guards or actual incarceration in a specific cell. Larger ships are likely to have a padded or otherwise safe lockup room called a "brig."

Smaller ships rely on other means of controlling anyone who is deemed a security threat to other passengers until that person can be removed from the ship -- something the ship is likely to want done sooner rather than later for the safety of all on board. The decision to jail or disembark a passenger usually rests with the captain.

Cruise line security personnel are essentially first responders in most cases, ensuring continued safety of all passengers until they can hand the matter over to law enforcement in a port.

But jurisdiction is a tricky issue when it comes to cruise crime, often requiring international negotiations between the U.S. government, authorities in foreign ports and officials from the registered or "flagged" country of the ship.

If the ship is in port when a crime occurs, local authorities have clear jurisdiction. Each country is also entitled to jurisdiction in waters within 12 nautical miles of their shores, according to the United Nations Convention on the Law of the Sea.

When a ship is beyond the 12-mile limit, jurisdiction usually falls to the laws of the ship's registered country -- so a crime on a ship registered in the Bahamas would fall under Bahamian law. When a crime occurs in open water, the captain will determine whether to make an unscheduled stop at a close-by port or proceed to the next scheduled port of call, where authorities are brought onboard to begin the investigation and possibly make arrests.

In all instances, when a U.S. citizen commits a crime on a cruise ship or is the victim of serious crime onboard, the FBI makes every attempt to investigate, although it might be secondary to investigations done by other law enforcement involved. When serious crime is suspected or confirmed, the FBI utilizes its network of offices around the globe to first secure the safety of passengers onboard the ship if necessary, and then to secure and preserve the crime scene for further investigation when possible.

On cruises departing from and returning to U.S. ports, the FBI sometimes might not begin its investigation until the ship returns, and then do so in conjunction with law enforcement officials in the port city.

What to Do If You Are a Victim at Sea

If you are a victim of a crime on a cruise ship, first and foremost contact the ship's security office or medical staff if you need medical assistance. If the crime occurs in port, while you are off the ship, contact local law enforcement officials, the cruise line and the nearest U.S. embassy. You can also contact the FBI office in Washington D.C.

The CVSSA provides certain rights to victims of crimes onboard cruise ships, including the right to confidentiality, the right to receive a sexual assault forensic exam onboard and the right to printed security materials to help walk you through the process of reporting the crime. As with crime anywhere, you might find that you must advocate for yourself or your family when it comes to those rights. It's wise to take your own photos when possible and to request copies of all documentation, including copies of any written statements made by you or other witnesses.

Thankfully, serious crimes are infrequent on ships at sea, but as the number of passengers increase with an expanding cruise industry, the number of crimes might also rise. Industry oversight by U.S. and international lawmakers, industry associations like the Cruise Lines International Association (CLIA) and victims' advocacy groups like International Cruise Victims have made progress in recent years in improving both investigative processes and victims' rights when crime at sea happens.