You may also like
Dismiss
Top 10 Cruise and Rail Trips
Cruise with Us to Alaska
How to Check In for a Cruise
Why There's Still Nothing Like a Day on the Water
Booked on a Cruise to Alaska? You Might Notice Some New Features in Port
Live from Norwegian Encore's Debut Cruise to Alaska
What's Happening With the 2022 Alaska Cruise Season?
What It’s Like Sailing on Carnival Cruise Line in Alaska? Live from Carnival Spirit
Is Carnival The Best Cheap Cruise to Alaska?
2022 Alaska Cruises Are Going Strong, But Supply Chain, Employment Issues Remain 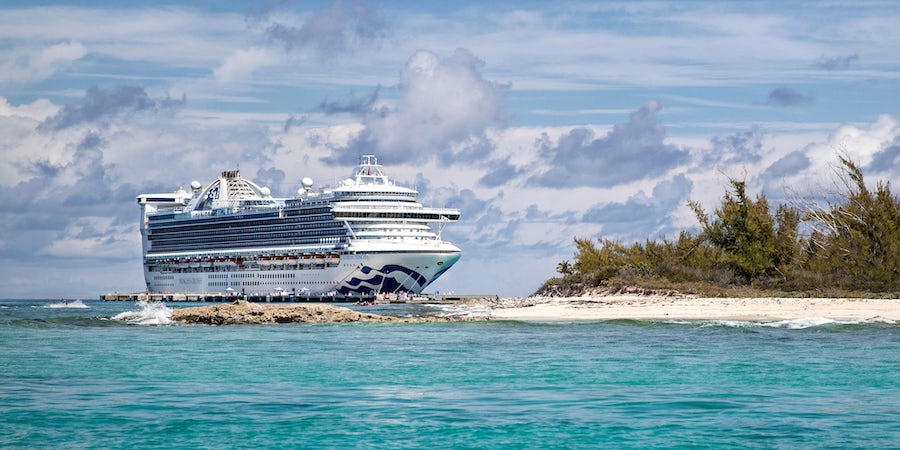 7 Places to Cruise Without a Passport

You've decided you want a vacation, but there's a problem -- you're a U.S. citizen and you don't have a passport. Maybe you've never had the time, money or desire to travel abroad previously, or perhaps your old passport has expired. Whatever the reason, you still have choices.

One option is to take a closed-loop cruise -- a round-trip sailing that leaves from and returns to the same U.S. port. For that, you need only a birth certificate and a driver's license (or other acceptable, government-issued photo ID).

You can't cruise just anywhere on a closed-loop sailing, but the choices are more interesting than you might expect. Below, we've compiled a list of seven places to visit without a passport, from scenic Alaska to the beachy Caribbean.

If you love the great outdoors and want to surround yourself with nature, an Alaska cruise is perfect. Sail past glaciers; spot whales, moose and bald eagles; capture breathtaking photos on a mountaintop train ride; and cuddle with sled dog puppies. Or just enjoy a meal of fresh salmon or crab while you're ashore -- no passport needed.

Home to beaches, water sports, casinos and the famed Atlantis resort, the Bahamas is great for travelers wishing to cruise -- sans passports -- on what are most often short, affordable sailings out of Florida.

For anyone who'd prefer a passport-not-required destination that can be explored during a short amount of time in port, Bermuda is a natural fit. It's a fairly small island, and since several itineraries offer overnights (some that span more than one night), you'll have time to learn your way around, have dinner in town and check out the nightlife.

Known for everything from shopping and sunbathing to history and adventure activities like ziplining, waterfall swimming and quad bike riding, the Caribbean is a solid bet if you'd like a wider variety of closed-loop itinerary choices and departure port options. The Caribbean can be broken down into the following sub-regions:

One thing to note: Some ports, including Martinique and Guadeloupe, will not allow cruisers to get off the ship and enter the country without a passport. While you might not need your passport for the other ports or the cruise in general, you could find yourself needing one -- even on closed-loop voyages -- in order to visit these ports.

Cruises to Canada and New England are every autumn-lover's dream. Known for their leaf-peeping opportunities, maritime history and ultra-friendly locals, these voyages don't necessitate passports. From Nova Scotia's famed Peggy's Cove to lobster in Bar Harbor, there's plenty to enjoy about these sailings.

Baltimore, Bayonne (Cape Liberty), Boston and New York (Manhattan) are the embarkation ports that serve these itineraries. Keep in mind, however: one-way cruises between New York and places like Montreal and Quebec City will require passengers to have passports, as these sailings conclude in Canada.

Part of America but still exotic enough for an ideal getaway, Hawaii offers black-sand beaches, volcanic vistas, surfing opportunities, amazing food and, of course, hula dancing. A closed-loop cruise to this part of the map often means flying to Honolulu, which you can do passport-free, but airfare can be pricey. Closed-loops from the West Coast are also available, but they involve a large number of sea days, and they must include at least one foreign port before returning to the West Coast, due to maritime laws for foreign-flagged ships.

Norwegian Cruise Line's Pride of America and UnCruise's Safari Explorer, both U.S.-flagged vessels, are the only cruise ships based in Hawaii. Pride of America sails round-trip from Honolulu, while Safari Explorer offers cruises between Molokai and the Big Island. Other lines and ships offer there-and-back Hawaii itineraries from ports like San Diego, Los Angeles and San Francisco.

Mexican Riviera voyages are a great choice for passport-less would-be cruisers who live on (or cruise from) the West Coast. Not only does Mexico offer some spectacular food and culture, but sailings to the region tend to be more affordable than those to Hawaii, a region that's also frequently accessed via West Coast homeports.