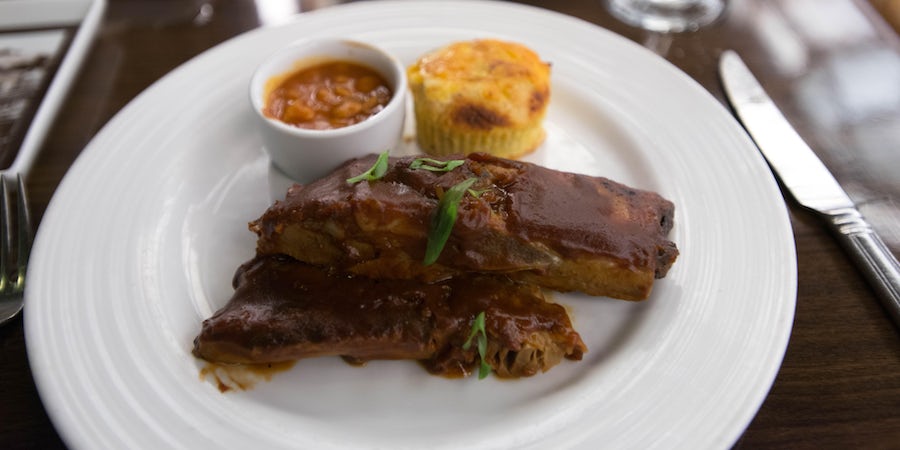 Barbecued St. Louis spare ribs at American Feast on Carnival Pride (Photo: Cruise Critic)
Ashley Kosciolek
Contributor
Rolled out to the Carnival fleet between 2013 and 2019, Carnival's American Table concept is similar to Carnival's previous traditional main restaurant dining, but features a spruced up menu, and casual nights have been marked by a slightly more understated atmosphere (a lack of tablecloths, for example). The menu, which focuses on "modern American cuisine, featuring local and contemporary dishes," is offered in the main dining room on every night (except formal nights) of every sailing on ships that feature it. On formal nights, passengers order from the fancier American Feast menu. 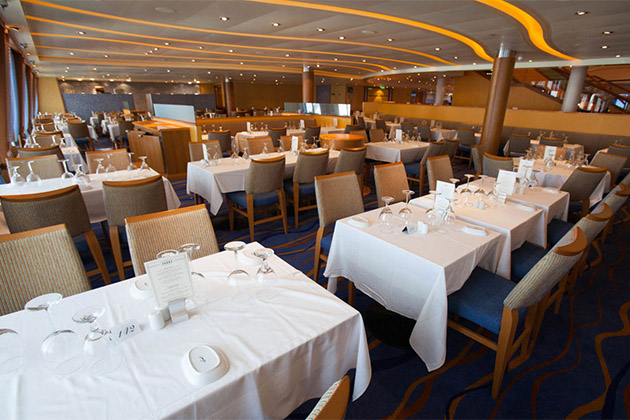 The menu for American Feast varies slightly by the length of the sailing. Cruises of six nights or more offer broiled Maine lobster tail as an entree option; passengers on voyages of five nights or fewer won't see lobster on their list. Other items on the menu for longer sailings include fried oysters, mushroom cream soup and baby spinach salad as appetizers; spaghetti carbonara, seared striped bass, slow-cooked prime rib and a vegetarian option as mains; and pork, steak, salmon and chicken as grill selections.

Desserts are the same for all sailings, regardless of length. Options include vanilla creme brulee, melted chocolate hazelnut cake, chocolate melting cake, coffee cream cake, fruit and cheese plates, and a selection of ice cream.

Which ships have American Table and American Feast?

American Table and American Feast can be found on all ships in the Carnival Cruise Line fleet.