You may also like
Dismiss
Best Cruise Destinations for Nature-Lovers
Alaska Cruisetours: 6 Things You Need to Know
10 Reasons Why Star Princess Is the Cruise Ship for You
Holland America's Koningsdam vs. Nieuw Amsterdam
Cruise Classes: 21 Things You Can Learn on Your Next Cruise
Holland America Cruise Line History
5 Things You'll Love About Holland America's Nieuw Statendam Cruise Ship
8 Exhilarating Shore Excursions
6 Tips For Cruising to Alaska on a Budget
2022 Alaska Cruises Are Going Strong, But Supply Chain, Employment Issues Remain 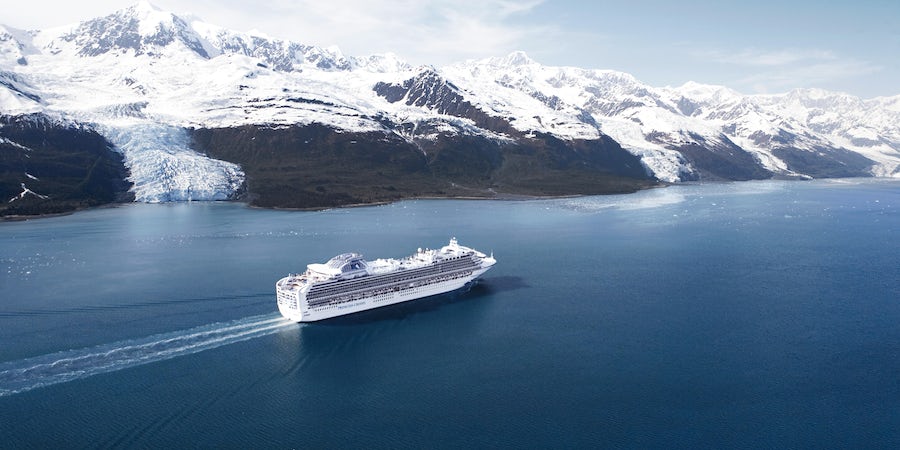 7 Reasons to Cruise Princess in Alaska

Midnight sun, otherworldly views and some of the best seafood you'll ever eat… the list of reasons people seek out an Alaska cruise in the summer could go on. Princess Cruises has long received kudos for its standout voyages to the Last Frontier, made even better with the introduction of its "North to Alaska" itinerary-focused activities.

Developed in partnership with the Discovery Channel, North to Alaska focuses on local immersion through taste, sound and storytelling. It's this unique collection of programming that will have you considering Princess Cruises in Alaska above other cruise lines. Here are seven reasons you might want to take an Alaska Princess cruise.

Regional restaurants like the Bonanza Bar & Grill and Tracy's King Crab Shack in Juneau have teamed up with Princess to offer some of their signature dishes onboard in the Lido Deck. The ships' chefs also have been trained by Alaska seafood experts and will be cooking up myriad seafood menu items (including your own catch!). Princess offers the opportunity to reel in a fish during the day while on an excursion and have it prepared for you for dinner that night. Take that, farm to table!

In Crown Grill, you can find a North to Alaska tasting menu with dishes from Alaska red king crab legs and venison loin to lingonberry sorbet and, of course, salmon (with spruce tips). During a day of Glacier Bay viewing, the complimentary Trident Grill might cook up a seafood clam chowder recipe from Bonanza Bar & Grill -- and it might be one of the best things you'll have during your cruise. Local beer onboard includes Denali Red, a special craft beer brewed in partnership with the Denali Brewing Company.

2. You have a strong arm and crave competition.

The Great Alaska Lumberjack Show has long been a draw for cruisers calling at Ketchikan. In Princess' program, you'll have an opportunity to try your own arm in an ax-throwing competition, led by some real-life lumberjacks. Taken from the popular land-based lumberjack show, a similar demonstration called Logger Heads is held on most cruises in the theater.

Sure, there's a presentation on the history and culture of logging, but what onlookers are really there to see is a bunch of sharp tools (read: weapons) being thrown about onstage. Volunteers are selected from a sign-up sheet to participate in this Paul Bunyan-like display. Cruise Critic staff might have noticed the lumberjacks hanging among the crowd (they were wearing a uniform of plaid red shirts and suspenders, as you'd suspect), and taking advantage of the bar until the early hours. Talk about local immersion.

"Deadliest Catch" Captain David Lethin and his crew can be seen onboard sharing their real-life tales of crab fishing in the Bering Sea. Even if you aren't familiar with the show, almost anyone can appreciate a sailor's story. North to Alaska also brings special lecturers onboard each cruise to give passengers even more information about topics affecting the 49th state.

While featured guests differ on each sailing, they might include Libby Riddles, the Iditarod's first female champion; mountain climbers who have conquered Denali; or New York Times bestselling author Nick Jans. In an activity dubbed Tales from the Wild, Jans -- who's lived in and explored the Alaskan frontier for nearly four decades -- discusses the emotional story behind the inspiration for his book, "A Wolf Called Romeo." Make sure you have tissues on hand.

Related: 11 Tips From a Princess Cruisetour in Alaska

4. Dancing under the midnight sun is on your bucket list.

What better excuse is there for you to stay up past your bedtime than a midnight sun deck party? As part of the Klondike Festival (Alaskan entertainment inspired by the Gold Rush), you can enjoy live music, dancing, hot beverages and themed activities as you soak in the lingering twilight at the back of the ship. A lecture called "Strange Things Done Under the Midnight Sun" will keep the curious captive. Klondike activities on other days might include pennywhistle (a small flute popular in Alaskan folk music) classes, along with Alaska-themed Movies Under the Stars and traditional dance performances.

5. You want your kids to learn something about the destination.

If you don't want your kids' Alaska vacation to revolve exclusively around video games and movie watching, send them to Princess' Alaska Explorers youth program, which offers fun, educational and adventurous programming. In a partnership with Glacier Bay rangers, Princess enables kids to spend the day becoming junior park rangers and learning about Alaska's many national parks and wildlife. This is in addition to activities held throughout the cruise encouraging families to participate in a Deadliest Catch-themed crab-sorting game, "panning for gold" and Discovery Channel trivia.

You don't have to book a sledding excursion to get some one-on-one time with Alaska's cutest residents. Puppies in the Piazza is Princess' partnership with a dogsledding camp in Skagway. Baby sled-dogs-to-be come aboard to cuddle and pose for photos with passengers, while their handlers are available to discuss Alaska's official state sport. It's the only time -- outside of service animals -- you will see four-footed friends on a cruise ship!

7. You like to know more about what you're seeing.

Not only do all Princess cruise ships in Alaska carry an onboard naturalist, but park rangers also board in Glacier Bay to provide context for what passengers are seeing. The tips, broadcast over the loudspeaker, come in interesting spurts, thus avoiding hours of droning commentary. A live presentation is also made in the theater before the ship reaches Glacier Bay.

Between expert explanation, location-specific inserts in the daily cruise newsletters and information given on shore tours, it will become way more common to muse aloud, "Look at that!" rather than "What is that?!" The onboard naturalist also hosts frequent onboard lectures and discussions about topics such as Communication between Cetaceans and Living from the Land & Sea.

North to Alaska is available on every Princess cruise ship in Alaska.