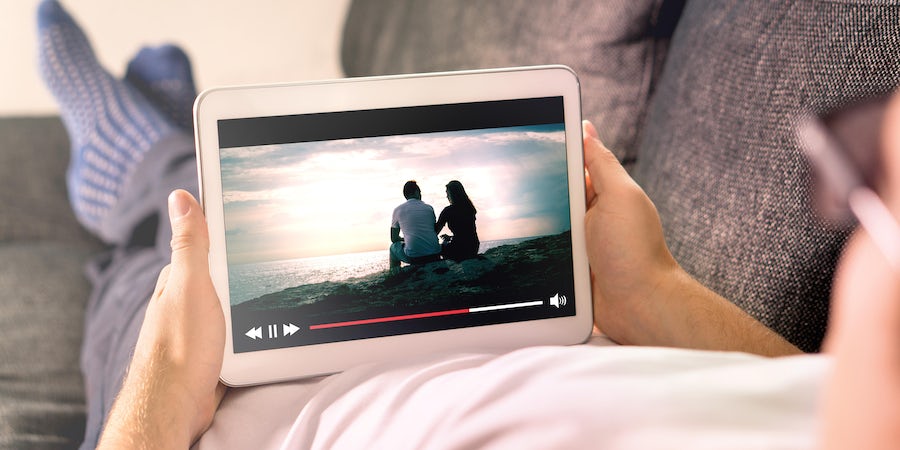 20 Cruise Movies That Will Make You Want to Sail (Photo: Tero Vesalainen/Shutterstock)

20 Cruise Movies That Will Make You Want to Sail

Cruise ships often make brief appearances on the big screen. For instance, you'll find Norwegian Spirit lurking about two-thirds of the way into "21 Jump Street" with Channing Tatum and a Fantasy-class Carnival Cruise Line ship about halfway through "The Birdcage." Cruise ship spotters get almost as much of a thrill watching their favorite vessels sail across the big screen as they do from standing on the ship's pool deck.

Cruise cameos aside, there are quite a few movies -- spanning nearly 100 years -- that put cruise ships front and center. Cunard Line's Queen Mary, which sailed from 1936 to 1967, played several rolls on screen, from aphrodisiac to victim of assault and robbery. And everyone from Marilyn Monroe and Fred Astaire to Kristen Bell and Alvin and the Chipmunks has starred in a feature film set aboard a cruise ship or ocean liner, making the selection of flicks for a cruise movie night a tough one.

We've compiled a list of 20 cruise movies (arranged by date) that will give you a taste of life onboard and help drum up some of that cruise ship excitement we all crave.

One of the Marx Brothers' first feature films, "

" takes place on an ocean liner making a transatlantic crossing. As stowaways, the main characters unwillingly find themselves trying to steer clear of the ship's crew while at the mercy of gangsters.

Set on a ship sailing from Paris to New York, Astaire and Ginger Rogers'

has plenty of tap dancing and hijinks. Pete "Petrov" Peters (Astaire) is an American ballet dancer who meets a musical-comedy performer onboard (Rogers) and instantly falls in love. A publicity stunt leads to whispers that the two are already married; confusion and misunderstanding ensue. It's the last Fred-and-Ginger film scored by George and Ira Gershwin. We particularly love Astaire's solo dance in the ship's Art Deco boiler room.

, she sails to Rio on an anniversary cruise -- but it's not her anniversary. Suspicious of infidelity, couple Michael and Elvira sabotage their own wedding anniversary. Michael pretends he needs to handle unexpected business and insists Elvira go on the cruise alone. Little does Elvira know that Michael has hired a spy to watch her. But little does Michael know, Elvira has hired a woman she met at the travel agency (Day) to go in her place.

Astaire returns to a cruise ship in another musical comedy. This time, he is part of a brother-and-sister act booked to perform in London. As they make the transatlantic crossing from New York, his sister (Jane Powell) falls for a lord, and her focus on rehearsals is lost as love interests intervene. There are plenty of memorable dance scenes in

: Astaire's dance with a hat rack and gym equipment; dancing on the walls and ceiling of a hotel room; and even a number that takes place as the ship rolls during rough weather.

(of "Diamonds are a Girl's Best Friend" fame) takes place on a cruise ship. Monroe plays a singer and showgirl who travels to Paris by ship with her friend and fellow singer (Russell). Engaged to a wealthy man, Monroe is secretly investigated by her father-in-law-to-be, who suspects her of marrying for money.

Cary Grant and Deborah Kerr star in this highly acclaimed

about a man and woman who meet and fall in love on a cruise from Europe to New York. Both engaged, they make a promise to meet up six months later at the top of the Empire State Building. But will fate bring them together or keep them apart? Little-known fact: Like his character, Grant met and fell in love with his third wife on a ship, the Queen Mary.

(and comic book) issued by Walt Disney in the early '60s about a family's European vacation and ocean crossing aboard SS United States. The film is based on a 1956 novel of the same name, written by a couple who took a similar transatlantic journey. Disney himself accompanied the cast while filming aboard the cruise ship. SS United States is still around (though out of service), moored at Philadelphia's Pier 82.

follows the story of various passengers, crewmembers and displaced workers as they make their way from Veracruz, Mexico, to Bremerhaven in rising Nazi Germany. Viewers quickly become invested in the characters' backgrounds and personal struggles, as well as the relationships that transpire.

, is hired as a diver in a treasure hunt. When he spots an old U-boat, the plot quickly turns to plans to rob the Queen Mary in a madcap cruise ship heist. Music was composed by Duke Ellington and Nathan Van Cleave.

Estranged father J.P., played by Jon Voight, decides to take his children on a Mediterranean cruise in an attempt to reconnect with them after a messy divorce. "

" refers to the table reserved in the dining room each night. Despite keeping an extra chair at the table for a potential female companion, J.P. learns that connecting with his children is the most important accomplishment of the trip. Cunard's Vistafjord was chosen for filming. At the time, it was considered the largest cruise ship in the Western Hemisphere. (It later sailed with Saga Cruises as Saga Ruby until being retired in 2014.) Bonus: Kevin Costner makes a brief appearance, credited only as "newlywed husband."

would get you excited for a cruise, but it's campy cruise ship fun if horror is a genre you enjoy. In the eighth installment of the series, Jason Voorhees stalks a class of graduating high school seniors as they set sail onboard SS Lazarus from Crystal Lake to New York City. The ship eventually sinks, and of course many of its passengers die in gory ways at the hands of the title villain. Despite its title, most of the action happens onboard the ship, not in Manhattan.

Annie (Bullock) is back after saving a bus full of people from a bomb in the first "Speed" film and just wants to relax on a Caribbean cruise with her rescue-cop boyfriend. Unfortunately, a disgruntled cruise ship worker (Willem Dafoe) sets the ship on course to collide with an oil tanker. The

about two retired friends (Jack Lemmon and Walter Matthau) posing as dance instructors on a cruise ship is beloved by mainstream and cruising audiences alike. Ship scenes were filmed onboard the Holland America Line ship then known as Westerdam during an actual sailing. (The ship now sails as Thomson Dream.) Funny aside: The current Westerdam made a big-screen cameo, docked in Sitka during the 2009 Bullock/Ryan Reynolds flick "The Proposal."

of the classic 1961 movie about reunited identical twins, the twins (both played by Lindsay Lohan) are working to reunify their parents at a wedding onboard Cunard's Queen Elizabeth 2. While there's a brief shot of the exterior, most of the ship scenes were actually filmed onboard the Queen Mary, docked in Long Beach, Calif.

, also called "Legend of the Pianist on the Ocean," is a favorite among our members. It follows the life of a baby abandoned on a ship, SS Virginian, and found on New Year's Eve of 1900 (thus giving him his name). Despite never leaving the ship, 1900 garners a growing reputation for being a musical savant. Tim Roth plays the lead character, and the film won a Golden Globe for its score, orchestrated by famed Italian composer Ennio Morricone.

As payback for an insensitive remark, a travel agent sends Cuba Gooding Jr. and Horatio Sanz on a gay cruise. Overcoming their surprise as well as their homophobia, the two end up finding love (of the female variety). Some of the

's scenes were filmed on an actual ship out of Athens, but most were shot on sets built on a soundstage in Cologne, Germany. Vivica A. Fox also stars.

Adam Sandler plays both title characters in this

, with Katie Holmes as Jack's wife. To celebrate New Year's, Jack and his family -- along with his twin sister, Jill -- go on a cruise; this is when the real star of the movie, Royal Caribbean International's Allure of the Seas, makes its film debut. Although widely considered one of the worst films created to date, "Jack and Jill" is a great vehicle to showcase the ship's best features, including the FlowRider, the rock-climbing wall and the Boardwalk carousel.

in the live-action Chipmunks series with Jason Lee, the Chipmunks, the Chipettes and Dave go on a cruise vacation aboard Carnival Dream. Exterior shots as well as cabin shots were filmed during an actual weeklong Caribbean cruise. A great movie to watch with little ones if you're getting ready to board a cruise ship.

Who says you can't geek out just as much over a cartoon cruise ship? In this

(and third installment of the Hotel Transylvania franchise), Dracula and his family leave the hotel behind for a summer vacation on the fictional cruise ship, Legacy. The movie encapsulates all the joys of cruising -- from pool games and the "all you can eat buffet" -- and even embraces the faux pas, like sporting a speedo on the sun deck. This is another family-friendly flick that's sure to get the kids jazzed about cruising.

Netflix-binging cruise fans have a movie all to themselves. In "Like Father," a workaholic woman (played by Kristen Bell) gets left at the altar and ends up going on her planned honeymoon cruise, aboard Royal Caribbean's Harmony of the Seas, with her estranged father (Kelsey Grammer). She soon meets a single guy (Seth Rogen) with whom she develops a relationship onboard, all while trying to fight her own personal battles. While the Netflix original movie is more of a bittersweet "chick flick" than a comedy (as it's categorized), it's still worth a watch -- even if only to swoon over one of the most popular ships afloat.

Cruise Critic is a participant in the Amazon Services LLC Associates Program, an affiliate advertising program designed to provide a means for sites to earn advertising fees by promoting and linking to Amazon.com.