You may also like
Dismiss
Calling All Cosplayers: 6 Cruises for Nerds and Geeks
Olympics on Cruises: Can I Watch the Games Onboard?
Can I Play Bridge on a Cruise?
Playmakers Sports Bar on Royal Caribbean Cruises
Cunard Kids Clubs on Cunard Cruises
8 Things to Love About Explorer Dream
7 Reasons Families Will Love Caribbean Princess
Princess Cruises' Discovery at Sea Program
The Best (Free) Things to Do on Carnival Panorama
5 Free Things to Do on Explorer Dream 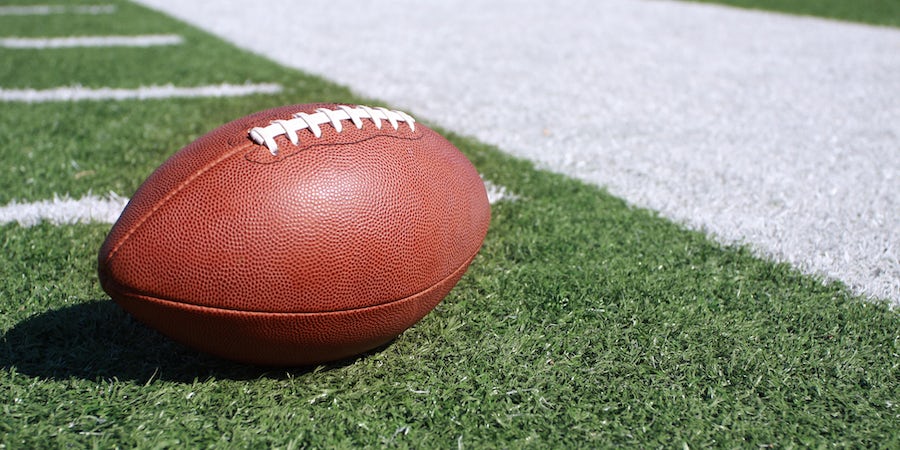 Best spots to catch the big game on your cruise. (Photo: Marquisphoto/Shuterstock)

Can You Watch the Super Bowl on Your Cruise?

Best spots to catch the big game on your cruise. (Photo: Marquisphoto/Shuterstock)
Chris Gray Faust
Executive Editor, U.S.
Melinda Crow
Contributor
For football fans, it all leads up to February, when the champs of the NFL meet in the gridiron spectacle of the Super Bowl.

Worried about missing the big game while you're out at sea? Don't. Cruise lines know that, for many people, the Super Bowl is a can't-miss event -- and prepare accordingly. Many even provide food near the screens so passengers don't have to go to the dining room to eat; the onboard atmosphere is such that some people specifically book a Super Bowl cruise.

One note for those who watch the game more for the clever ads than the sport itself: Ships that are using satellite feeds for the broadcast will not show the commercials. The halftime show will still be broadcast, however.

If you’re looking to book a cruise featuring the Super Bowl, beginning in 2022, the game is played on the second Sunday in February in order to accommodate the expanded 18-game regular playing season. That lands it on February 13 in 2022, February 12 in 2023, and presumably February 11 in 2024, though the official 2024 date has not yet been announced.

Here is a rundown of what you'll find on a Super Bowl cruise:

The game will be shown at times and in locations to be announced on each ship. Special drinks or food might be served on all ships. Passengers will also be able to watch the game in their cabins.

The line will have a fun watch party onboard Grand Classica (soon to be renamed Margaritaville Paradise) for the big game on February 13th. Travelers looking to partake in the fun can purchase the Big Game Sailing package for $49 and enjoy the game at the Crow’s Nest Sports Bar. The package includes three free drink coupons, $25 match play at Par-A-Dice Casino and $25 spa credit. During the game, an elevated buffet will be offered at the sports bar with various options, such as a nacho bar, wings, jalapeno poppers and more! The package can be purchased online or onboard.

The cruise line, which officially rebrands as Margaritaville at Sea in April, is also offering a specialty margarita during the game for additional purchase.

Guests will be able to find the game easily onboard as it will be offered in multiple venues aboard our ships, including the Seaside Theaters. A Sailgate Party with a VIP Seating Challenge will get the excitement going. Guests can get into some games of their own: Super Bowl Trivia and Super Bowl Bingo will be played onboard. Ships will also host themed youth activities and photo opportunities. Guests also will find food and beverages available for them to enjoy throughout the game as well.

The game (as well as the halftime show) is usually broadcast in the theater on the large screen. Special tailgate-style food is served, as well as drinks, and you might see decorations in the teams' colors. The game will also be shown on outdoor movie screens and in passenger cabins.

The line will show the game on all of its ship on its main screen, Funnel Vision, which can be viewed from the upper decks. It will also play at other "tailgate" locations onboard. The line will have game day menu items, as well as sports trivia and giveaways. Parties for children will be held in Vibe, Edge and Lab.

HAL offers a public broadcast of the game as well as in stateroom viewing.

Related: Olympics on Cruises: Can I Watch the Games Onboard?

On MSC Cruises' U.S.-based ships, passengers can watch the Super Bowl poolside on the big screen (weather permitting) and in all sports bars and pubs. If outside viewing is not ideal due to weather, the Big Game will be broadcast instead in one of the ship's lounges.

Typical tailgate food and drinks -- including burgers, hot dogs, nachos, chili and sandwiches -- will be served during the game, and passengers can purchase beer bucket specials.

The Super Bowl will be broadcast on the ships' large venues such as the atrium, Spice H20 and the pool deck, as well as in the pubs, such as The Local and O'Sheehan's where available.

Oceania ships will carry the game live on all ships except Marina and Nautica. On those ships it will be rebroadcast. On ships with a live feed, there will be a Super Bowl party with pom pom decorations, football flags, crew dressed in cheerleader uniforms and plenty of traditional tailgate food and drink including wings, burgers, hotdogs, ribs, nachos, chips and dips.

The Super Bowl is telecasted across select Princess Cruises ships and can be seen in many venues onboard, including the Movies Under the Stars screen (weather permitting). Also, with the recent introduction of Ocean® Sportsbook, a real-time sports wagering option onboard our ships, guests can bet on major sports competitions like the Super Bowl.

Related: Movies Under the Stars on Princess Cruises

Ships will show the game live and also offer a secondary showing at a more convenient time (to account for time differences). Each ship will host a main viewing in the Constellation Theater, as well as run the game on an in-suite TV channel. Restaurants will feature football-themed ice sculptures and decorations, and serve football-inspired food and beverages including burger sliders, Buffalo chicken bites, pizza wedges, loaded potato skins, large pretzels and more.

The Super Bowl will be broadcast at the outdoor movie screens, various public areas and in cabins on all ships where it is available. There will also be food and drink specials.

Seabourn ships will hold a big Super Bowl viewing party in the Grand Salon with food and drinks.

The Super Bowl will be available for viewing onboard.

The Super Bowl will be broadcast on all TVs onboard, including those in-cabin.