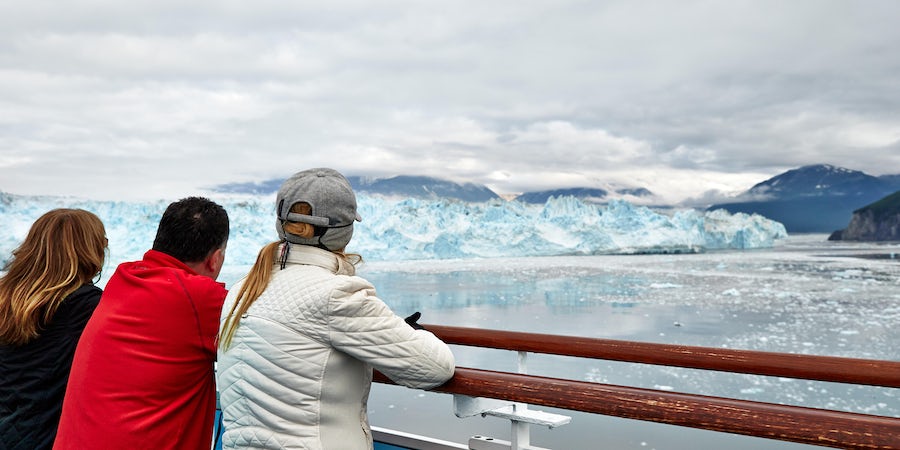 Holland America vs. Princess in Alaska

Holland America Line and Princess Cruises have been sailing Alaska longer than any other cruise lines and are the undisputed leaders in this market. Both claim deep roots in the region, have contacts with local companies other cruise lines don't have and operate their own accommodations throughout the state to best serve their cruise tour passengers. They also have the most ships in the region of any of the major cruise lines.

Holland America Line first began sailing Alaska in the 1960s and launched its land operations there in 1970 when it partially acquired local tour company Westours, which had been operating in the state since the 1940s.

Princess Cruises' first Alaska season was in 1969, and the line began running its land-based tours in 1972.

All Alaska cruises offer beautiful scenery, including stunning and ever more frequently calving glaciers, as well as a chance to see wildlife and learn about native cultures. Additionally, Holland America and Princess both make an effort to put the state's history into context and bring Alaska to life for passengers through a variety of onboard activities.

On all of Holland America's Alaska cruises, passengers benefit from the presence of an onboard naturalist, who gives themed talks throughout the sailing, and a visit from a park ranger during Glacier Bay sailings. At the onboard Culinary Arts Center, cruisers can explore the flavors of Alaska in a cooking class, and every sailing also features a native artist in residence. Alaskan cuisine served onboard includes salmon and crab, as well as Alaskan beers and wines.

Princess raises the bar on Alaska immersion, however, through its multipronged North to Alaska program. Like on Holland America sailings, all Princess Alaska ships feature a naturalist who gives lectures throughout the cruise and a guest park ranger during Glacier Bay sailings. But, all cruises also have Alaska notables like an Iditarod runner or, on special occasions, a cast member from Discovery Channel's "Deadliest Catch" TV show. (Princess Cruises has a partnership with the Discovery Channel called Discovery at Sea.) Alaskan cuisine includes king crab, salmon and halibut burgers. The onboard steakhouse adds a North to Alaska tasting menu to its offerings with a variety of Alaskan specialties.

For kids, Princess offers Alaska-themed activities like learning to become a junior park ranger while getting to know the 49th state's national parks and wildlife. Other activities might include panning for gold and playing games based on Alaska-centric TV shows like the "Deadliest Catch."

Alaska is so vast, cruisers have several options when it comes to cruise ports, as well as inland choices on the land portion of a cruise tour.

When looking at Holland America versus Princess' Alaska cruises, you will find both companies offer a handful of round trip seven-night itineraries, sailing from Seattle or Vancouver. One-way trips can leave from either Vancouver or Seattle, with the difference coming at the debarkation (or embarkation, if you're going the other way) port in Alaska.

Holland America sails from Seward, while Princess uses Whittier. Both ports are within a few hours' driving distance to Anchorage, which is the closest airport; transfers are available or you can take train rides that are offered by both lines into the ports.

There are more things to do in Seward, which is the gateway to the Kenai Peninsula and Kenai Fjords National Park; you can easily spend a day or two there. Whittier is primarily used to get on and off the ship, and the train on Princess cruise tours stops right there. Whittier is primarily used as the starting point for Princess' Direct to the Wilderness Rail service.

All Alaska cruises visit Juneau and Ketchikan, and many go to Skagway. If you want to see Glacier Bay, check carefully, as not all sailings go there (some substitute Hubbard Glacier, College Fjord or Endicott Arm/Dawes Glacier; while all are gorgeous, only Glacier Bay is a national park).

Ports that pop up on various sailings include Sitka and Icy Strait Point. If you leave from Seattle, you will stop in Victoria, British Columbia, Canada, to fulfill U.S. government requirements. Longer voyages might include a stop in Haines or Valdez.

If you're looking for a variety of port calls on a longer sailing, both lines have good options. Holland America's 14-night round trip Vancouver itinerary visits Ketchikan, Misty Fjords (scenic sailing), Juneau, Haines/Skagway, Icy Strait Point, Valdez, Homer and Anchorage, and offers glacier viewing in Tracy Arm and at the Hubbard Glacier. Princess also has a 10-night sailing departing from Vancouver hits many of Alaska's highlights, with stops in Ketchikan, Juneau, Skagway, Icy Strait Point and Sitka, plus scenic sailing in Glacier Bay and Hubbard Glacier.

Of the two lines, Princess Cruises is the only one to offer sailings from San Francisco and Los Angeles. The 10-night San Francisco sailings cruise through the Inside Passage and stop in Juneau, Skagway, Ketchikan and Victoria, with some sailings including Endicott Arm glacier viewing, while others feature Glacier Bay. The 14-night Los Angeles itinerary visits Ketchikan, Icy Strait Point, Juneau, Skagway, Sitka and Victoria, with scenic cruising in Hubbard Glacier.

Princess is also the only one of the two cruise lines to offer an open-jaw itinerary that starts in Vancouver but ends in Seattle. This itinerary includes stops in Ketchikan, Juneau, Skagway and Victoria, as well as scenic cruising in Endicott Arm.

What about pricing on Holland America versus Princess cruises in Alaska?

Pricing for round trip seven-night cruises, either from Seattle or Vancouver, are generally consistent. Inside cabins typically start from around $1,000 per person, while balconies (called Verandahs on Holland America) run between $1,650 to $2,000 per person. Prices on suites can range wildly, depending on the class of ship that you're on; a rule of thumb is the older the ship, the cheaper the prices. Suites on both lines range from $2,900 to $3,500 per person.

On seven-night, one-way north- or southbound sailings, prices can vary, with some real bargains in May and September, which is the beginning and end of the shoulder season. On both lines, you can get an interior cabin for $650 on these early dates, and a balcony for $1,350 (HAL) or $1,500 (Princess). These prices rise in July to about $1,200 per person for an inside cabin and $2,200 for a balcony.

At all times, suites on Princess are generally higher than what you find on Holland America; in some cases, drastically ($4,476 per person for a suite in July versus $3,049 per person on HAL) and in some cases, less so (a $400 difference for sailings in May).

Both Holland America Line and Princess Cruises offer similar pre- or post-cruise land/sea tours, called cruise tours, visiting Denali National Park, with stays of up to three days for Holland America Line passengers and up to two days for Princess. Both also include scenic railway travel and time in either Anchorage or Fairbanks. (A limited number of tours visit both major cities.) Holland America's cruise tours can run anywhere from 10 to 18 nights, while Princess' tours are 10 to 17 nights long.

A note about the trains: While Holland America and Princess brand their rail programs differently, trains that depart from Anchorage on northbound tours are, in fact, distinct cars on the same train. Though the staff and commentators on the cars will be different, and the cars might look different, they are all connected to each other, pass the same scenery and end at the same destination. Princess also offers a "Direct to the Wilderness" rail service for passengers bypassing Anchorage and going straight to Denali (or vice versa, going directly from Denali to their cruise ship).

Where the lines' cruise tours differ are the off-the-beaten-path destinations visited on select itineraries. Holland America runs tours that include visits to Dawson City and Whitehorse, both in the Yukon. Princess takes passengers to the Kenai Princess Wilderness Lodge, a remote outpost at the tip of the Kenai Peninsula near the Gulf of Alaska, and Copper River Princess Wilderness Lodge, located along the edge of the Wrangell-St. Elias National Park and Preserve in Southeastern Alaska.

The lines also differ in the locations and types of accommodations used on land tours. Holland America sticks primarily to cities, and overnight stays are in Westmark-branded hotels in Anchorage, Dawson City, Fairbanks and Skagway. Near Denali National Park, Holland America passengers stay at the McKinley Chalet Resort, which is less than 3 miles from the entrance to the park. Both Westmark and McKinley Chalet are owned by Holland America Line.

Prices for Holland America land/sea packages run from $1,049 per person for an inside cabin on a nine-night tour (with a single night in Denali) to $6,600 for a suite booking on an 18-night Yukon tour with three nights in Denali. Midtier (balcony) pricing ranges from $1,800 per person for the nine-night trip to $8,000 for the 18-night option.

Princess' On Your Own tours, which include a minimal amount of hand-holding, are the least expensive cruise tour options with an inside cabin on a 10-night trip starting at around $1,000 per person; a balcony starts at about $1,900 and suite prices start at $3,050. Eleven-night tours are slightly more expensive.

The current audience for Holland America ships is a slightly older demographic, though families are more common on Alaska sailings than the line's other itineraries. People looking for more programming and entertainment should choose one of the line's newer ships, which have Music Walk clubs. Holland America does have a robust children's program for families, so the line is generally best suited for multigenerational groups, as well as seniors traveling alone, with partners or with a group of friends.

With a younger demographic and an active onboard atmosphere, Princess Cruises is better suited for couples under the age of 65, as well as active families. Those with young kids will find a better onboard experience for their little ones with the North to Alaska kids programming.