You may also like
Dismiss
10 Fun Cruise Ship Games and Contests That Bring Out Your Inner Kid
Yes, There Are Fun Things to Do on Cruises for 18-Year-Olds, 19-Year-Olds and 20-Year-Olds
Husband Won't Cruise? His Top 9 Excuses and the Arguments You Can Use to Get Him Onboard
Baseball Cruises: How to Enjoy MLB at Sea
5 Free Activities on Carnival Horizon
10 Things Single Parents Should Know When Cruising With Their Kids
50 Years of First Royal Caribbean Cruises
5 Free Things to Do on Ruby Princess
The 10 Most Popular Episodes of “Cruising with Jane McDonald”
Why Germ-Zapping Robots and AI Technology Could Be the Future For Cruise Ships 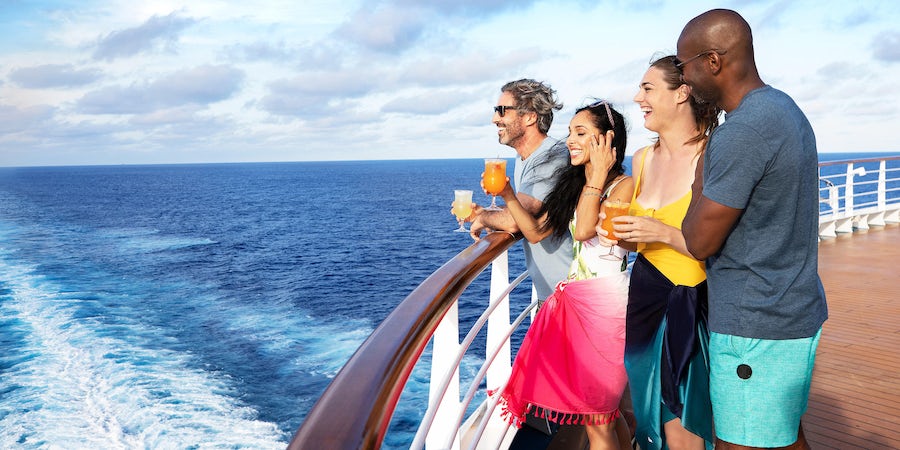 Best Cruise Ads of All Time

Over the years, there have been too many cruise ship ads to count -- in newspapers, on billboards and even inside subways. None, though, are more memorable than the ones you've seen on TV. Below, we've compiled our favorite cruise ads, including oldies, more recent spots and even one from the Super Bowl.

Return to the Sea (Carnival Corp.)

Aired during Super Bowl XLIX, this cruise line ad, sponsored by Carnival Corporation, left viewers with mixed emotions. John F. Kennedy's evolutionary theory was a sticking point for the creationists in the crowd, while others found it refreshing and powerful.

Part of Royal Caribbean's former "Lust for Life" campaign, this one tickles our fancy with its satirical opening and subsequent montage of adventurous pursuits, both onboard and ashore.

In the Summertime (MSC Cruises)

Who doesn't love a catchy tune and lots of sunshine? The stunning videography and cutesy methods of spelling out "MSC" are enough to win our vote.

The reactions of these cruisers to their vacation, sans bugs and bears, are almost as priceless as their reactions while camping. "Never again."

This vintage gem, for which we can find no definitive air date, had us laughing out loud as we watched it on repeat. We're sure anyone who's ever flown can relate. We just hope the gentleman in the middle seat lives near the port of disembarkation, or he'll find himself the victim of snot and screaming children all over again.

The couple in this cruise commercial are the king and queen ... of optimism. Their take on everyday life as "temporary exile" is as uplifting as it is amusing. Talk about a silver lining.

What better way to bring the beach to unsuspecting 9-to-5ers than to blow up a couple of gargantuan beach balls and unleash them in the middle of a work day? We bet the people watching from their offices returned to their desks and immediately booked a vacation.

Related: 7 Reasons to Drop Everything and Cruise This Winter

The Sea Is Calling (Royal Caribbean)

We all need a little reminder to stop and enjoy the little things now and then. This commercial features ringing "shellphones" that lure passersby into chatting with the sea, which urges them to imagine warm sun, a cold drink and salty sea air. We like where they're going with this.