You may also like
Dismiss
Cruise Rules and Regulations, Plus Travel Documents and Information
Norovirus: What You Need to Know
How Not to Get Sick on a Cruise: 10 Tips
6 Things You Must Know About River Cruising in Africa
5 Reasons You Should Worry Less About Norovirus on Your Cruise
Can I Cruise While Pregnant? What You Need to Know
Expedition Cruise Packing
Sail Here, Not There: Avoiding Overtourism in Cruise Ports
Vaccinations for Cruises: What's Required Where
Why Germ-Zapping Robots and AI Technology Could Be the Future For Cruise Ships 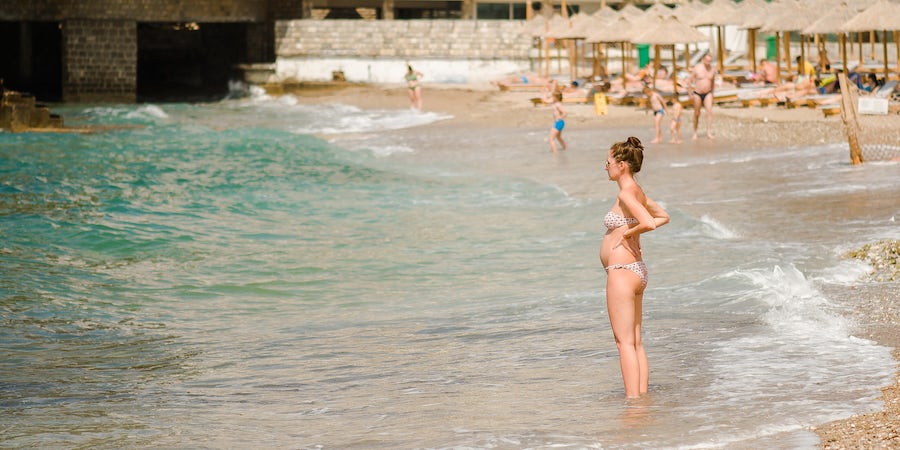 Zika: What Cruisers Need to Know

Zika is a mosquito-borne illness, named after the Zika Forest in Uganda where it was isolated in 1947. The virus is spread by mosquitos of the Aedes species, the same mosquitos that spread dengue fever and chikungunya.

Why am I hearing about it?

An outbreak in Brazil, beginning in May 2015, spread to dozens of countries and territories worldwide, including travel-acquired cases within the United States (with the most in New York and Florida). In 2016, a travel warning was placed on the Wynwood neighborhood of Miami, Florida, for the potential spread of the illness through domestic mosquitos, however that warning was removed on June 2, 2017. In late 2016, a second case of domestic Zika transmission was confirmed, in Brownsville, Texas near the Mexican border, however that warning was also lifted on August 29, 2017.

Elsewhere, the CDC has deisgnated 95 different countries and territories throughout Africa, Asia, the Caribbean, Central and South America, and the Pacific Islands as Areas of Risk. The only area from North America included in this list is Mexico. Some of those named with cruise ports include Aruba, Bonaire, Barbados, Guatemala, Mexico, St. Martin, Cape Verde, Honduras, Grenada, Panama, Colombia, El Salvador, Haiti, Dominican Republic, the U.S. Virgin Islands, Turks & Caicos and Puerto Rico.

Since the illness first started circulating, a number of countries and territories have been named Areas of Interrupted Transmission, meaning Zika was previously found in those locations, but scientists have determined the virus is no longer present. This means all travelers, including pregnant women, can visit these destinations with no known risk of getting Zika from mosquitoes. Be sure to check the CDC website for the most recent updates on these areas.

Related: Where Is My Cruise Line Based?

It can be found throughout the Caribbean, Central and South America, the Pacific Islands, the Cape Verde region of Africa and Central Africa, and Southeast Asia. Basically, anywhere these mosquitos live is somewhere you should take precautions.

While the Zika infection is not particularly serious for most people, the virus is a high risk for pregnant women, who have seen it linked to congenital birth defects like microcephaly (fetal brain damage). The CDC currently recommends that any pregnant women, regardless of trimester, postpone travel to any region that could be affected by Zika. In addition, women who are trying to become pregnant are also at risk. The CDC has also advised men who have traveled to areas affected by Zika to use a condom or abstain for sex with their pregnant partner.

Zika is most commonly transmitted through a mosquito bite; Aedes mosquitoes are aggressive daytime biters, which is unfortunate for cruise ship passengers who tour ports during the day. Rarely, the virus can be passed from mother to fetus during pregnancy or even during birth. There is now evidence that the virus can be passed both ways (male to female or female to male) through sexual transmission.

What are cruise lines doing about it?

Carnival Corp., which comprises cruise lines including Princess, Carnival, Holland America, Costa and Cunard, is sending information about Zika virus to passengers booked on cruises to affected areas. Pregnant women who need to cancel their cruises will be provided future cruise credits for them and their traveling companions to rebook at a later time. Norwegian Cruise Line is allowing passengers who are before final payment to select a different itinerary that does not visit the affected area without penalty; passengers who have made final payment may choose a future cruise credit. Royal Caribbean is handling passenger concerns on a case-by-case basis. Windstar is allowing expecting mothers and their travel companions to either reschedule for a future date or change the itinerary for a cruise to an unaffected destination.

Only one in five of those infected with Zika will actually experience symptoms. These include mild fever, rash, joint pain, conjunctivitis (red eyes), diarrhea, headache or muscle pain. The illness typically goes away in a week and rarely requires hospitalization. Current CDC research suggests that Guillain-Barre syndrome (GBS), an uncommon nervous system disorder, is strongly associated with Zika; however, only a small proportion of people with recent Zika virus infection get GBS.

What kind of treatment is there?

Rest, pain medication and hydration are the only treatments for Zika, as there is no cure or vaccine.

For pregnant women, treatment is generally supportive and can include rest, fluids, and use of analgesics and antipyretics. Fever should be treated with acetaminophen; although aspirin and other nonsteroidal anti-inflammatory drugs are not typically used during pregnancy, these medications should specifically be avoided until dengue can be ruled out to reduce the risk for hemorrhage.

Related: Can I Cruise While Pregnant? What You Need to Know

What precautions can I take?

Use insect repellent, wear long sleeves and pants, and stay in places with air-conditioning or places that use window and door screens. According to the CDC, insect repellents containing DEET, picaridin and IR3535 are safe for pregnant women when used as directed on the product label.

Since sexual transmission of Zika has been confirmed, contraception or abstinence with a partner who might have the virus is recommended. It's advised for women with Zika to wait eight weeks and men with Zika to wait six months before trying to conceive. After traveling to an area with Zika, it's suggested to wait eight weeks to conceive, even without symptoms. Women who have traveled or live in an area with Zika should be tested. If you think you've contracted Zika or have symptoms, see your doctor immediately.

Where can I find more information?

To learn more or read the latest Zika updates, visit the Centers for Disease Control and Prevention website.