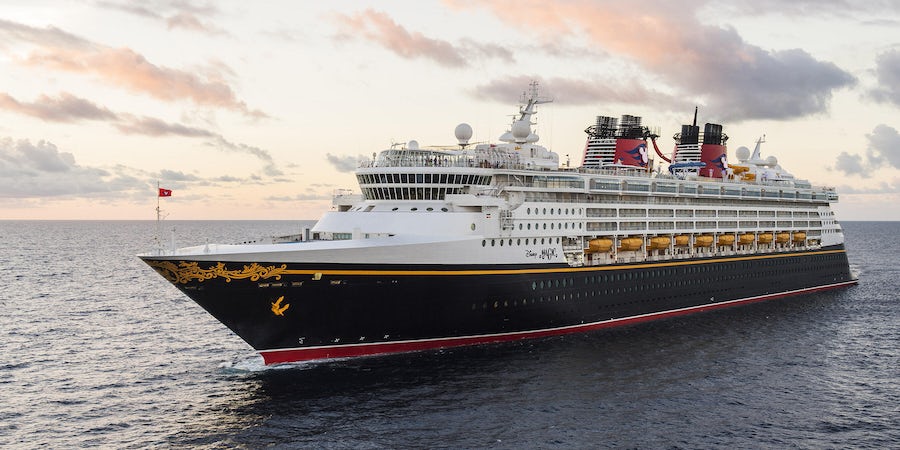 A Disney Cruise for Adults: 9 Things to Know When You Cruise Without Kids

Ever wonder what it's like to do a Disney cruise without kids? It's probably all screaming children, overzealous "kidults" in cheesy Mickey apparel, obnoxious characters and overpriced food, right? Not even close.

While there are no Disney cruises for adults exclusively, we were still pleasantly surprised by what we discovered when we sailed on a three-night Disney itinerary aboard Disney Dream. For a look at what two kid-free travelers -- one with no kids and one who left her 2-year-old at home -- learned, read our list of nine things to know about a Disney adult cruise.

1. The kids are well behaved... when you see them.

Were there a lot of kids on our cruise? Yes, but Disney's kids clubs are so stellar that many parents with whom we spoke said their little ones didn't want to leave. For anyone who doesn't relish the idea of screaming youngsters on the pool deck, that's a good thing. (The more time the kiddos spent in the bright, colorful recesses of the club, the less time they were found running around the ship misbehaving.) When we did encounter children, they were well-mannered and pleasant, which is a far cry from what we expected.

2. Characters are not everywhere.

Worried the Donald and Goofy sightings will be overkill? Don't be. Yes, there are characters onboard, but they appear mainly at set times in specific locations, which are noted in each day's schedule. (Some surprise appearances might take place, but they're not in your face.) That means you can generally avoid them if you so choose. Adults who actually want to encounter Minnie, Pluto and the rest of the gang will be pleased to know that they're far more accessible onboard than they are at any of the land-based Disney parks.

3. There are plenty of adult spaces and activities.

The ship offers quite a few places for grownups to escape. These range from the adults-only pool and sun deck to a cluster of venues -- a pub that shows live sporting events, a Champagne lounge, a bar with live music, and a nightclub with a DJ and dancing -- that becomes adults-only after 9 p.m. Programming in these areas includes dancing, trivia, game shows and even a Quest scavenger hunt. Adult activities on a Disney cruise are often seasonal, as well. For example, our sailing, which was during Halloween, included an adult costume contest.

Related: Six Reasons Why Adults Will Love a Halloween Cruise on Virgin Voyages

4. Nearly everything is included.

Spend a day in one of Disney's parks ashore, and you're likely to shell out a small fortune for food. On a Disney cruise, you'll eat for free in one of a handful of dining rooms each night. (You'll receive a schedule to dine in a different venue each evening, and your waiters follow you, adding a personalized touch and familiar faces.) Each ship in the fleet also has a buffet and counter-service eateries offering quick nibbles like pizza, burgers and deli fare. There are a couple of added-fee restaurants for adults only; they're great for escaping the kiddos if that's your goal, but they can also be avoided if you don't want to incur the additional cost.

You'll also pay extra for some things like specialty coffee and ice cream, alcohol, and spa and salon treatments, but otherwise, Disney sailings are a great value for your money when you consider the quality of the onboard entertainment, the caliber of service and the fact that, unlike most other cruise lines, soda is included in cruise fares.

Related: Are Short Disney Cruises Worth the Price?

5. The details are astounding -- even the tiniest ones.

Want to feel super important as you embark on your voyage? Prepare to have an entire cast of crew members welcome you aboard, by name, when you clear the gangway. Want ketchup with your morning hash browns? Your server will pour it for you -- in the shape of Mickey's head. Need to use the toilet while your travel companion is in the shower? No worries. Your cabin has two bathrooms: one with a shower and sink and another with a sink and toilet. On our Halloween sailing, a two-deck-tall tree stood in the ship's atrium; on Halloween morning, passengers woke to find that it had "bloomed" with pumpkins overnight as they slept. There are little surprises around every turn. Trust us: They've thought of everything.

6. The entertainment will make your jaw drop.

Because Disney Cruise Line is backed by the Walt Disney Company, it has myriad resources at its disposal; the entertainment options are mindblowing. One night on each sailing, a group of pirates takes over the ship, and Captain Jack Sparrow rappels down the funnel to save the day, kicking off an impressive fireworks display. If you're looking for a bit of interactive fun, each vessel's Midship Detective Agency sends you around the ship to gather clues via animated wall art.

In select Animator's Palate restaurants, Crush from "Finding Nemo" interacts directly with passengers via LED screens throughout the venue. (When we say he interacts, we mean he asks your name -- and remembers it -- and banters back and forth with diners about things like their attire. It's mildly creepy but amazing, and we still haven't figured out how they do it.)

Production shows are anything but the stale song-and-dance revues you might expect from other cruise lines. The special effects, costumes and choreography are simply spectacular -- Broadway could learn a thing or two -- and there's enough adult humor sprinkled in to keep more mature cruisers interested. Like movies? You're in luck. Disney owns Marvel, Lucasfilm, Touchstone and Pixar (as well as TV brands ABC and ESPN), so you can catch first-run films onboard, too.

7. It's not overwhelmingly "Disney."

Yes, there are subtle touches throughout the ships -- glass-slipper-bedecked chandeliers, hidden Mickey heads, Disney movies playing on the pool deck -- that make it clear you're sailing with The Mouse. However, you won't generally feel like you're walking through a giant Disney advertisement, and certain areas (mostly those for adults only) are refreshingly Disney deficient. The ships were designed to resemble 1930s ocean liners, and the overall decor is rich and chic with just the right amount of glamor and glitz.

One thing's for sure: Adults still get involved, even when cruising Disney without kids. It's more fun when you embrace the kitsch and participate. Don a bandana and eye patch on Pirate Night. Wear your mouse ears to dinner. Order Mickey Mouse waffles for breakfast. Join a "Nightmare Before Christmas" sing-along in the movie theater (and chat with Jack and Sally afterward). It's also perfectly acceptable to spend your entire cruise at the spa or relaxing by the adults-only pool. However you choose to have fun, the line embraces all types of cruisers without judgment.

We went into our adult Disney cruise adventure extremely skeptical and prepared for the worst. We expected to be annoyed by kids and characters and glittery, sweet-talking princesses. Instead, we found there's an odd sense of peace in watching those three elements combine. We dare any adult to hold back a smile as little girls in poufy dresses hug Belle and Snow White. Just go ahead and try not to be happy as you witness excited little boys asking Mickey for his autograph. By the end of our three days onboard, two grumpy, jaded grownups had remembered what it's like to believe in magic.