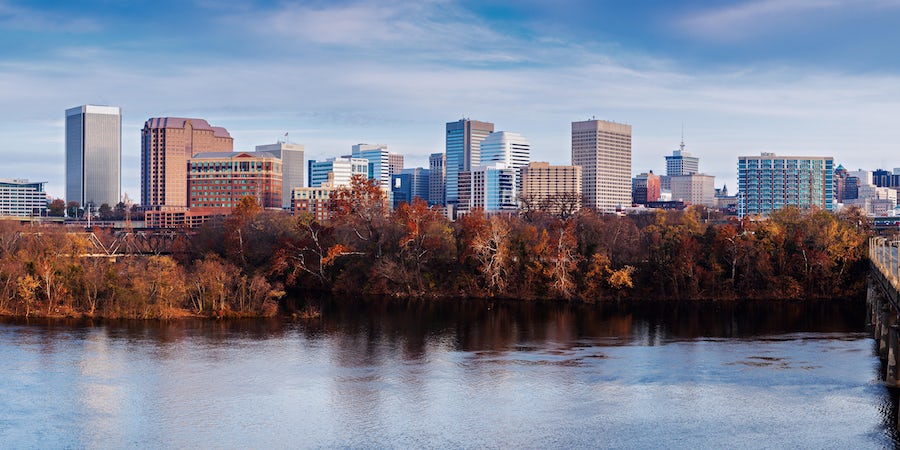 Carnival is the only line departing from Virginia's sole port of Norfolk, but that doesn't mean passengers cruising from there have few choices. Vacationers who want to embark on a cruise ship in the state can choose from sailings to the Bahamas, Bermuda and Eastern Caribbean.

If you're considering a Virginia-based cruise, here are five tips for Virginia cruises to consider when planning.

Tip 1: Cruise in June if You Can

Carnival Cruise Line, the only line to sail from Virginia in 2015 and 2016, offers sailings in only two months of the year -- June and October. Because hurricanes can and do hit Norfolk, you might want to consider choosing the June options, since your itinerary is more likely to change because of storms in the fall. (During severe weather, cruise ships might be prohibited from entering or leaving the port when access "gates" are closed off to prevent flooding.)

Related: Atlantic Hurricane Season Cruising: What You Need to Know

Cruisers flying into Virginia have two airport choices -- Newport News (PHF) and Norfolk International (ORF). Experienced Norfolk cruisers say the latter is the best choice, as it's larger, there are more flight options, and flights tend to be a bit less expensive. Norfolk International also is just 25 minutes from downtown Norfolk (and the cruise terminal). If you do choose Newport News' airport, budget extra time into your transfer to the cruise ship; traffic between the two cities can be bad.

Related: Airport Transfers on a River Cruise: What to Expect

Tip 3: Know Where to Park

For cruisers driving to the Norfolk port, there are three choices when it comes to where to park. The cruise line offers a parking lot about a mile from the port. Baggage handlers are on hand to assist with luggage, and free shuttle buses transfer passengers between the lot and the ship. Alternatively, you can park in a private lot across the street from the port. The cost is the same. A third option is to spend the night before the cruise at a hotel that offers discounted cruise parking rates and a free shuttle. You might end up paying less for one night at a hotel than you would pay to park for the duration of your sailing.

Tip 4: Pack a Sweater for Sailaway

Average temperatures in the Norfolk area in June range from 67 to 83 degrees, while temps in October dip lower, from 54 to 70. If you plan to be out on deck during sailaway, you might want to have a sweater with you. Similarly, that first day at sea could be chillier than you were expecting (especially in late October). Stuff a long-sleeved shirt into your bag underneath all your summer wear just to be safe.

Related: 5 Tips for a Maryland Cruise

Tip 5: Use an Hour to Hit the Sites

Even if you're not coming in the day before your cruise, you can still find time to see some of Norfolk's most well-known sights. All you need is a spare hour before or after your cruise. We recommend getting onto your ship early, throwing your bags into your cabin and then heading back down the gangplank to the Nauticus museum, right next door. There, you'll learn about the city's naval history and get a tour of the battleship Wisconsin. Also within walking distance is the gravesite of General Douglas MacArthur.