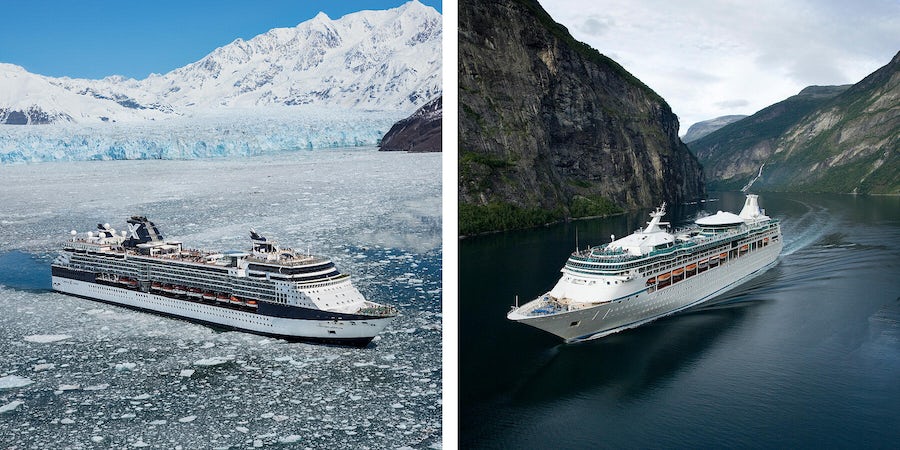 But bottom-line pricing and service levels aren't the only differentiators. To help you decide which cruise line is the right fit for you, Cruise Critic pits the two against each other -- the only winner, however, is you when you pick the line that best fits your needs.

Celebrity Cruises vs. Royal Caribbean: In a Nutshell

Fashionable cruise line with an emphasis on trendy culinary, entertainment and spa experiences, premium cabins and suites and a modern onboard vibe

Family-oriented cruise line that focuses on the "wow" factor through high-tech entertainment and activities, plus a large selection of free and for-fee dining choices

Ever since the Chandris family founded Celebrity in 1988, the line has been synonymous with fine dining at sea. That reputation has remained consistent through the line’s latest partnership with celebrity chef Daniel Boulud and a plethora of other delectable options:

Traditional fixed seating times or flexible “My Time” dining options are available onboard Royal Caribbean for main dining rooms as are reservations for specialty dining. The larger the ship, the more restaurants and overall dining options will be at your disposal such as the following:

Celebrity’s pool decks have always been contemporary settings, but it wasn’t until the Edge class that they maximized their chic potential with oversized main pools and champagne glass-shaped whirlpools befitting and even surpassing a modern Las Vegas resort. Now guests can expect the following onboard the line’s ships:

Royal Caribbean is well known for its FlowRider surf simulators, but the line has gone on to further showcase RipCord by iFLY skydiving simulators as well as North Star crane pods, many of which are complimentary to participate in, to up its long list of activities encompassing:

As on most cruise ships, Celebrity activities might include trivia, dance classes, bingo, wine tastings and themed lectures, as well as the following:

Royal Caribbean upped its entertainment ante by introducing Broadway and London West End productions into the mix on its newest ships. Its entertainment offerings, subject to change, include the following and more: