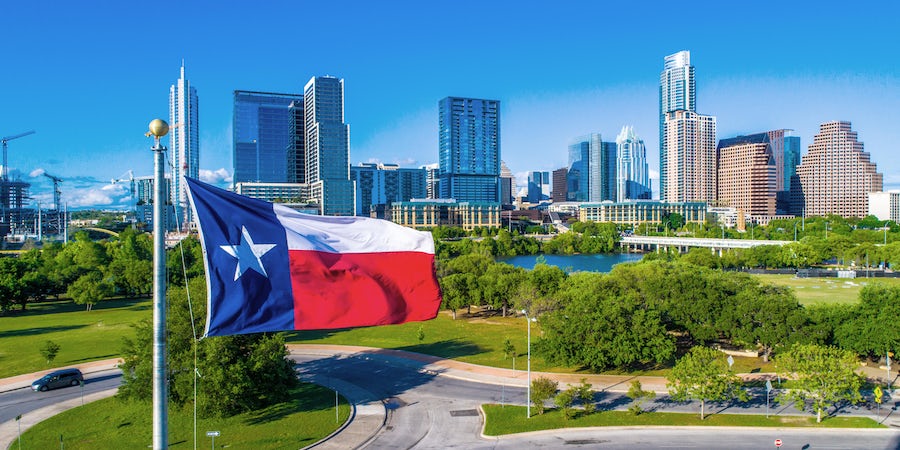 The Texas flag in view with the skyline of Austin in the background (Photo: Roschetzky Photography/Shutterstock)

The Texas flag in view with the skyline of Austin in the background (Photo: Roschetzky Photography/Shutterstock)
Dori Saltzman
Contributor

With more than 600,000 cruisers departing from Texas every year, the state is rapidly gaining importance as a cruise departure destination. Carnival will soon up its capacity in Galveston to three ships. If you're planning on cruising from Galveston, here are five tips for Texas cruises.

When cold air touches warm water, fog is often the result, which puts Texas' Gulf ports in a tough spot from late January through late March (though not exclusively). Most years, fog delays the arrival and departure of a handful of cruises by a few hours, but delays of more than 24 hours are not unknown. If you're cruising out of Galveston during these months, you would do well to be prepared. Book your flight home the day after your cruise arrives to avoid missing your flight. Consider booking a hotel room for the night your cruise departs, just in case the previous cruise isn't able to get back into port on the day you're scheduled to depart. (Try to find a hotel that will allow you to cancel within 12 hours of arrival.)

You've got two airport choices: George Bush Intercontinental Airport and Hobby Airport. Both ports are closer to Hobby Airport -- 45 minutes for Houston and about an hour for Galveston -- but only American Airlines, Delta, JetBlue and Southwest use the airport. The Bush Intercontinental airport is farther away -- about an hour for Houston and a little more than 90 minutes for Galveston -- but is serviced by all the major air carriers.

The easiest and least expensive way to get from either of the Houston airports to your cruise port is via a shuttle service. Shuttles, regardless of whether they're run by a private operator or your cruise line, are more cost-effective than taxis or car services. (Roundtrip transfers to either port run $50 to $100 per person.) Ship-sponsored transfers should always be pre-booked so that the line's representatives already have your name on their list when you get there and can get you on the first available transfer. Private shuttles don't need to be pre-booked, but you can save yourself some time at the airport by setting them up in advance.

The ride from either airport to the Galveston port is at least 45 minutes, and once you get to your cruise terminal, you'll only find vending machines within the terminal buildings. If there's any chance you might get hungry or you have a medical condition that could require you to eat at any given moment, you'll want to make sure you have snacks with you.

Mardi Gras is a big deal in Galveston, with more than 20 krewes participating and hundreds of thousands of revelers taking part in the festivities each year. Consider tacking on a few days before or after your cruise if you're sailing during Mardi Gras season. While the parties might not be as raucous as they are in New Orleans or Rio de Janeiro, you'll still get a taste of le bon temps roule. Alternatively, if you hate crowds, make sure to avoid sailing during the two weeks when Mardi Gras is celebrated.