You may also like
Dismiss
Carnival Breeze vs. Magic vs. Dream
Harmony of the Seas vs. Carnival Vista
5 Cruise Ships Perfect for Family Reunions
Best Carnival Cruises for Kids
7 Reasons Families Will Love Caribbean Princess
How to Make Friends on a Cruise
Pictures of Sky Princess
Pictures of Carnival Panorama
The Best (Free) Things to Do on Carnival Panorama
How to Survive a Cruise With Kids on an Adult-Focused Ship 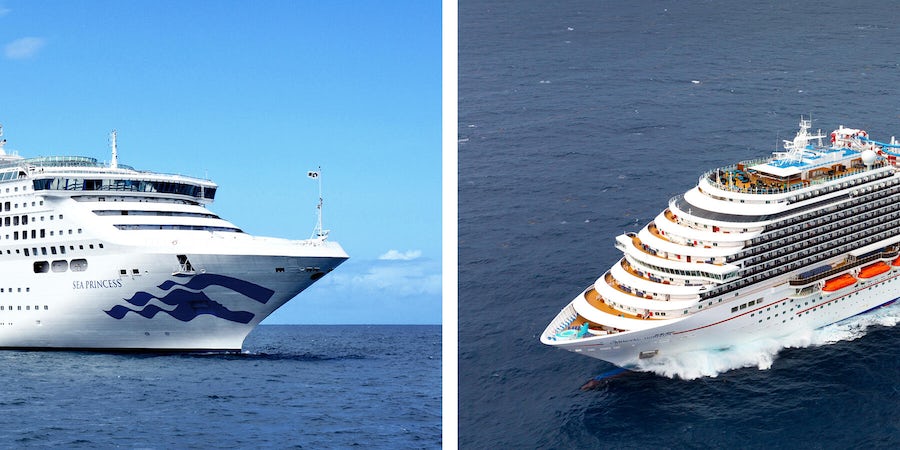 We pit Princess versus Carnival in a head-to-head showdown.

Traditional, yet easy-going cruise line with few bells and whistles that aims to put cruisers in a relaxed and rejuvenated state of mind.

Family-friendly cruise line for the budget-conscious cruiser who appreciates a "we-don't-take-ourselves-too-seriously" vibe.

Related: What Is the Biggest Carnival Ship?