You may also like
Dismiss
French River Cruise Tips
Seine River Cruise Tips
7 Ways to Find Europe Along the Mississippi
Things to Do in Seattle Before a Cruise
Drinking on the Douro: What to Sip on Your Portugal River Cruise
Which River Should You Cruise? Pick By Interest
Flåm Railway Tips
8 Tacky Souvenirs Not to Buy on Cruises
White Pass and Yukon Railroad From Skagway: Shore Excursion Review
Things to Do in Singapore Before a Cruise 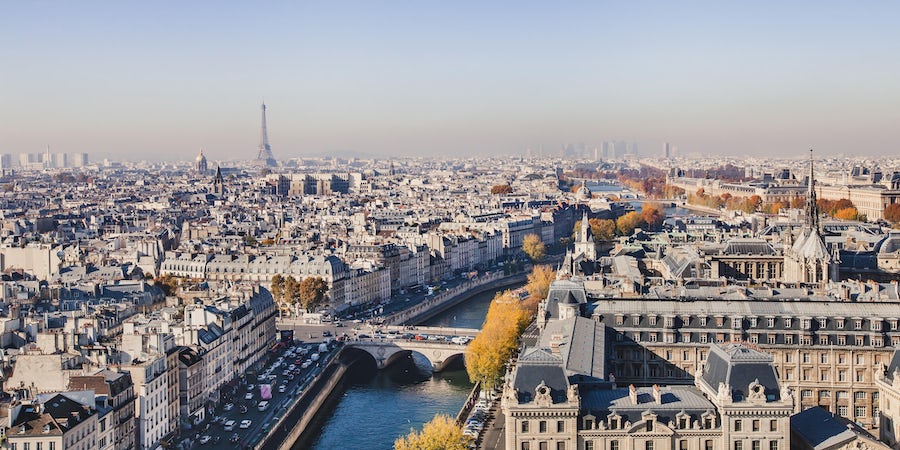 5 Tips for a Paris River Cruise

Departing from one of the world's most visited cities -- the gateway to Seine River cruises through northern France -- Paris river cruises continue to be popular. The nickname City of Light comes from the French capital's importance as a center of education and ideas during the Age of Enlightenment, 1715 to 1789, when bold ideas were discussed in Parisian salons by great philosophers like Voltaire and Descartes. The beauty of its monuments and contents of its museums make Paris a dream for culture-lovers; it's also renowned for romance. Most Seine river cruises are round trips that start and finish in Paris and feature optional extensions.

Here are five tips for making the most of your Paris river cruise. Yes, it's the landmark symbol of Paris, and you need to see it, but with about 32,000 visitors a day, joining the lines to go up the "Iron Lady" might not seem quite as attractive. Built in 1973, the Montparnasse Tower is a baby compared with the 126-year-old Gustave Eiffel masterpiece, but as the highest point in the center of Paris, it offers spectacular panoramic views from the 56th floor viewing deck. As an added bonus, you'll be just opposite the Eiffel Tower, so you'll get some great photos. Tip 2: Look at the Louvre

A treasure trove of priceless art, The Louvre is one of world's oldest, largest and most visited museums. First off, if you haven't got a pre-booked ticket, steer clear of the main entrance by the pyramid. Find one of the other four doors that are less evident and, therefore, less crowded. Inside, there are nine miles of corridors and 380,000 exhibits, so join a tour, or invest in the audio guide covering the highlights. The biggest draw is Leonardo da Vinci's enigmatic Mona Lisa. Just be prepared for the fact that she's surprisingly small in real life. The idea of strolling round a cemetery might seem strange, but tree-lined Pere Lachaise is one of city's largest landscaped areas. It's a fascinating place to visit, serving as the resting place of many famous and diverse names, including Chopin, Edith Piaf, Sarah Bernhardt, Oscar Wilde and Jim Morrison. Free maps are often hard to find, so download one before your vacation. If you take the Metro, go to Gambetta station, rather than the more obvious Pere Lachaise. The former is closest to Oscar Wilde's grave, and it's a downhill walk to visit the rest of the cemetery. Tip 4: Track Down a Top Meal

Le Train Bleu -- an opulent gastronomic restaurant at the historic Gare de Lyon station -- is just the ticket even, if you haven't got a train to catch. Dating back to the 1900s and re-creating the atmosphere of a plush wagon-lit carriage, it's filled with glittering chandeliers, frescoes and gilded ornaments. For the full experience before you board your Paris river cruise, splash out on the seven-course tasting menu served from 2 p.m. to 10 p.m. The cost is €105 ($115), including a glass of Champagne to get things off to a suitably sparkling start. A grab-and-go caffeine hit is just not part of the French culture. People-watching, relaxing and talking are just as important as the coffee itself. So expect service to be slower than you're used to. If you're in a rush, order your coffee at the bar, just like the locals do on the way to and from work. You will also save a few euros, as bar prices are cheaper than sitting at a table -- markedly so if it's an outdoor table on a grand boulevard like the Champs-Elysees.