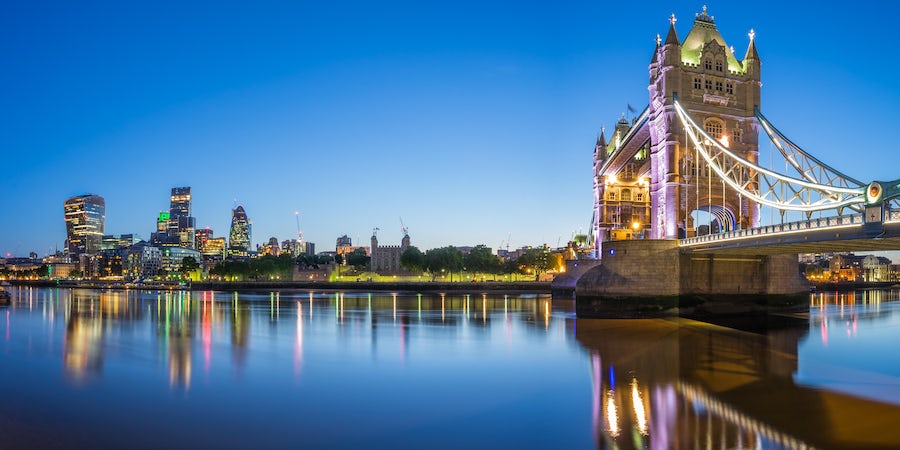 5 Tips for a London River Cruise

Because London is traffic-choked year-round, a London river cruise on the Thames is the best and easiest way to see some of the city's top sights. You can hop on and off at piers all along the river to visit the attractions -- all without the hassle of extortionate cab fares, crowded subways or buses caught in traffic jams.

While boats continuously traverse the waters of the River Thames, there aren't many overnight or longer river cruise itineraries offered. The majority of London river cruises available on the Thames are day cruises on larger sightseeing boats that take in London's historic sights. That said, river cruise enthusiasts can find overnight cruises up to a week in length leaving from West London on luxury barges like European Waterways' eight-passenger, 117-foot Magna Carta.

Here are five tips for taking a London river cruise: Whether you're coming to the U.K. in the rainy spring, the rainy summer or the rainy autumn, a cruise on the River Thames wouldn't be complete without enduring ... erm ... enjoying Britain's changeable weather. Be sure to pack layers, raincoats (macs), sturdy shoes and an umbrella (brolly). The summertime can be very warm, but temperatures generally stay between 50 and 80 degrees Fahrenheit. Whether you fancy yourself part of the sharp-tongued upper crust like the dowager countess or Lord Grantham or you find it easier to relate to the help, don't miss a chance to see the real country manor where the British period drama Downton Abbey is set at Highclere Castle. European Waterways offers excursions on select sailings. Tip 3: Soak in the history.

Britain is littered with history, and the detritus of a thousand years of civilization is perhaps nowhere more visible in the U.K. than along the River Thames. Just a few of the historical attractions you can see on a London river cruise include: St. Paul's Cathedral, Big Ben and the Palaces of Westminster, the Tate Modern museum, Shakespeare's Globe Theatre and the Tower of London. And if you take a longer trip from West London, you'll wend your way through quaint country towns to Oxford's ancient "City of Dreaming Spires." Britain gets a bad rap for its food, but even if that was a well-deserved reputation at some point in the past, it's not hard to find great food in the U.K. now. That's especially true in London. Whether you're looking for a great burger, a locavore, farm-to-table, organic restaurant or something more exotic -- Turkish, Indian, Vietnamese or even a Peruvian ceviche -- you'll be able to find it in this city. A trip to the U.K. would hardly be authentic if you didn't pop into a pub and partake in the local brew. If you want to kill two birds with one stone and get some history with your pint, head down to Greenwich -- you can take the Thames Clipper boats on the river, which are part of London's public transport -- and spend some time on the Prime Meridian before having a glass of lager or ale from the Greenwich Meantime Brewery.