You may also like
Dismiss
16 Unusual Cruise Ship Balcony Cabins
How to Talk Like a Sailor: A Glossary of Cruise Terms
Havana Cabanas on Carnival Vista and Horizon
Top 5 Grand Princess Cruise Tips
Cruise Ship Directions: Forward, Aft, Bow, Stern, Port and Starboard Explained
What Is a Cruise Ship Hotel Director?
7 Tips for Avoiding Crowds in Port
Behind the Scenes Photos: Celebrity Edge, Before and After
The Pros and Cons of a Port-Intensive Cruise
All Aboard! Cruising the Baltic Where Small and Friendly is the Way To Go. 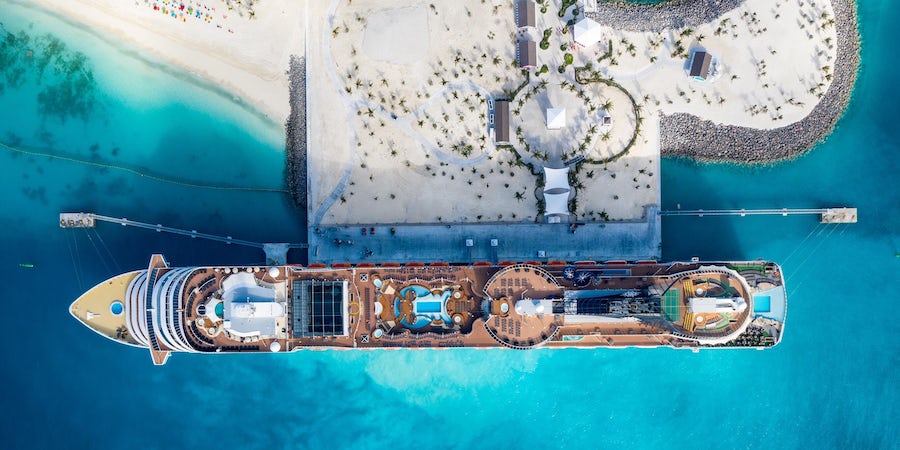 Port vs. Starboard: Is the Port Side or Starboard Best for Your Cruise Room?

There is one debate that all cruisers are likely to take a hard stance on for their cruise room location: port vs. starboard.

When choosing a cabin for your upcoming cruise, you'll likely run across the options for your room to be on the "port" or "starboard" side of your ship. This can be an especially important choice if you're investing money upgrading to a balcony or outside cabin instead of an interior cabin.

But is the port or starboard side the better pick for your cruise room? Read on for everything you need to know about port versus starboard for your next sailing.

What Is the Port Side?

The port side is the left side of the ship while you're standing onboard facing the ship's bow (front).

What Is the Starboard Side?

As you might have already gathered from the previous section, the starboard side is the right side of the ship when looking at the bow from onboard your ship.

How to Remember Port and Starboard

A great way to remember port and starboard is to go by the number of letters in each word. "Port" has the same number of letters as "left," so it is the left side of the ship. On the other hand, "starboard" has more than four letters, so that must mean that it's "right."

Another way to remember them is that "starboard" has more "R"s than "port" does, so it means "right."

Why Are They Called Port and Starboard?

We know what you're thinking: Why do we use port side and starboard side when we could simply use left and right?

The terms port and starboard originate from Old English terms that became more widely used during the 16th century as sailing took off.

Today, we use port and starboard on ships (and aircraft) because these are fixed locations, while left and right can be subjective. For example, if you are facing the stern (back) of the ship instead of the bow, the port and starboard remain the same. If we used left or right instead in this situation, well, you can imagine the confusion from someone facing the bow of the ship.

Port Side vs. Starboard: Does It Matter for Your Cruise Cabin?

While port and starboard are two distinct sides of a cruise ship, you will have a similar experience staying on either aboard most closed-loop cruises, or roundtrip cruises.

Standard cabin designs will be essentially identical on both sides of the ship. Both sides will have corridors lined with interior cabins (or inside cabins) as well as outside cabins and balcony rooms.

When your cruise ship is on the open ocean, the view is pretty much the same from any outside cabin. Exceptions might include regions where you pass islands, if you see the coast sailing into or out of port, and whether you catch the sunrise or sunset.

A ship can dock on either port or starboard sides, so one side doesn't consistently offer better port views than the other. There's also no way to know which side will have the view of the ports you visit -- and that's not necessarily always the best side anyway. You may even have the view of another cruise ship docked right next to you instead of the port or other scenery.

During scenic cruising, such as visits to Glacier Bay in Alaska or the Napali Coast in Hawaii, the captain will usually turn the ship 360 degrees so both sides get great views. However, you'll likely get a better view of such stunning scenery on the top deck than you would from your cabin anyway.

Port vs. Starboard Could Be More Important on a One-Way Cruise

Choosing between the ship's port side and starboard side is likely to be more important on a one-way cruise. Some of the most popular one-way cruises are north or southbound Alaska cruises and Mediterranean cruises, like Barcelona to the east or Athens to the west.

Remember: the sun always rises in the east and sets in the west. With that said, if you're sailing north or west and want to see sunsets, choose a port side cabin. If you'd rather see the sunrise while sailing south or east, staying on the port side is your ideal choice as well.

However, you can expect the rooms that face the scenic coastlines to cost more on these types of sailings.

Port Side vs. Starboard: The Bottom Line for Your Cruise

Ultimately, the most important cabin choices are which deck you're on, whether you're in the middle or toward one end of the ship (for seasickness reasons), and which size and category of room you select. Be sure to check out our article about what you need to consider when choosing your cabin.

Generally, the impact of choosing either a starboard or port cabin can be minimal or monumental -- it all depends on you and your unique needs.