You may also like
Dismiss
17 Epic Cruise Fails (Reader Edition)
If You Get Sick on a Cruise: What to Expect
What to Pack for a Voluntourism Cruise
Can I Cruise While Pregnant? What You Need to Know
8 Best Ways to Cure a Cruise Hangover
Best Travel Medicine Kits for a Cruise and What to Put in Them
6 Cruise Ports and Regions That Have Banned Sunscreen (and What to Use Instead)
5 Cruise Health Myths Debunked
What Is the Economic Impact of the Cruise Industry in the United States?
Q&A With Bug Naked, Cruising's Most Famous (and Least Furry) Feline 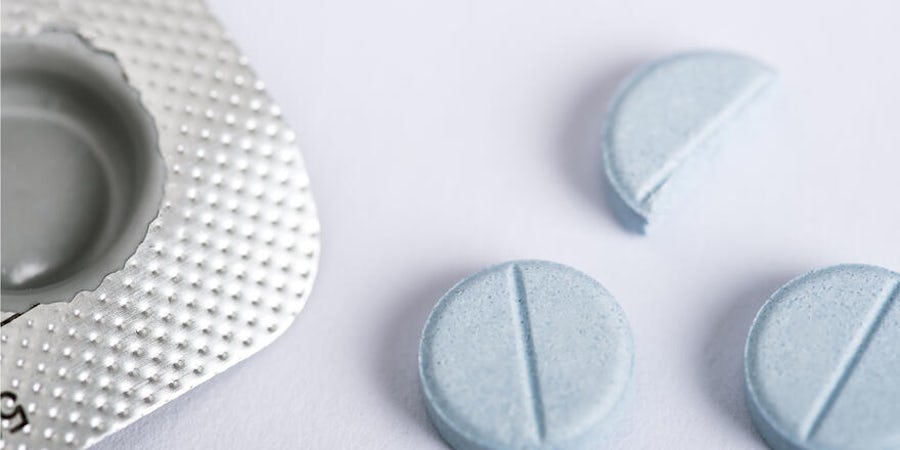 Cruising is hell when you're seasick. Luckily, there are several remedies -- from ginger candy and green apples to acupressure wrist bands, medicinal patches and a fixed gaze on the horizon -- that can make you feel better in no time. One of the most effective, though, are seasickness pills. But with so many to choose from, which is the best: Dramamine or Bonine (meclizine)?

Below, we compare two popular brands, Dramamine versus Bonine. (Note: Dramamine and Bonine both offer several versions of pills and tablets to fight seasickness. For the purposes of this article, we're referring to Bonine's and Dramamine's original formulas.)

How Does Dramamine Work? How Does Meclizine Work?

Both Bonine (meclizine) and Dramamine Original Formula are over-the-counter medications to treat motion sickness using antiemetics (in this case, antihistamine drugs that also alleviate nausea and vomiting). Both brands say their products should be taken prior to activity for best results, and both types of pills contain lactose.

Two potential downsides for cruisers: Some of the most effective medications for seasickness also make you sleepy. Unfortunately, non-drowsy Dramamine isn't considered as effective. Additionally, drinking alcohol with either Dramamine or Bonine can cause more side effects.

Related: How to Prevent Seasickness on a Cruise

Bonine (Meclizine) Dosage: Bonine's active per-tablet ingredient is 25 mg of meclizine hydrochloride, which prevents seasickness symptoms with minimal drowsiness. Bonine is to be taken one or two tablets at a time -- but only once a day -- for anyone older than 12.

Bonine (Meclizine) Side Effects: According to Drugs.com, meclizine side effects may include: drowsiness, dry mouth, headache and vomiting.

Bonine (Meclizine) Warnings: Bonine should not be given to children under 12. If you have had kidney or liver disease, asthma, glaucoma, enlarged prostate, or urinary problems, consult your doctor before taking Bonine or meclizine. Also talk to your physician before taking meclizine while pregnant.

Bonine (Meclizine) and Alcohol Drinking alcohol may increase some side effects.

Dramamine Side Effects, Dosage, and More

Dramamine Dosage: Dramamine's original formula contains 50 mg of dimenhydrinate (Dramamine’s active ingredient) per tablet. The recommended dose for Dramamine Original Formula is one to two tablets every four to six hours for anyone older than 12.

Dramamine Side Effects: According to Drugs.com, the Dramamine active ingredient can cause marked drowsiness, dry mouth, constipation, blurred vision, or a feeling of restlessness, especially in kids who take it. Dramamine makes non-drowsy and "less drowsy" options that contain either ginger or the same active ingredient as Bonine.

Dramamine Warnings: People with liver or kidney disease, enlarged prostate or urinary problems, heart disease, high blood pressure, people with seizures, digestive tract blockages, overactive thyroid, glaucoma, or respiratory problems such as asthma, bronchitis, emphysema, should not take Dramamine, according to Drugs.com. Do not take Dramamine while pregnant unless you have consulted your doctor.

Dramamine and Alcohol: Drinking alcohol while using Dramamine may cause side effects, like becoming even more tired. People should also avoid using any topical medications that contain antihistamines, such as Benadryl.

Other Dramamine and Bonine (Meclizine) Considerations

Kids and Dramamine or Bonine (Meclizine): If you have children who get motion sickness, note that there are options for Dramamine for kids. Dramamine offers dosing instructions for children as young as 2 years old. Bonine doesn't offer dosing for anyone younger than 12.

Chewable vs. Pills: Bonine (which is chewable) contains artificial sweetener, while Dramamine (which is swallowed, rather than chewed) does not. Dramamine does, however, make a chewable pill.

Cost of Dramamine or Bonine (Meclizine): In terms of expense, both products are similarly priced, but Bonine's daily cost is less because the dosage is one to two pills per day and Dramamine is up to eight pills a day.

Use Bonine (meclizine) if you want a chewable pill that you only have to take once a day and don't mind paying an extra dollar or two for the convenience. Some people report less drowsiness from meclizine vs. Dramamine. Opt for Dramamine if you can't tolerate chewable pills or artificial sweeteners, but be prepared to take more than one dose per day (which means you'll go through more pills, thereby potentially negating any cost savings).

If you're lactose intolerant or if you plan to consume alcohol, stick with a more natural remedy like an acupressure bracelet, green apples, ginger tablets or candies, or peppermint.

In our experience, the majority of people prefer Bonine; you can read the opinions of fellow cruisers and join the discussion on the Cruise Critic message boards.