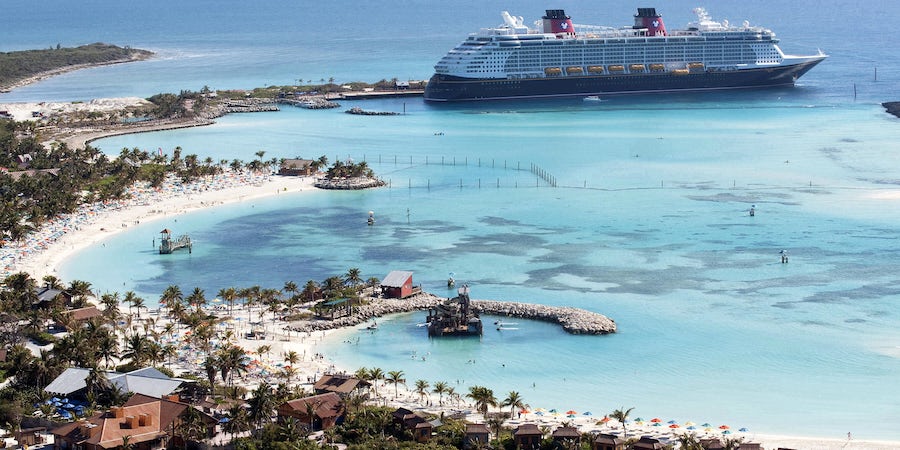 You want to sail on Disney's newest ships ... but do you choose Disney Dream or Disney Fantasy? Both offer Disney's stellar shows, spacious cabins designed with families in mind, and plenty of opportunities to meet the Disney princesses, Mickey Mouse and all your favorite characters. You really can't make a bad decision, but if you're debating Disney Dream vs. Disney Fantasy, here's what you need to know.

The two ships are nearly identical in layout. Both carry up to 4,000 passengers in 1,250 cabins, with plenty of rooms that can sleep three or four passengers. The ships offer pools for kids and adults, three main restaurants (Enchanted Garden, Royal Palace and Animator's Palate) and expansive kids clubs, including a nursery for babies and toddlers. The top decks of Disney Fantasy and Disney Dream are circled by the AquaDuck water coaster and set the stage for the line's popular Pirate Night live action show and fireworks display. In addition, both ships offer two theaters (one for shows and one for movies) and a nightlife district for adults with bars and clubs; neither has a casino. Fans young and old can find plenty of meet-and-greets and photo ops with the Disney princesses, as well as Mickey and friends, regardless of which ship they choose to sail.

When comparing Disney Fantasy vs. Disney Dream, you won't find much that's different. Disney Dream sports an art deco design, while Disney Fantasy is styled in art nouveau. Disney Fantasy, the second of the two sister ships, has a few additional attractions, such as the Aqua Lab splash zone and water play area, Muppets mystery game and the "Animation Magic" show at Animator's Palate (where visitors can design their own animated characters). Both ships offer original stage shows centered on Disney characters and well-loved Disney songs, but the specific productions differ from ship to ship. In October 2015, Disney Dream will add the Bibbidi Bobbidi Boutique for princess makeovers and Satellite Sun Deck for adults-only relaxation, both of which are currently only on Disney Fantasy. In addition, Disney Dream will receive a new sweet shop and Millennium Falcon kids club play area that will not be on Fantasy.

Because the ships are so similar, the main difference is itinerary. Choose Disney Dream if you're short on vacation time and prefer a three- to five-night cruise to the Bahamas. For more time onboard, opt for Disney Fantasy, which sails seven-night cruises to the Eastern and Western Caribbean.