You may also like
Dismiss
Caribbean Cruise Destinations: Which Islands Are Where
MSC vs. Royal Caribbean in the Caribbean
Hurricane Irma: A Look Back At the Storm
Hurricane Maria: A Look Back at the Storm
Sail Here, Not There: Avoiding Overtourism in Cruise Ports
The World's Best Beaches to Visit on a Cruise
Cruise and Stay Holiday Tips
Taster Cruises: What They Are and Where to Take Them
Where You Can Cruise to Onboard Princess' Newest Cruise Ship, Sky Princess
How to Book a Suite for Less 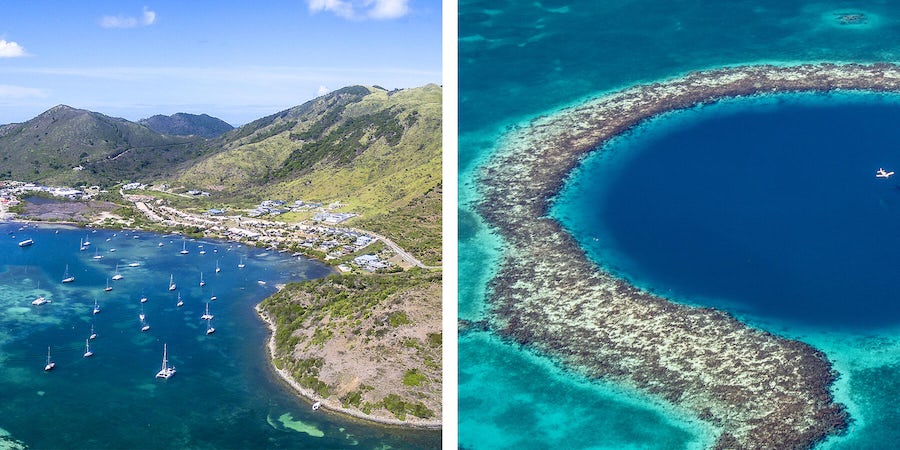 Cruise lines differentiate itineraries by Eastern vs. Western Caribbean, but new cruisers don't always know which of those sailings are best for them. Whether you're perusing a Western Caribbean cruise with stops in Belize, Jamaica and Honduras or you're eyeing up the Eastern Caribbean's Puerto Rico, U.S. Virgin Islands and French West Indies, there's a lot to consider. Check out our recap of the similarities and differences between two of the most popular cruise regions below.

Similarities Between the Western and Eastern Caribbean

Although the specific cultures, customs, history and even food in each Caribbean port can vary greatly, there are similarities. Geographically, the Caribbean islands are located near the equator in the tropics (meaning they're warm-weather destinations that experience tropical climates). Eastern and Western Caribbean islands are all easy to reach from the southeastern coast of the United States, making them an easy cruise getaway for anyone who craves warm, sunny weather and lots of time outdoors.

In addition to weather, the general attitude is often comparable in both places. Life moves more slowly, both because of the heat and because of the friendly locals' desire to savor everything with an appreciation not regularly found in other more fast-paced areas of the world. Locals are often not punctual, and schedules are viewed only as rough estimates. This is known as "running on Caribbean time." (Note: Your ship does not run on Caribbean time, so don't be late getting back onboard!)

In terms of activities, visitors to either region can shop, learn about history, lounge on the beach or have active adventures that involve some of the best areas for snorkeling, hiking, ziplining and other adrenaline-pumping activities.

The biggest differences you'll encounter when comparing Eastern Caribbean versus Western Caribbean cruises are the actual itineraries. The only ports that tend to show up on sailings in both regions are Nassau and Freeport in The Bahamas and Labadee, Royal Caribbean's private island in Haiti.

Otherwise, Western Caribbean sailings include ports in the Greater Antilles such as Jamaica, Grand Cayman and Cuba, as well as Mexico and sometimes Central American ports, such as Belize City and Roatan.

If you're new to cruising and want a shorter, more budget-friendly cruise to warmer climes, check out a Western Caribbean cruise. Western is also ideal for those who want to visit fewer island ports and are interested in exploring Mayan culture in Mexico and Central America.

An Eastern Caribbean cruise is better for first timers and repeat cruisers who can cruise for a week or longer. It's also the better bet for shopping enthusiasts and beach connoisseurs.