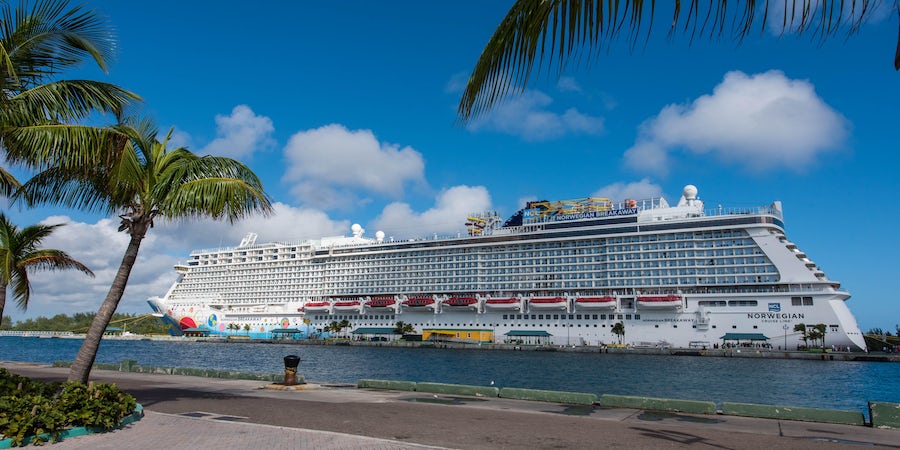 When Norwegian Cruise Line's 4,028-passenger Breakaway Class of ships debuted in 2013, it introduced cruisers to The Waterfront, an innovative boardwalk-style promenade, and three-story 678 Ocean Place, an atrium filled with bars, restaurants and entertainment. Additionally, both Breakaway-class ships -- Norwegian Breakaway and Norwegian Getaway -- feature Broadway-style shows. If you're trying to decide between the two, we run down the similarities and what's distinctive about each.

The layout of both ships is nearly identical; both Getaway and Breakaway share the Deck 8 Waterfront area, encompassing outdoor dining areas for many of the ships' specialty restaurants -- Moderno Churrascaria (Brazilian), Cagney's (a steakhouse), La Cucina (Italian) and Ocean Blue on the Waterfront (seafood) -- along with open-air lounge extensions for bars.

At 678 Ocean Place, the ships' dining and entertainment hub, you will find Teppanyaki, a hibachi restaurant; Le Bistro, a French venue; O'Sheehan's, a bar and (complimentary) 24-hour eatery; Shanghai's Noodle Bar, an (also complimentary) Asian eatery; Wasabi, a sushi bar; Carlo's Bakery, the creation of Cake Boss star Buddy Valastro; and the fee-free main dining rooms, Taste and Savor. A Dolce Gelato counter can be found inside, as well as on the Waterfront.

Cabins are extremely similar, with 2,014 on each ship divided between 11 categories that include inside, outside and balcony cabins, as well as minisuites, suites, spa suites and studios for solo cruisers. Both feature The Haven, a ship-within-a-ship suite complex that has its own bar, lounge, concierge, restaurant, and pool and sun deck area.

The main highlights of nighttime entertainment on Breakaway-class cruises are full-length Broadway shows; Headliners, the comedy club; Howl at the Moon, a dueling piano bar encouraging audience participation; and dance parties and theme nights at Spice H20, which serves as a sun deck by day. A popular bar found only on Breakaway and Getaway (as well as Norwegian Epic) is the Svedka & Inniskillin Ice Bar.

Outdoors, both ships also feature Vibe, a for-fee adults-only sun deck; an adrenaline-pumping ropes course on the top deck of the ship, with a zip line and plank that extends over the side of the hull; and sizeable aqua parks with at least four water slides and a kids splash area.

When comparing family services on Norwegian Getaway versus Norwegian Breakaway, you won't find much of a difference. Both have Splash Academy, the kids club; Entourage, the teen lounge; and Guppies, a program for infants (6 months to just under 3 years) and their parents.

Despite the overwhelming similarities between the two ships, comparing Norwegian Breakaway versus Getaway does yield a few key differences.

First and foremost, Norwegian Breakaway and Getaway were built specifically to homeport in different cities. Breakaway is based in Manhattan and is a New York-themed ship through and through, from the Peter Max hull art featuring the Statue of Liberty to a dining room aptly called the Manhattan Room. Getaway, known as "Miami's Ultimate Ship," has a Miami-Cuban bent with a Latin-inspired dining venue called the Flamingo Grill and a version of dance revue "Burn the Floor" riffing on old-school Havana. (To be fair, "Burn the Floor" debuted on Breakaway, but it takes on new life aboard Getaway.) Getaway's hull is occupied by a free-spirited and fun mermaid designed by Miami-based artist David "LEBO" Le Batard.

The dinner-theater shows aren't the only entertainment difference; Norwegian Breakaway features "Rock of Ages" in its theater, while Norwegian Getaway offers "Legally Blonde."

Norwegian Getaway's bars differ from what you'll find on Breakaway, which mostly has the cruise line's signature bars and lounges. On Getaway, you'll find the tropical Sugarcane Mojito Bar with palm tree decor and a delightful list of sweet and savory varieties of the drink, as well as the Sunset Bar, inspired by Ernest Hemingway's time in Cuba.

Live music venues differ on the two ships, as well. Fat Cats Jazz and Blues Club is the place to be onboard Breakaway. Getaway has the Grammy Experience, displaying memorabilia curated from the Grammy Museum in L.A. and, as its namesake suggests, featuring the music of Grammy award-winning artists each night.

If you're seeking a Cosmopolitan vibe -- think Sinatra playing as you sail away, a dirty martini in a swanky lounge and an aerial show (literally) over dinner -- but can rock out to '80s hair bands any night of the week, Norwegian Breakaway is the ship for you.

If you dream of living a South Beach lifestyle; enjoy Cuban influence in your snacks, drinks and dancing; idolize pink-adorned Elle Woods and her positive, can-do attitude; don't mind believing in a little magic; and simply can't bear the thought of even a little cold weather, Norwegian Getaway is the ship for you.