You may also like
Dismiss
What to Expect on a Cruise: Cruise Activities for Teens
15 Things That Drive You Nuts on a Cruise and How to Be Zen About Them
Disney Cruise vs. Carnival Cruise
What Is a Cabana on a Cruise Ship or Private Island?
Hidden in the Fine Print: 16 Things You Need to Know About Your Cruise Contract
Best Carnival Cruises for Kids
7 Reasons Families Will Love Caribbean Princess
Cruise Policies & Inside Information
Royal Caribbean Cruise FAQ
M Crew Kids Club on Marella Cruises 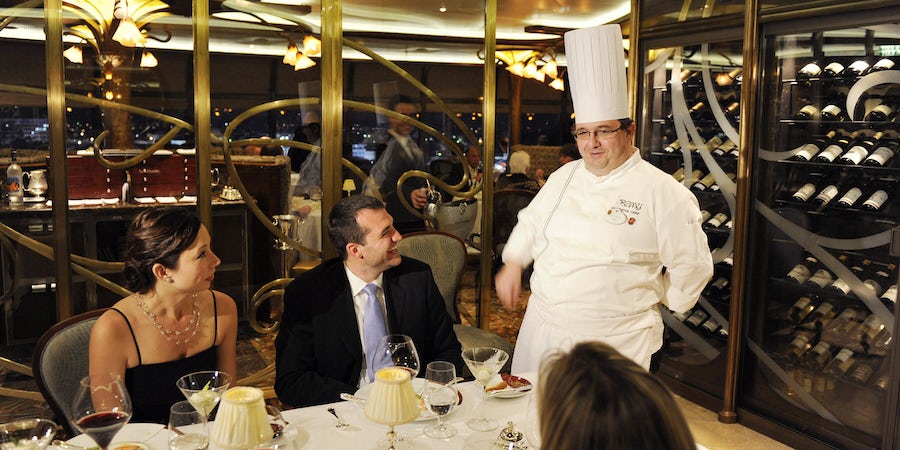 Adult-Only Areas on Cruises: What to Expect

Where can I go to escape children on my cruise?

If you truly want a kids-free cruise, you might want to consider cruising on an adult-only cruise ship. Since most ships do allow children, your best bets for avoiding them, should you so choose, are adult-only areas. Most cruise lines offer kids-free pools and/or sun decks, as well as age restrictions on casinos, spas (save those that allow teen treatments with parental supervision) and most nightclubs and bars after certain hours. Some ships even have adults-only restaurants.

What are the age restrictions, and are they enforced?

Usually anyone 18 and older is allowed in adult-only areas (but most ships require passengers to be 21 or older to drink while there). The age restrictions are less strictly enforced in adults-only areas that are free. Because for-fee areas charge per passenger, more attention is paid to exactly who's coming and going. As a general rule, 16-year-olds who are behaving appropriately in an adults-only area will not be noticed or kicked out. Most lines also have age restrictions for hot tub usage, but these are the least strictly enforced.

If I'm considered an adult but my travel companion isn't, can he or she join me in an adults-only area?

If your travel companion isn't obviously underage and/or causing a disturbance, it's likely nobody will notice or complain (unless seats are at a premium or the venue is one that charges a fee for access). In other words, if your toddler is your travel companion, then, no -- he or she cannot join you there. If your 16-year-old sibling, child or friend wants to join you, it's probably fine.

Age restrictions to access areas like therapy pools at the spa are likely to be enforced, even when that access comes as part of the room package you and the underage passenger have booked. An example would be Celebrity's Aqua Class staterooms, which include access to the Persian Garden therapy area on some ships and Sea Thermal Suite on others, where age restrictions would prohibit your companion from entering.

Related: What Is a Cabana on a Cruise Ship or Private Island?

Some adults-only deck areas are completely complimentary, some offer free entry but charge for extras like cabana usage, and still others are entirely fee-based.

Most lines with kid-free retreats that levy a fee allow you to reserve space there before you embark. If you wait until you're onboard but still want to reserve a spot, be sure to visit guest services shortly after you get on the cruise ship, or you risk missing out as reservations fill up quickly. Some of these spaces offer perks like fruit skewers, water misters and use of MP3 players that are preloaded with calming music.

Most adults-only sun deck areas are found on the ship's upper decks, so they're quiet and you can watch the horizon as you glide along. Adults-only pools are sometimes found in conjunction with adults-only sun decks; others, however, are found indoors, near the ships' spas and fitness centers, and can even be closed off to bad weather by retractable roofs, known as magrodomes.

Can I spend the day at the spa?

Related: What Can I Buy on a Cruise with $50 Shipboard Credit?

Spa treatments always cost extra, so if you're planning to escape the kids by retreating for a day full of massages, facials and body scrubs, be prepared to give your onboard account a workout. You can often get discounts on spa treatments if you have one on the first day or on port days when most passengers are ashore and spa staff struggle to fill their appointment books.

Spas are usually located near cruise ship fitness facilities, which also carry age restrictions. Some spas offer access to thermal suites and thalassotherapy pools free of charge when you book a treatment or with day passes for an additional charge; these are also kid-free and the best way to spend a day at the spa, especially when combined with a treatment.

Do cruise ships have adults-only restaurants?

Adults-only restaurants are hard to come by, but they do exist. Typically, they cost extra, too. Disney, for example, has two adults-only dining venues, Remy and Palo.

Related: What to Expect on a Cruise: Specialty Dining on Cruise Ships

An easy -- and free -- way to avoid children at dinner in regular restaurants is to book the late seating or, if you choose the flexible dining option, to show up at a later time.

Do I have to pay a cover charge at a bar, club or casino?

Access to clubs, bars and lounges is generally gratis. Most are open to everyone during the day and might even play host to groups of children taking part in activities sponsored by the onboard kids clubs. But at night, many don't allow minors due to the prevalence of drinking, smoking and late-night comedy with a racy twist.

Casinos also don't charge for entry, but if you stick around and don't get lucky, you'll end up in the hole. They never allow minors, but, as with select bars, some casinos are located in central areas that serve as thoroughfares to get from one side of the ship to the other, meaning you might see kids in the vicinity as they're passing through.

How can I find out more about adult-only areas on cruise ships?