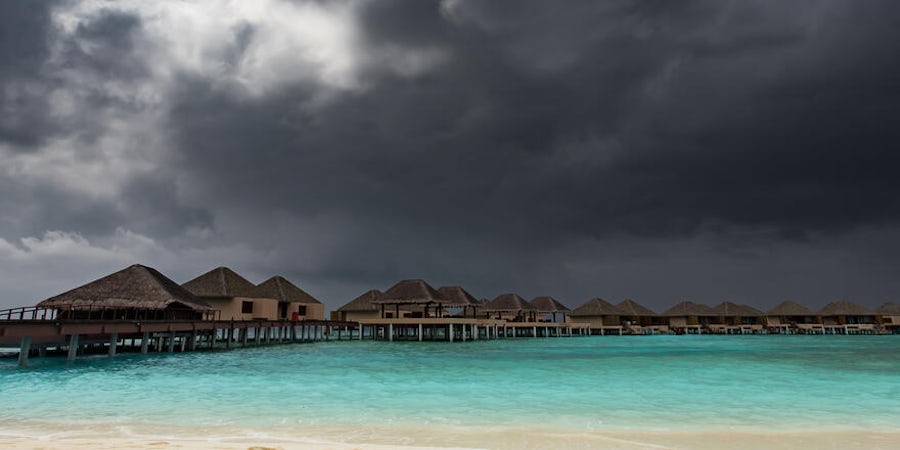 What to Expect on a Cruise: The Weather (ID: 1772) (Photo: Ivan Kurmyshov/Shutterstock)

The Weather on a Cruise: What to Expect

What to Expect on a Cruise: The Weather (ID: 1772) (Photo: Ivan Kurmyshov/Shutterstock)
Cruise Critic
Staff

How can bad weather affect my cruise experience?

Like any other vessel that sails the high seas or rivers or lakes, cruise ships are at the mercy of the weather. Cruise lines know this and try to place their ships in destinations where the weather is less likely to affect the itinerary, but avoiding inclement weather is never guaranteed. From rain, hurricanes and high winds to fog and low or high waters, there are many ways in which bad weather can force a cruise off its original course -- or simply ruin your beach day.

Cruise ships sailing to the Bahamas, Bermuda, Mexico and the Caribbean during hurricane season on both the East and West Coasts of the U.S. often reroute or skip ports to avoid storms in the area. Hawaii cruises also can be affected, though less frequently. Ships departing from Galveston and Tampa in the winter and spring often run into fog, leading to delayed departures and at least one canceled cruise a season.

Some tender ports (ports that must be reached via small boats that go back and forth between your cruise ship and shore) like Grand Turk, Belize City, Grand Cayman, Princess Cays and Great Stirrup Cay in the Caribbean and Bahamas -- as well as Santorini, Cannes and Split in Europe -- are commonly skipped because of high winds. River cruises are not immune either, often rerouting or putting passengers on tour buses because river waters are too high or too low. Even when ports are not missed entirely, arrival can be delayed and your time ashore cut short.

And any destination can be cold, rainy, cloudy or windy. Bad weather can mean anything from less impressive photos or a canceled helicopter ride to a rained-out snorkel trip.

What happens if my cruise ship reroutes or skips a port?

Related: Pacific Hurricane Season Cruising: What You Need to Know

First of all, you might not know right away whether or not a port will be skipped. In some cases, such as hurricanes, you'll probably know at least a day ahead of time. Other times, a captain may actually attempt to dock, but be unable to and thus skip the port call.

If the captain of your cruise decides it's too dangerous to proceed with the scheduled itinerary, he might implement any number of alternative plans. You might get one or more extra days at sea, or the captain could swap out the missed port for a new port. Sometimes, the entire order of ports is rearranged so that all are still visited but at times when the weather will be less disruptive. Less frequently, but not unheard of, the ship will be forced to switch destinations. For example, your Eastern Caribbean itinerary could be changed to a Western Caribbean one, or your entire Caribbean cruise will be replaced by a Bermuda or New England/Canada sailing.

Are cruises ever canceled because of bad weather?

Because cruise ships can move around bad weather, full cancellations are rare. But they do happen. Cruise lines are loath to cancel sailings and try to wait as long as possible before making a decision, while still trying to give passengers enough lead time to make alternate plans if necessary. If a line does cancel, it will offer compensation -- usually a full refund of the cruise fare and possibly an additional percentage of your fare paid, given in the form of a future cruise certificate.

For example, during 2017's back-to-back hurricanes Irma and Maria (which affected more than 100 itineraries), passengers were given full refunds on canceled sailings. Some lines also offered a future cruise credit of 25 percent in addition to the refund. In other cases, cruise lines were forced to shorten itineraries and gave booked cruisers the option to cancel for a full refund or sail and get a partial refund (25 to 50 percent) as well as a future cruise credit of 25 to 50 percent.

Can I cancel my cruise booking if I know a storm is forecast?

You're always free to cancel, but in most cases, you will lose the full price you paid for the cruise (minus port fees). In instance of extremely severe storms (like Irma and Maria), cruise lines will allow passengers to cancel without (or with minimal) penalty. Cruise Critic always recommends buying travel insurance that covers weather disruptions. This might not allow you to cancel because of impending storms, but it will cover you for travel disruptions caused by a storm.

Am I entitled to a refund or other compensation if I miss a port because of bad weather?

When a port is skipped, the only compensation you are entitled to is that destination's port fees. This is usually a minimal amount (think $7 to $20) and will be given to you in the form of a shipboard credit that will be applied toward your onboard spending. Occasionally, a cruise line will offer a little extra spending money (in the form of onboard credit), especially if multiple ports are missed or the entire itinerary has to be changed, but this is not the norm, and you're not entitled to it.

What about refunds for any shore excursions I booked for that port?

What do I do on a cruise ship if it's raining?

We're not going to lie. If you're sailing in the Caribbean and it's raining, it's a bummer. Though we have seen a few hardy souls brave the waterslides in bad weather, most outdoor recreational activities and facilities -- including pool games, ropes courses, zip lines, rock climbing walls, surf simulators and the like -- will be shut down. That doesn't mean there's nothing to do. Most of your ship is indoors; that includes entertainment lounges, theaters, restaurants and bars. On some ships, that even includes play spaces like arcades, bowling alleys and ice or roller skating rinks. When it's raining, the onboard entertainment staff will usually increase the number of indoor recreational activities, such as trivia, movie screenings, scavenger hunts, and arts and crafts, as well.

Will my cruise ship get overcrowded because everyone is staying inside?

Indoor areas like lounges and the buffet, as well as activities, can get crowded when the weather is bad. An extra restaurant may be opened for lunch, and onboard entertainment staff will attempt to run enough activities to spread the crowds a little, but there is only so much that can be done when everyone has to be indoors. Our best advice is to pack a generous helping of patience and remember you're on vacation. (Or hole up in your cabin for some peace and quiet.)

Am I entitled to a refund or other compensation if no outdoor activities can be offered because of bad weather?

No, you are not. Cruise lines are not responsible for bad weather. If little to no outdoor recreation is possible, the cruise lines will increase their lineup of indoor activities.

Do ships ever sail into storms?

When it comes to storms, one of the advantages of cruising is that ships can move. Cruise ships have a slew of sophisticated technology onboard to monitor the weather. On top of that, cruise lines augment their onboard information with forecasts from weather assessment companies. If a storm is threatening the area a ship was scheduled to sail to, cruise lines will reroute the ships if the forecast is severe enough. While cruise ships can typically "outrun" most storms, passengers may still experience rough seas as their ship skirts the edges of a storm. On rare occasions, a ship may have to go through the outer bands of storm to reach safe haven in a port, though most times ships will go out to sea to avoid storms.

I've heard that a cruise ship in bad weather can list badly or almost capsize. Is that true?

All modern cruise ships have stabilizers to keep rocking and rolling to a minimum. But a cruise ship in bad weather can be buffeted about by rough seas and high winds. As we said previously, ship captains study forecasts and will alter course to avoid storms. However, sometimes rough seas are unavoidable or storms are worse than expected, as was the case in February 2016 when Royal Caribbean's Anthem of the Seas unexpectedly encountered 100-plus mph winds and 30-plus-foot waves. In these rare instances, a cruise ship can list enough to send deck furniture skidding and bar glasses crashing. However, we stress that these occurrences are few and far between, and while passengers might be scared or uncomfortable, the ship is typically not in any actual danger of capsizing.

Will I ever be cold? Don't all cruise ships go where it's warm?

Cruises are not restricted to warm climates. Alaskan cruises are especially popular, and though the Alaska season runs during the summer, it's not always warm. Similarly, cruises visit Europe year-round. You can even sail up the coast of Norway in the dead of winter if you want. Because weather is always variable, and you just never know when a cold front might show up, you should always bring at least one sweater or windbreaker with you, even on a tropical cruise.

Is there a best time of year to cruise to avoid bad weather?

Related: Pacific Hurricane Season Cruising: What You Need to Know

While there are some regions, like the Antarctic, that are susceptible to weather disruptions year-round, most areas of the world contend with bad weather on a seasonal basis. For instance, Caribbean cruises are most likely to be disrupted during hurricane season, which runs from June to November. Asia can experience cyclones any time, but the most active period is from July to November. The Alaskan low seasons are April to May (small-ship line Alaska Dream Cruises offers Alaska itineraries as early as March) and September because there is a greater chance of rain, cold weather and even snow. For a complete roundup of the best times of year to cruise to any particular region, check out Best Time to Cruise.

How can I find out more about the weather and cruising?