You may also like
Dismiss
How to Plan the Perfect Graduation Cruise
Top 10 Reasons to Cruise with Fred. Olsen Cruise Lines
Q&A with Carnival Spirit Captain Vittorio Marchi
8 Tacky Souvenirs Not to Buy on Cruises
Countries That Require Visas for a Cruise
8 Reasons To Do Long Cruises with Holland America Line
7 Deadly Sins of Cruising and How to Rise Above Them
7 Easy Things You Can Do to Help the Environment When You Cruise
The Pros and Cons of a Port-Intensive Cruise
How To Cope With Cruising's Pause? Plan Far, Far Ahead 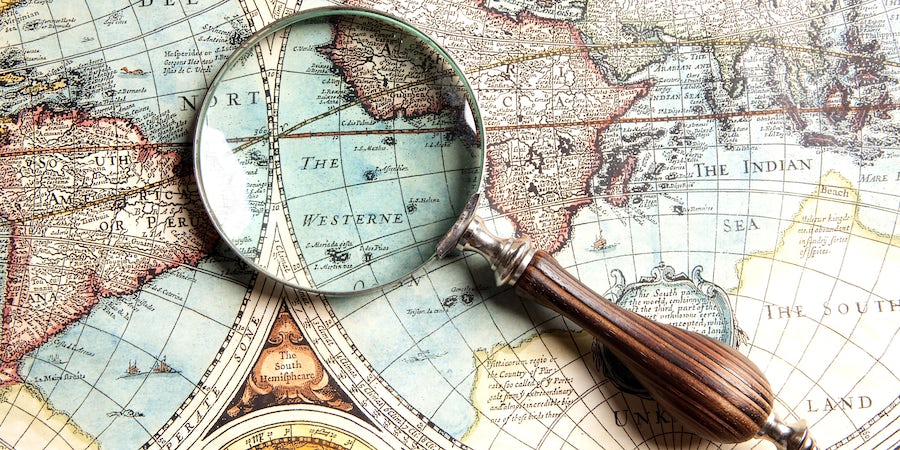 7 Reasons to Say Yes to an Around the World Cruise (Photo: Andrey Burmakin/Shutterstock)

7 Reasons to Say Yes to an Around the World Cruise

7 Reasons to Say Yes to an Around the World Cruise (Photo: Andrey Burmakin/Shutterstock)
Dori Saltzman
Contributor

Sail around the world for months. Call on 60 ports in 30 countries. Visit places you've only seen on TV or in travel magazines. Do it all while journeying aboard a comfortable -- even luxurious -- cruise ship, supping on fine meals, enjoying evening entertainment and sleeping on plush mattresses and sheets with high thread counts.

Related: 8 Ways to Get the Most from Your Pre- or Post-Cruise Stay

Here are seven reasons a world cruise really should be on your bucket list.

Exotic trips often demand long flights and several connections. Yet many world cruises depart from -- and return to -- ports in the U.S., U.K. or Australia, making the transit to your cruise ship relatively pain free. Just get yourself to Miami, Los Angeles, London or Sydney (or another convenient homeport), and the ship will take you to explore distant places in comfort, with more leg room and better food than any airline.

Related: Flying to Your Cruise: A Guide to Long-Haul Airports, Airlines and Flights

2. Unpack Once for a 20-Plus-Country Jaunt

Packing, unpacking and repacking over and over is never fun, so being able to visit some 20 to 30 countries in one trip while only unpacking once is quite a selling point. Of course you'll probably need a bigger suitcase -- and don't forget an extra bag for all the souvenirs you pick up along the way!

World cruises offer a "get out of winter" card. Most depart in January and head right for warmer climes in Latin and South America or the South Pacific. Then, as the year progresses and the southern hemisphere heads into winter, you'll sail back up north where spring and summer are gearing up. It certainly beats a month in a Florida timeshare.

When you're spending so many days at sea, there's no need to rush from port to port. The result? Longer stays in cities like Venice, St. Petersburg, Sydney, Tokyo and others, so you can explore, experience the nightlife or sample local restaurants. Plus, in some areas, you can hop off the ship for extended overland trips to visit inland attractions (such as the Great Wall of China or Australia's Red Center).

Cruise lines love their world cruisers and reward them with a variety of perks, from extra money to spend onboard and complimentary cocktail hours to VIP lectures, commemorative gifts and exclusive onshore experiences like dining in the Sultan's Palace in Istanbul.

Related: 7 Reasons to Be Loyal to Your Cruise Line

You can pack more than one bucket list experience into a monthslong cruise. In addition to visiting dozens of cities and seeing world-famous landmarks and attractions, you might also cross the International Dateline and equator, transit both the Panama and Suez canals, round Cape Horn, pass the Rock of Gibraltar and set foot on six of the seven continents.

7. No Cooking for Three Months

Related: Sailing Oceania Cruises' Marina in the Caribbean: Diving Into Food and an Excellent Wine List