You may also like
Dismiss
7 Reasons American Queen Is the Cruise Ship for You
The Piazza on Princess Cruises
Billboard Onboard on Holland America
Top 10 Things to do Onboard TUI Discovery
Pacific Explorer: What's Free -- and What's Not
Q&A with Carnival Spirit Band Music Manila
5 Things You'll Love About Holland America's Nieuw Statendam Cruise Ship
The Club By Jools on Saga Cruises
9 Free Things to Do on Norwegian Encore
5 Free Things to Do on Pacific Princess 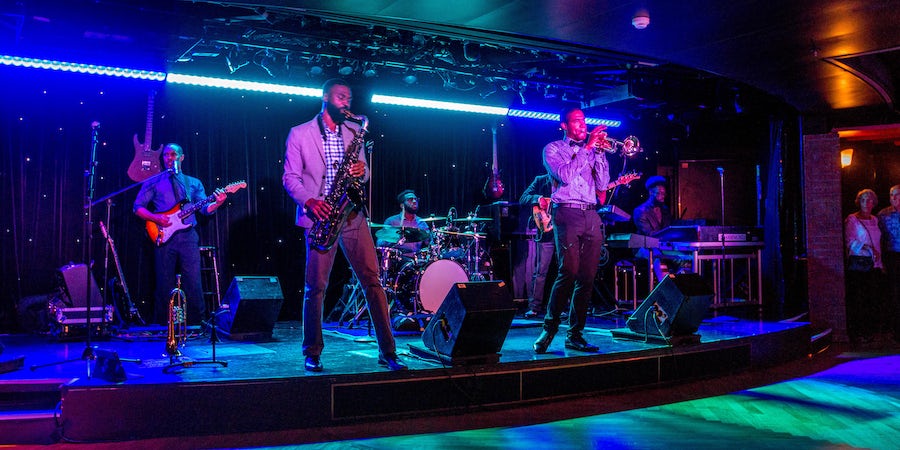 What to Expect on a Cruise: Live Music Onboard

Will there be live music onboard my cruise ship?

Every cruise line -- oceangoing and river -- provides live music as part of its entertainment offerings. From musical theater shows and a resident band playing popular radio standards in the atrium to piano bars, a classical quartet in a lounge or Caribbean music by the pool, many aspects of a cruise experience come with a live soundtrack.

Will the size of my cruise ship affect the types of live music I find on the ship?

Yes. Larger ships will have a greater variety of live music than smaller ships, meaning you're less likely to have jazz and line dancing and samba and classical music on a small ship. You also are less likely to encounter as much live music on a riverboat, apart from a singer playing the piano nightly and occasional acts that might board your ship as part of local enrichment. It is unlikely that there will be much -- if any -- live music on an expedition vessel, so check with your cruise line if live entertainment is a must.

What kinds of music can I expect to find onboard?

Music varies by cruise line, ship, itinerary, time of year, you name it. Most ships, at minimum, have an onboard band playing nightly, as well as a piano bar usually open from late afternoon on. On sea days, the band might also have daytime sets. Bands and piano players typically host theme nights once or twice a cruise, when they'll play various genres or the hits of a certain era or artist.

Most ships -- especially those covering warm-weather itineraries or departing from Southern U.S. regions like F