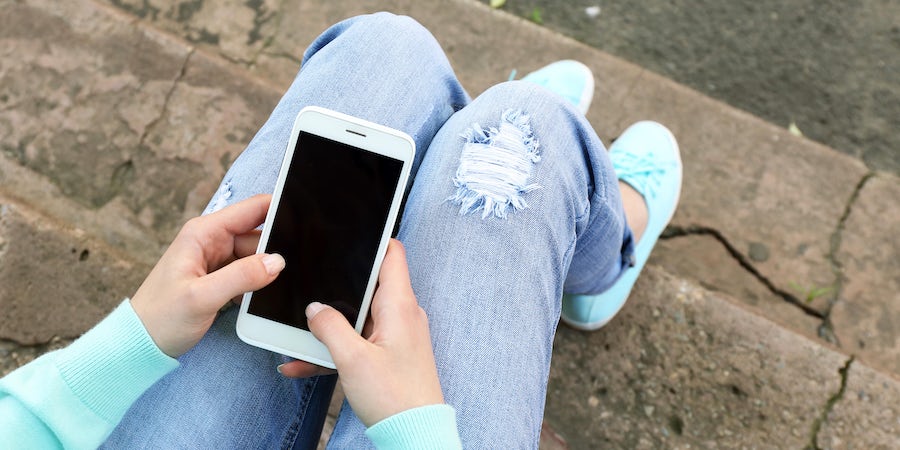 What to Expect on a Cruise: Using a Cellphone (Photo: Africa Studio/Shutterstock.com)

What to Expect on a Cruise: Using a Cell Phone

What to Expect on a Cruise: Using a Cellphone (Photo: Africa Studio/Shutterstock.com)
Cruise Critic
Staff

Because we know the topic of cell phone use on a ship can be confusing, Cruise Critic went digging for the details, not only the specifics of the individual cruise lines, but of the major cell service providers, which you may still be able to rely on for cell service on your cruise.

Can I Make Calls From My Cell Phone on a Cruise?

Technically you can use your cell phone on a cruise, but it's not always possible. Depending on where your ship is at any given moment, you might or might not have a phone signal through your own carrier. When you do have one, it's coming through an at-sea provider (Cellular At Sea for many cruise lines) and is considered a roaming charge by your cell carrier.

Unless you are on your at-home cellular provider’s cruise or international plan, rates can be exceptionally high. Verizon offers a $20 per month international plan for use on select cruise ships and airlines. If service is available on your cruise, you will receive an automated pop-up explaining the plan and its charges. T-Mobile’s Magenta and Magenta Max plans come with talk, text and data in 210 countries and onboard some cruise ships. Verify your plan’s coverage before leaving home.AT&T offers a $50 talk and text cruise plan and a $100 plan that includes some data..

When you're in port, your cell signal will typically switch to a carrier from the country or island you're visiting. Roaming charges in these areas vary; you'll want to check with your carrier for the pricing for each country you're visiting, some, like Mexico, Canada, and some Caribbean islands may be included in your plan. And even if they aren’t covered, the charges may still be lower than what you would pay onboard the ship.

Can I Send or Receive Text Messages? How Much Will It Cost?

It's possible to send and receive text messages at sea on a cellular signal, as long as you have a signal through your ship's roaming network. (Just make sure you turn on data roaming in your settings.) Texting costs a lot less than a voice call -- usually in line with standard, international "pay as you go" rates. Most major carriers charge $0.50 to send a message or deduct messages from your monthly allotment.

As we said in the previous answer, many carriers also offer discounted international packages, where you can either prepay a flat fee for a set amount of text messages and/or data to use overseas or pay a flat daily fee for unlimited text messages and data usage. Check with your specific provider for details. On the flip side, you have no control over incoming text messages, so if you receive any while you are using your phone via the ship's signal, you will be charged.

Alternatively, turn off your cellular data and use your phone's Wi-Fi capability to send and receive text messages (such as iMessages on an iPhone). You can also use messaging apps like WhatsApp, which will also function over your ship's Wi-Fi network. Since you're probably already paying for Wi-Fi, this can be a more economical option than buying Wi-Fi and paying for roaming charges on your phone.

How Much Does It Cost to Use the Internet on My Phone if I'm Roaming?

Data use onboard a cruise ship is ridiculously expensive, especially because it tends to add up quickly. Always remember to put your phone in airplane mode or turn off data roaming before you head out to sea and don't want to be smacked with a hefty bill upon returning home.

Even in port, the rates get pretty high. Most carriers, however, offer special plans or travel passes (for an additional fee) that allow you to use your domestic plan allowances while in port. Most T-Mobile plans include unlimited texting and data at up to 2G speeds in 210-plus countries. On the other hand, Verizon's TravelPass and AT&T's International Day Pass charge $5 to $10 per day for travelers to text, call and use data based on the plan they have at home. Without the pass, pay-per-use data rates for both carriers costs more than $2.00/MB on land.

Bear in mind that there also might be a limit to how much data you can use per day while in port, and you'll be charged an overage fee each time you exceed it. If your plan doesn't include international data and you don't want to purchase a travel pass, you can always look for Wi-Fi at a local restaurant or bar.

If you do wish to access the internet while onboard, you can connect to the ship's Wi-Fi. As we mentioned, most ships charge for Wi-Fi usage, so you'll need to compare data roaming prices against the ship's internet charges to see which is a better deal.

Will I Be Charged for Unintentional Phone Use By My Cell Company?

Can I Use My Apps on a Cruise Without Being Charged Extra?

You won't pay extra for using any app that does not require data or is not connected to the internet. Apps such as games, food diaries and music or video players that have content already downloaded onto the phone can be used while your phone is in airplane mode without racking up any charges. You also can use your phone as an alarm clock, but you'll have to manually set the time if the time onboard changes.

Using your phone to take pictures won't incur any charges, but they won't be backed up to the cloud unless you're connected to Wi-Fi on your ship or in port. Any apps that must be connected to the internet to work -- such as Facebook, Instagram, Twitter and Instagram -- won't work without data or Wi-Fi, and if they're connected to data, they will quickly rack up charges you don't want to pay.

Are There Any Apps Provided by My Cruise That I Can Use on the Ship?

Most cruise lines provide at least one app for their passengers, though not all can be used while on your cruise ship (some are targeted at people still researching and planning their cruise vacations). For apps designed to be used onboard, you do not need to pay to use them for functions like looking at deck plans, making restaurant reservations, looking at shore excursion choices, checking your onboard spending and other similar activities. Some apps provide communication features like texting or calling other people on the same ship who also have the app. This feature can cost money, depending on your cruise line. Check with your cruise line to find out which app(s) it offers, which ships support app functionality and if there are any costs associated with using them.

Can I Use Wi-Fi on My Cell Phone?

Yes, you can use the Wi-Fi feature on your cell phone to connect to your cruise ship's Wi-Fi, but you will have to purchase an internet package. Make sure you have disabled location services and auto refresh on all apps (like email apps) that aren’t in use so they don’t burn through your Wi-Fi plan needlessly (if there are daily limits). If your phone has Wi-Fi calling capability, you can make calls, but again, you'll need to weigh the details of your cruise's Wi-Fi package in terms of data limits and overage costs (not to mention Wi-Fi quality). Many ports offer free Wi-Fi to cruisers, but be aware these are open networks with limited security in place.

Can I Video Chat Like Zoom, Skype or FaceTime?

Can I Use the Ship's Phone to Call Home?

Yes, you can use the ship's phone to call home. Prices are high, but can be a little less than what your cellphone company will charge you. For instance, Royal Caribbean charges a hefty $7.95/minute, but Carnival only charges $1.99/minute. If you really need to make a phone call during your cruise, your best wallet-conscious bet is to wait until you're in port and use Wi-Fi calling or buy a phone card. You can also check with your phone carrier to see if there is an international calling plan you can purchase for the duration of your trip for use in port. An international calling plan will often significantly lower the per-minute cost of any phone calls you make while traveling (but won't cover calling or use on sea days).

For More Information About Phones and Internet at Sea, Check Out the Following: