You may also like
Dismiss
10 Reasons to Take a Cruise over a Land Holiday
Which Royal Caribbean Suite Should I Book?
MSC Meraviglia vs. Harmony of the Seas
MSC Seaside vs. Carnival Vista
Meraviglia Class vs. Seaside Class on MSC Cruises
Holland America vs. Viking
The 5 Best Balcony Cabins for Your Next Cruise
Solstice Class vs. Edge Class on Celebrity Cruises
8 Reasons to Cruise on a Refurbished Ship
Virtual Cabin Crawl: Symphony of the Seas Cruise Ship 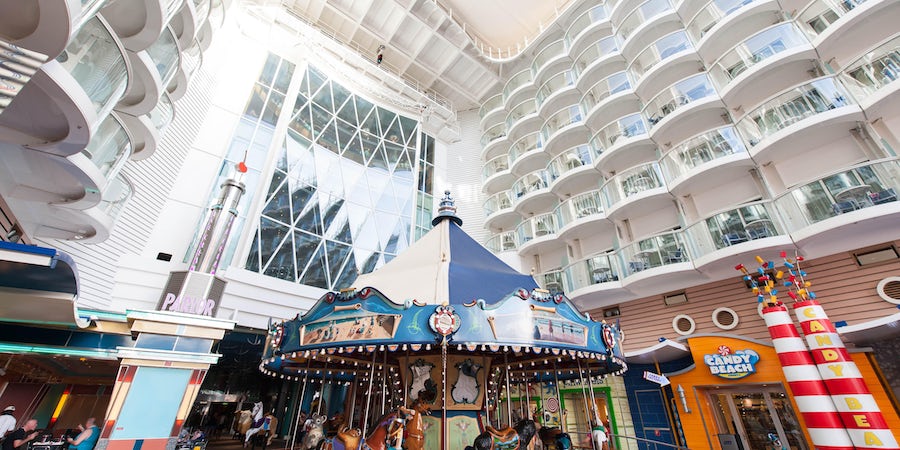 Allure of the Seas kids

"What cabins should I avoid on my cruise?" It's a question that first-time cruisers and even those who've been on a few can't help but wonder when planning their vacation. In fact, the process of choosing a cruise ship cabin can be more challenging than you think, making it a challenge to any novice trying to figure out what cabins to avoid on their cruise. To help you, we've compiled a list of the worst cabins aboard almost any big cruise ship, from cramped interior rooms to the noisiest rooms on a cruise. Heed our advice so you can find the best cabin on a cruise ship, hopefully letting you wake up a tad more refreshed during your vacation.

1. Interior Cabins That Are Cramped and Often Windowless

Interior rooms, also called inside cabins, are usually some of the cheapest on any cruise. But you're usually making some big sacrifices to score that bargain. For starters, they are generally small -- and that's by already compact cruise cabin standards.

To give you an example of just how small interior rooms can be on a cruise, the average master bedroom in an American household runs about 200 square feet. And while some lines have decently roomy interior cabins, like Carnival's standard inside cabins (185 square feet), things generally get more compact from there. Royal Caribbean's inside rooms on Wonder of the Seas can be as compact as 149 square feet, though most measure 172 square feet (and there are even 260 square-foot Spacious Interior Staterooms).

Before booking an inside cabin, carefully read dimensions and check out deck plans before booking. You'll want to see whether an interior-facing balcony is included in the total square footage, which means the room itself may be even tinier. Additionally, just because you've sailed with a line before doesn't mean that they've maintained the size of their interior rooms as they launch new classes of ships.

It's important to note that some cruise ship rooms on newer vessels seem to be smaller than those found on their older siblings. For example, Haven suites on Norwegian's Breakaway and Getaway are smaller than the suites on its Gem-class ships. Even if you've sailed a line before, don't assume cabin sizes are similar from ship to ship.

If a view is important to you, make sure you know what you're getting before you book. An obstructed-view cabin might cost less, but the quality of the vista varies from room to room. One view might be only partially obstructed, meaning that sunrises and sunsets over the ocean may still be mostly visible. However, other obstructed-view cabins might look out onto a lifeboat.

For instance, among Majestic Princess cabins to avoid are the obstructed view balcony cabins -- with a caveat, of course. While lifeboats, ship hardware, and structural obstructions can be found in these rooms (especially on lower decks), others billed as obstructed view cabins seem to be called so because they overlook the promenade or pool deck. Meanwhile, passengers on Caribbean Princess vow that even cabins categorized as having a fully obstructed view still provide room for photo ops and oceangazing.

It's helpful to read the reviews of others who have stayed in the room that's caught your eye to know which cruise ship cabins to avoid. The Cruise Critic boards offer thousands of reader reviews and feedback from cruisers across every line, making them a great place to start.

Check It Out: Cruise Ship Rooms: What You Need to Know About Choosing Your Cabin

Failing to check the deck plan is a rookie mistake that might put you in a cruise cabin to avoid. Why? If you're a light sleeper, you'll want to locate loud daytime and late-night venues. Anything near a dance club, sports venue, lido deck or all-night eatery could mean throbbing bass, bouncing basketballs and the sweet sound of deck chairs scraping well into the night. You'll also want to steer clear of rooms near the galley unless you like a soundtrack of bumping, rolling, shouting and stomping around the clock.

It's widely agreed that the best passenger deck to choose is one sandwiched between other passenger decks -- you might run into noisy neighbors, but it's unlikely they'll have access to pots, pans or a high-tech sound system. Additionally, a cruise line will be more equipped to handle a passenger noise complaint rather than a request to move your cabin on what could be a fully booked ship.

Keep in mind that any rooms or suites near kid-friendly outdoor amenities might not be the most calm either you'll very likely be near children in other rooms. Cabins near the kids' club also tend to have more families, which may or may not mean a little additional noise outside your room.

You'll also want to identify where crew service entrances are located -- stories of slamming doors day and night are common. Elevators and staircases can also be high-traffic, noisy areas of a cruise ship (that are near cabins on some ships).

And don't forget the cruise ship engine. While humming noises put some to sleep, the loud buzz of machinery might not exactly be restful to others, making these some of the worst cabins on a cruise ship. Passengers on the lowest deck are most likely to hear engine or even anchor sounds.

A view is always preferable to no view, but beware: Cabins that open onto a promenade deck offer little privacy, even with curtains closed. This was the complaint of one cruiser in an oceanview cabin on the lower promenade deck of Holland America's Volendam. The line's Lanai cabins boast sliding-glass doors with one-way views offering total concealment, but don't forget to shut them if you're planning a private moment -- this isn't your backyard.

Other cruise ship cabins to avoid if privacy is at the top of your list include the mini-suites beneath the SeaWalk on Royal Princess and Regal Princess and cabins facing the Boardwalk and Central Park areas on Royal Caribbean's Oasis-class ships. If you're on the lowest level of these cabins, you might find yourself keeping your curtains closed for the length of the cruise to keep out prying eyes. Forward cabins with balconies can also lead to privacy concerns. They are often tiered, allowing those above to see directly onto your balcony.

Rough seas or not, motion sickness can ruin a cruise vacation. If you know you have a history of seasickness -- or you're not sure -- your best cabin on a cruise ship will be the more stable cruise ship rooms at midship and on a lower deck, where rocking motion is less likely to be felt. A cruise ship balcony room might be worth investigating if you're prone to seasickness, as being able to see the horizon line may reduce nausea.

Rough waters can be anticipated by itinerary and the time of year you're sailing. Generally, in the winter months, seas are rougher (especially in the Atlantic). If you don't have a stomach of steel, the cruise ship cabins to avoid are the ones located in parts of the ship that could make you queasy, at the front or back. A deluxe suite at the front of the ship might come with lots of perks, but you won't be able to enjoy them with your head in the toilet.

Get the Facts: Dramamine vs. Bonine

We're not saying that guarantee cabins should be avoided outright if you're holding out hope that you'll get an upgrade. However, if you want to be sure that your room won't be a pitching, noisy or tiny cabin, you'll probably want to steer clear of this booking scheme. A guarantee cabin isn't actually a type of cabin, but rather a method of booking a cabin. You pick your upgrade by selecting the minimum cabin category that appeals to you, and the cruise line assigns your cabin based on availability closer to the date you leave.

The potential for an upgrade is appealing, and if you're cruising on a budget and don't have a particular issue with any of the cabin dilemmas listed above, then a guarantee cabin could be worth your while. But the gamble could also place you squarely above the anchor, next to a crew entrance or below the theater. What's worse? You'll have no recourse to complain if you end up with something you don't like.