You may also like
Dismiss
5 Reasons Why Norwegian Pearl Is the Cruise Ship for Themed Cruises
Fathom's Ernest Hemingway Tour in Havana
Can I Cruise While Pregnant? What You Need to Know
Single Parent Cruise Advice: Your Questions Answered
How to Retire or Snowbird on a Cruise
Countries That Require Visas for a Cruise
How to Apply for a Cruise Visa
7 Ways for Seniors to Save on a Cruise
7 Easy Things You Can Do to Help the Environment When You Cruise
Cruise Policies & Inside Information 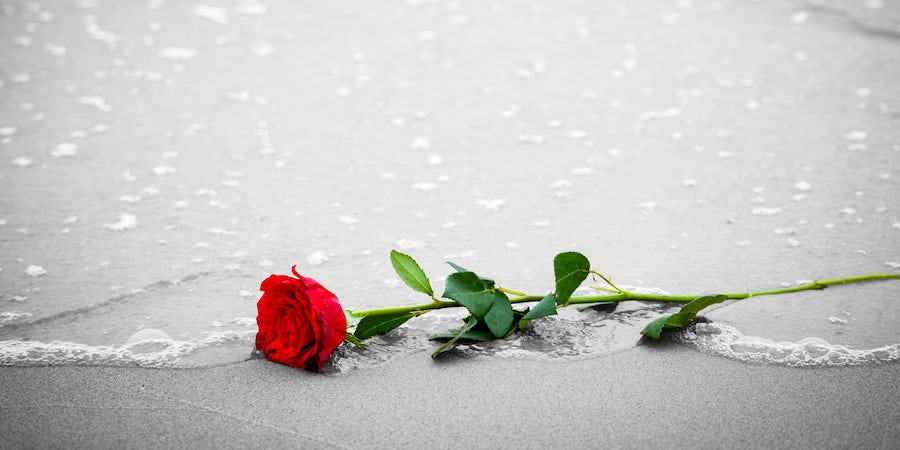 When a Passenger Dies at Sea: What You Need to Know (Photo: PHOTOCREO Michal Bednarek/Shutterstock)

When a Passenger Dies at Sea: What You Need to Know

When a Passenger Dies at Sea: What You Need to Know (Photo: PHOTOCREO Michal Bednarek/Shutterstock)
Dori Saltzman
Contributor

People die every day, even on vacation, even on a cruise. Sadly, this happens more often than one might think. According to the Broward County Medical Examiner's Office, which is where any deaths on cruise ships that stop at Fort Lauderdale's Port Everglades must be reported, some 91 people have died on cruise ships that arrived in Fort Lauderdale between 2014 and 2017.

While no cruise line would give Cruise Critic an exact number of deaths per year, one cruise line insider who asked to remain anonymous said, up to three people die per week on cruises worldwide, particularly on lines that typically carry older passengers.

The vast majority of deaths on cruise ships are natural, with most the result of heart attacks. But even when death is not entirely unexpected, such as when someone with advanced-staged cancer chooses to cruise, it's shocking to family and friends, whether they're on the cruise ship or on land.

But what happens when a passenger passes away while at sea or in a foreign port? What happens to the person's body? And what do that passenger's family or friends have to do? Here, we take a closer look.

How Do Cruise Lines Help Family and Friends?

It is impossible for a person to be prepared for a loved one's death but the cruise lines are, and they're quick to step in to help.

"Our crew is proactive," says a spokesperson for Carnival Cruise Line. The line has procedures in place for dealing with these situations, including employees specifically trained to provide emotional and logistical support to grieving loved ones.

Irrespective of cruise line, when a passenger dies on a cruise ship, someone from the company's Guest Care Team is immediately assigned to help the deceased's family and friends.

"Care Team members are trained to deal with grieving people, but they are not grief counselors," the Carnival spokesperson said. "They are trained to help deal with the details of repatriating a body and contacting a funeral home." In addition to helping friends and families work with local authorities, make travel arrangements and deal with insurance, Care Team members will provide free Internet and phone use onboard. They'll drive the deceased person's travel companions to a hotel if they choose to disembark the ship and even stay with them until they can return home. They also do post-cruise follow-up.

How Do You Get Your Loved One Home?

The biggest concern many loved ones face is how to bring the body home from the ship for burial. Whether the body must be immediately repatriated from a foreign port or can stay onboard depends on a number of factors, including where the ship is at the time, which ports it's visiting and what the Flag State of the ship is (i.e., where the ship is registered).

According to the Cruise Lines International Association, the latter two can have requirements that necessitate the off-loading of anyone who's died, or preclude the line from being able to offload a body. Additionally, the U.S. Centers for Disease Control and Prevention requires that any ship that calls or homeports at a U.S port must immediately report any deaths onboard.

Bodies can be stored in shipboard morgues as needed, though not for much longer than a week. Each oceangoing cruise ship is required to carry body bags and maintain a morgue. Separate from food storage areas, most morgues are small, with room for three to six bodies.

On standard Caribbean sailings, remains are often kept in the cruise ship morgue until the vessel returns to the United States, where a death certificate can be issued by the local medical examiner's office. However, as stated above, port authorities in any of the ports visited by the cruise have the right to require an examination of anyone who's died, as well as the off-loading of the body.

But when the ship is far from its homeport or doesn't have a homeport, the body must be repatriated from somewhere.

It's not always easy. When someone dies on a South Pacific sailing, his body will most likely remain in the ship's morgue until the ship returns to a more major port, as few, if any, of the islands on such an itinerary are equipped to handle repatriation. Likewise, authorities in many small African and Asian ports with third-world infrastructures will often refuse to allow human remains off the ship. However, alternatives can be found, if necessary, such as when a ship won't be visiting a larger port anytime soon.

For example, after a Paul Gauguin passenger died on a small island in the South Pacific, the body was first brought back to the ship but then transported to a local hospital in Raiatea where it was stored until it could be sent to Papeete, Tahiti. From there, the family of the deceased was able to coordinate with the cruise line's port agent to send the body back to the United States.

Generally speaking, the first large port city the ship calls at is where the body will be offloaded, taken to a medical examiner's office and repatriated. But each country has its own rules and regulations about accepting bodies, declaring cause of death and repatriating remains.

That's where consular offices come in handy. U.S. consulates, for instance, will help the family of the deceased in making arrangements with local authorities for preparation and disposition of the remains. They'll even serve as provisional conservator of the person's estate if no one else is able to do it.

Who Pays for Repatriation?

Neither the consulate nor the cruise line pays for anything related to bringing a loved one home; they only help the family make arrangements. And repatriation, with all its necessary paperwork and hassle, is not inexpensive.

Make sure your trip insurance plan includes repatriation as that will cover the bulk of these expenses. Depending on the insurance company, you may also get help sorting through all the paperwork and requirements.

So, while no one wants to talk about the possibility of death during a cruise, if you or someone you're sailing with is ill or in the later years of life, purchasing a travel insurance policy is highly recommended by cruise industry insiders.