You may also like
Dismiss
Cunard Line History
10 Great Tips to Help You Relax on Your Cruise
The Fine Art of the Transatlantic Crossing
Cruise Critic Members Share 6 Tips on Planning a Transatlantic Cruise
Planetarium on Cunard's Queen Mary 2 Cruise Ship
10 Things to Do on Queen Mary 2
Science Cruises: Astronomy, Nature and More at Sea
Things to Do in Long Beach Before a Cruise
The 10 Most Popular Episodes of “Cruising with Jane McDonald”
How Reassuring are New Cruise Cancellation Policies Really? 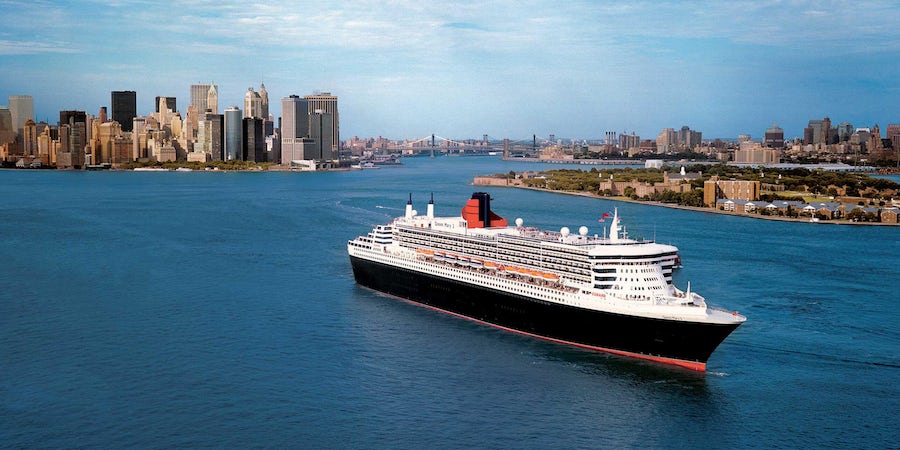 A transatlantic cruise, otherwise known as an Atlantic crossing, can be one of the cheapest and best values in all of cruising -- particularly if you like a lot of days at sea, are not prone to seasickness, and have a broad definition of entertainment.

There are two distinct types of transatlantic cruises.

The first, which we dub a "repositioning" voyage, takes place in spring and fall, when many cruise lines move their ships between seasons in Europe and in the Caribbean. Depending on a ship's speed, it generally takes between six and eight days to cross the Atlantic. Many lines will add a few ports of call, and this may stretch the length of the cruise to two weeks or more.

The second, an entirely different option, is Cunard's Queen Mary 2, a true ocean liner that crosses the Atlantic for the fun of it. The trips, which typically travel between England's Southampton and New York City, last seven days, all of which are at sea. (The line does also offer longer itineraries with stops in between.)

Which Transatlantic Cruise Is the Best Fit for You?

If you love a cruise bargain, take a look at the repositioning option on the mega-ships, which is generally one of the cheapest deals you will find all year. Fares can often hover at about$75 per person, per day. On the other hand, Queen Mary 2's regularly scheduled Atlantic crossings are rarely on sale. The cabins tend to start at about $150 and can run even higher (again, per person, per day).

Beyond budget, another qualifying factor to consider is the length of the trip. If you have lots of vacation time to burn and want low stress days, few decisions-to-make during your trip, repositioning cruises can make nice long and reasonably priced getaways. If your time off is more limited, Cunard's scheduled crossings can work well for those seeking a weeklong holiday or want to take a pet along. (Pets travel in the ship’s kennel but get daily exercise time and visiting time with their owners several times a day).

Finally, there's one more factor that's important to consider, regardless of which option you choose: Because you won't be traveling round trip to and from the same port of call -- unless you do one of Cunard's back-to-back transatlantics -- you'll have to factor in the price of a one-way airline ticket, which can sometimes be quite expensive.

For bargain hunters, spring, and fall -- when the big ships are making moves to their new seasonal homes -- are absolutely the best times to travel. On Queen Mary 2, which offers scheduled crossings almost year-round, the warmer months generally offer calmer seas and more sunshine during the crossing.

Lines that transfer ships between the Caribbean and Europe and offer Atlantic crossings, include:

Typically, these lines schedule their repositionings in April or May (from the Caribbean to Europe) and in September through November for the return trip from Europe to the Caribbean.

Luxury lines also offer fairly no-nonsense Atlantic crossings that last about two weeks and visit a couple of ports on the way to their final destinations. These lines include, but are not limited to:

Atlantic crossings take varying routes. If the ship is headed to the Baltic, it will likely take the northern route. Those aiming for the Mediterranean will cruise the southern route.

A traditional repositioning might depart from North America (Fort Lauderdale or Miami, for example) and spend eight days at sea before visiting its first port of call at Tenerife, part of Spain's Canary Islands. The ship then takes on the characteristics of a more traditional Western Med cruise, with back-to-back calls on ports in Spain, France and Italy, before ending at its seasonal homeport of Civitavecchia.

If you want more crossing and less cruise, look for trips with itineraries that are less than two weeks. For example, a trip that's 12 nights long might stop at just one port of call (perhaps Portugal's island of Madeira) before winding up in Barcelona. There might be seven straight days at sea upon leaving Miami, with two more between Madeira and Barcelona.

Some cruise ships simply take longer to travel the same distance. The ultra-relaxed crossings on lines like SeaDream Yacht Club and Windstar have attracted a dedicated group of "regulars" who meet up every year (or twice a year) on repositioning voyages.

The most time-efficient crossing of all is on one of the scheduled voyages aboard Cunard's Queen Mary 2. The quickest choice is a seven-night trip, all sea days, between Southampton and New York or vice versa.

If you want to combine a crossing with a cruise, and time is no object, there are a handful of sailings, on lines ranging from Princess to Seabourn, that feature the best of both. Lasting at least three weeks, these combo voyages feature lots of ports, especially more exotic places, along with the restful days at sea that a crossing provides.

The closest port to North America's East Coast, Bermuda -- whether your ship is docked at the Royal Naval Dockyard (generally referred to by cruise lines as King's Wharf) or right in the heart of Hamilton -- is a multifaceted destination. The British-influenced island has world-class golf, art galleries and historic attractions, such as Fort Hamilton and St. George's Holy Trinity Church. It celebrates its maritime tradition with the Bermuda Aquarium and The Bermuda Underwater Exploration Institute. There are superb water sports opportunities, from scuba to reef fishing, as well as gorgeous pink-sand beaches.

In this archipelago of nine mountainous islands, closer to Europe than North America, Ponta Delgada, the primary port of call, is known for its subtropical atmosphere and lush flora and fauna, as well as its rugged volcanic beauty. Among the big draws are its small villages and its scenic vistas, but the town of Ponta Delgada -- with its squares paved in black and white tiles, stunning churches and terrific, moderately priced seafood restaurants -- is equally charming.

With its lush, mountainous landscapes, Funchal (named for the vast amounts of fennel that grow wild there) reflects its Portuguese heritage. The port offers a range of activities that include walking the levadas (irrigation ditches turned hiking trails), gentle nature hikes, shopping for local crafts and embroidery, and tobogganing down the mountain in a wicker two-seat sled.

Tenerife, a volcanic island that is the largest of the Canaries, is dominated by the gigantic 12,402-foot-high Mount Teide. A day in port is not enough time to sample all that Tenerife has to offer, whether it is picturesque beaches or banana plantations. You can scale a snow-capped mountain, stroll aimlessly through charming villages, hike through a pine forest or play a round of golf.

Gibraltar, a British Crown Colony, is an isthmus off the coast of Spain. As you sail through the Straits of Gibraltar from the Atlantic Ocean, you are officially entering the Mediterranean Sea. The 1,400-foot-high "rock" itself is a limestone formation, riddled with as many as 140 caves. Traveling to its summit is easy -- and offers splendid views -- via a cable car. At the top is a nature preserve, populated by Barbary apes (macaques). (They're better to watch than to engage.) The old town itself feels more British than anything else, with pubs offering fish and chips. U.K. chains like Marks & Spencer have outposts there.

On standard repositioning cruises, lines might add some additional activities to occupy passengers on all of those consecutive sea days. But there is only so much trivia, Texas Hold'em, afternoon napping, wine tasting, and mini-golf one can handle.

Think seriously about how you would like to spend those long days at sea. Many passengers bring supplies for portable hobbies such as knitting, needlepoints, drawing and sketching. This might also be the perfect time time to organize all those digital photos from past trips, to finally start (or finish) that novel you’ve been writing, or to reboot your fitness regime. Also, be sure to stock up on reading material by loading up your iPad or Kindle with books you know you want to read. Or pack books you are willing to part with by swapping with other passengers or leaving behind.

Most cruise ships have some sort of library – some better than others – but if you like a certain type of reading, you may find the choices limited or the best volumes checked out.

Because Queen Mary 2 specializes in cruises with consecutive sea days, it features a long list of both traditional and genuinely unique options. The choices range from music, dancing (and dance lessons), to theater performances, lectures and classes by top-of-their-field guest speakers and some true celebrities, art courses, planetarium shows, and even fencing instruction.

As with any cruise, having a balcony can make your cabin feel larger and offer the opportunity to sit outside in your bathrobe, or let in some fresh air. But due to inclement weather, ocean winds and an unchanging view of water, water, and more water, and the occasional sea bird, you may find that you may not use your balcony all that much.

If the price is right for your budget, by all means get a cabin with a balcony. But if the splurge means cutting back on something else that will otherwise make the days at sea more enjoyable, get your fresh air on the deck.

When crossing the Atlantic, the weather can be unpredictable. Plan to layer up in case of cool temperatures and windy decks. But do not forget warm-weather necessities such as shorts, bathing suits, a light jacket and a hat.

Most ships have laundry service and in-cabin laundry lines for your wash and wear items. But keep in mind that, unlike a cruise with port stops, on a transatlantic crossing you will not have the option to pop out to a shop if you have forgotten to pack an evening gown (or tuxedo) if there are formal nights you want to participate in. Some ships stock formalwear in their shops, and some will even rent key pieces of formal ensembles but be sure to check the “what to bring” list and dress code before you board.

The Atlantic sea can be rough and although ship captains have some options to maneuver around storms and choppy waters, even experienced cruisers with the strongest of stomachs should be prepared just in case. Ships will likely have Dramamine and other seasick remedies to offer you, but you may have to buy it by the pill and you may not feel like leaving  your cabin to get it if you’re feeling woozy.

We already mentioned this one, but it is worth repeating: If you are shopping for a good deal on a crossing, make sure to consider the costs to get to and from the embarkation and debarkation ports, since these are not round-trip sailings.

Know the timing of the direction you choose

Which direction is best? If you cruise westward, you will wind up with a handful of long days and reminders to keep setting back your watch. Going east? You get cheated of an hour, with some 23-hour days. In either case, however, you get to avoid an important travel negative: There's no jet lag on an Atlantic crossing!