You may also like
Dismiss
5 Ways to Get a Cruise Ship Cabin Upgrade
Unsold Cruise Cabins: How Cruise Lines Fill Them and How You Can Snag One
Exciting Places Cruise Lines are Sailing to in 2022
What British Travellers Need to Know About Entry Requirements to the US for a Caribbean Cruise
The 22 New Cruise Ships We're Excited About For 2022
Is the CDC Canceling Cruises? We Answer This and Other Omicron Cruising Myths
How to Prepare for a Cruise Ship COVID-19 Quarantine and Other Worst-Case Scenarios
Cruise Quarantine 101: What You Need To Know Before You Sail During a COVID-19 Omicron or Delta Surge
8 Perfect Cruise Line Private Islands for Every Type of Traveler
What's it Like to Cruise During COVID-19 Omicron Surge? Cruise Critic Members Tell Us 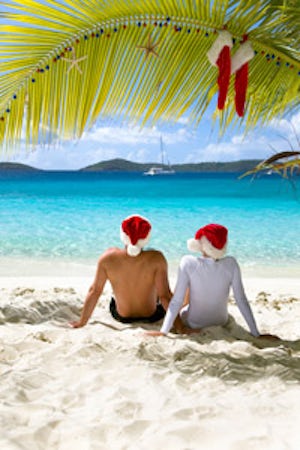 Redirected: Tips: How to Score a Peaceful Holiday Cruise

The festive atmosphere on holiday cruises, all twinkling lights and Santa cheer, is a big draw for families with kids, and ships routinely sail at full capacity. Minors under age 21 often make up one third of the passenger load -- we're talking in the neighborhood of 1,000-plus kids -- on the biggest ships of Carnival, Royal Caribbean, Norwegian and Disney, lines that don't routinely restrict the number of minors booked on any particular cruise.

But what's festive for families with kids can be a nightmare for those seeking a more peaceful, relaxed and child-free ambiance.

Related: Family Cruising on a Luxury Cruise: What to Expect

Though the vast majority are well behaved, rambunctious kids can spoil a cruise -- during the holidays or any other school vacation time -- for everyone. One of the most contentious issues on Cruise Critic's message boards is that of kids-run-amok; community members report on fist fights, excessive profanity, elevator "games," stairwell hang-outs, and deck-chair-tossing contests (they hurl them overboard).

For the child-free seeking to sail on a holiday voyage, there are two points to keep in mind when selecting a cruise line and a cruise ship. First:

Cruise lines say they are cracking down on troublemakers with roving uniformed security guards who keep an extra eye on younger passengers. Many have developed a three-step program; if a child is problematic, parents first get a warning. Next occurrence? There's a meeting with a security officer and/or the hotel director. The family might even be required to sit down with the captain. And, finally, if there's no improvement, cruise lines such as Royal Caribbean, Carnival and Norwegian say they will disembark the family at the next port of call -- at the passengers' expense.

Some cruise lines are going a step further and taking a more positive, pro-active approach, which targets teens in particular. "Teens have and always will be a rather difficult group to cater to," says Kieron Buffery, a cruise director on Norwegian's Norwegian Dawn. "Some teens get right into the program but some just want to do their own thing and hang out in stairs! This is a challenge we face from time to time, but we are always striving to cater to this age group."

If you're skeptical that child-management strategies will successfully rein in troublemakers, we suggest this key tip: Avoid a family-focused cruise altogether. Some additional hints: Across the board, smaller ships attract fewer families; you can expect a handful, but there will hardly be enough to change the atmosphere. The intimate ships of high-end lines like Silversea, Seabourn, SeaDream Yacht Club and Regent Seven Seas Cruises are genteel, dignified and geared to adults (and also among cruise-dom's most expensive voyages). While there may be kid-oriented facilities to some extent, these lines will never attract "the masses."

The Caribbean, Mediterranean and Canary Islands are family central -- so go elsewhere. And there's plenty of choice. During the holiday months of November and December cruise lines base ships in other appealing regions of the world as well, namely the Far East, South Pacific, Hawaii, and even Antarctica. Norwegian, Princess, Holland America, Celebrity, Royal Caribbean, Star Clippers, Regent, Silversea, Seabourn, Windstar and Crystal are among the cruise lines to offer more off-the-track itineraries during the holiday season.

Families tend to take week-long or shorter cruises. Choose a longer itinerary, and you're pretty much guaranteed to be sailing with few kids. If you're set on the Caribbean, choose a 10- or 11-night itinerary, particularly those that include a partial Panama Canal transit.

Often, older vessels in the fleets of major cruise lines attract a more senior (and less young-family-oriented) passenger base. That's primarily because kid facilities are usually limited on the smaller of the mass-market vessels and also because they often sail longer, more exotic itineraries. Among the pretty safe bets in this category are Princess and Holland America Making the Best of the Big Newer Ships?

Then upgrade to suites for a more intimate experience, and book tables at ship's alternative restaurants. In particular, good choices include Celebrity's Millennium- and Solstice-class ships, for instance, which offer significant pampering amenities in the highest category staterooms and fabulous restaurants -- if the cover charge doesn't deter you. On Norwegian's newest ships, the lavish Garden Villa suites -- with three bedrooms, huge patio, dining room, grand piano and oceanview bathroom -- offer little reason to stray. At the very least, try to book a verandah cabin for some outdoor privacy and take advantage of room service.